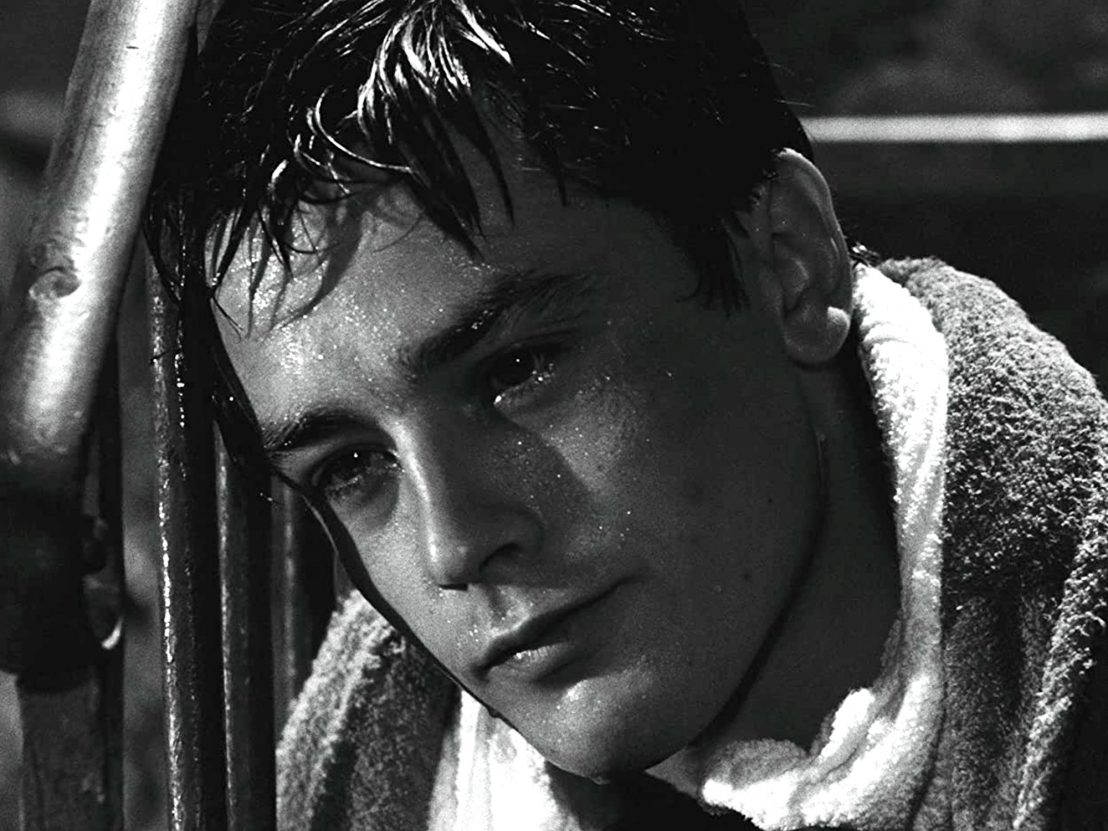 Luchino Visconti saw an innocence in the catlike beauty of Alain Delon that countered the rest of the French actor’s career and character. In his heyday between the 1960s and ’80s, Delon had a magnetism that gave him dangerous powers, as well he knew. “I was very, very, very handsome,” he told GQ in 2018. “Women were all obsessed with me.” Directors cast him in parts that exploited those looks to nefarious ends. His most famous roles ran from coolly detached in a trench coat in Jean-Pierre Melville’s stripped-back crime thrillers to downright murderous as the original talented Mr Ripley in René Clément’s Plein Soleil.

Still alive today at 84, despite suffering a stroke last year, his star has fallen amid homophobic comments and fascist leanings after he aligned himself with the National Front in 2013 – not that this stopped Cannes awarding him an honorary Palme d’Or in 2019. His last big screen outing of note was as Julius Caesar in 2008’s Asterix at the Olympic Games.

Back in the ’60s, Visconti tapped into a reservoir of simple goodness both times that he cast Delon. The actor possesses a watchful stillness that often resembles a predator sizing up its prey. In 1960’s Rocco and his Brothers that same stillness is used to convey a quiet boy who fades into the background of his rambunctious family until they need him, at which point his will to martyrdom knows no rational bounds.

Rocco explores the prospects of peasant-turned-working-class Italians. The newly widowed Rosa Parondi (Katina Paxinou) relocates with her four sons from a small farming village in the South to Milan in the North hoping for that archetypal dream: a better life, choosing the city where her fifth son lives with his wife. Where Visconti’s lavish masterpiece The Leopard, made three years later, is all ballrooms and banquets, Rocco is cramped apartments, factories, bars, boxing gyms; rejoicing at the sight of snow because it means work shovelling sidewalks; using a popular scam to find somewhere to live.

The film is centred around five brothers whose names divide the story into segments: Vincenzo (Spyros Fokas), Simone (Renato Salvatori), Rocco (Delon), Ciro (Max Cartier), Luca (Roco Vidolazzi). There is not a static minute, only 177 propulsive ones. The interplay between black-and-white neorealist visuals and melodramatically passionate characters leads to a dance between the grounded and the operatic, and Nino Rota’s sumptuous score so impressed Francis Ford Coppola that he hired him for The Godfather. A stickler for detail, Visconti sets every scene within a vivid background, key events of the brothers’ lives surge out of minutiae of their social situations.

Whirl-winding through this male narrative is a virtuoso performance by Annie Girardot as Nadia, a beautiful young sex worker whose destiny intertwines with the Parondis. Girardot is aflame with hellcat energy from the moment she turns up in the family home, only to escape out of the bathroom window. She is full of wild laughter, sensuality and rage at the dying of the light. Simone, the family’s great hope for social mobility via his boxing prowess, promptly falls for her, setting in motion tragic consequences for everyone, most devastatingly Nadia herself.

Elements of her most distressing scenes were cut for US audiences on initial release. Consider this a trigger warning for violence against women. It is testament to the extraordinary life force that Girardot brings to the screen that what you remember isn’t her miserable arc, it’s her laugh. (A wild thing to imagine, when all is said and done, is that Girardot and Salvatore got married.)

The most beautiful scene in the film – a reprieve – occurs during the mid-section belonging to Rocco. Army service has taken him to a nearby town where he runs into Nadia. Garrulous and charming as ever, she spirits him away on a horse-drawn carriage to have coffee in a cafe. They talk like spiritual equals. Her gregarious mask crumbles. “Have faith and have no fear,” he tells her. “Have great faith.” She has never been treated so respectfully by a man before and it causes a different side of her character to bloom. She tastes hope and beauty and love. The catalyst is a quality in Alain Delon as Rocco as he gazes with the eyes of someone who has great faith. 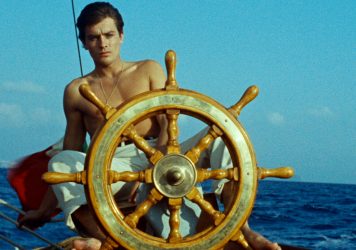 A side-by-side analysis of Purple Noon and The Talented Mr Ripley, as adapted from Patricia Highsmith’s 1955 novel.