The dirty tricks and shady tactics of Adam Curtis

In his sprawling new work for the BBC, HyperNormalisation, Adam Curtis reveals his limited range as a filmmaker. 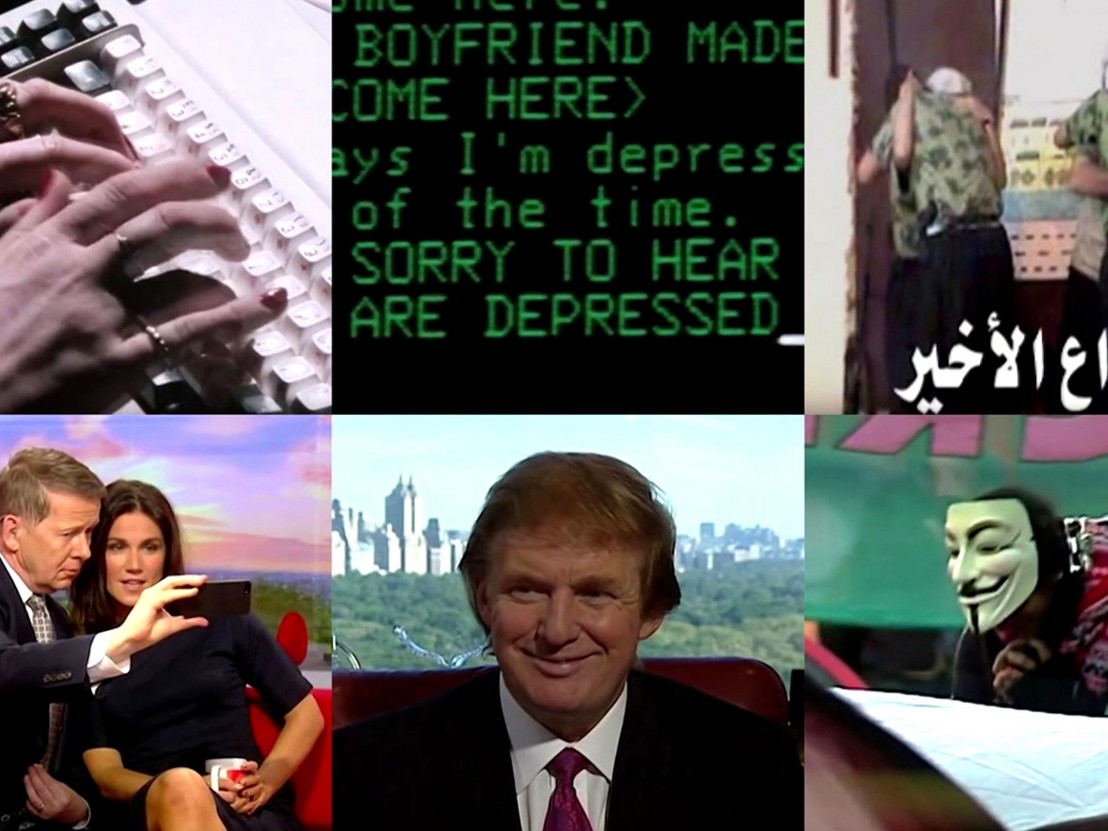 The documentarian and thinker Adam Curtis has, in certain circles, been elevated to the status of liberal sage. He comes across as a combination of two things: a maverick educator like Indiana Jones who exploits his tenure to partake in more exotic travails; and a stone-faced doomsayer stationed at Speaker’s Corner proclaiming that the End is Nigh. The two halves just about balance each other out, resulting in the soothing impression of bloke-down-the-gastropub normalcy.

Curtis is a big-picture filmmaker, driven by grand ambition. He embraces obscure intellectual concepts over banal storytelling. He likes to name the unnamable. He searches for patterns rather than conventional revelations. His films are constructed like Tetris walls, with misshapen blocks inelegantly falling into place.

His latest work, HyperNormalisation, is a hulking beast, an angular infodump which purports to pinpoint a moment where global society took an abrupt shift towards a moral abyss. It’s a constantly compelling roundelay of political tidbits presented as fragments of a larger, vaguely unfathomable puzzle. Yet with this new film, as with his previous one, Bitter Lake, Curtis has, self-consciously or otherwise, fallen foul to hubris. The pieces all (just about) fit together, but the image they produce is blurred and indistinct.

For as long as he has been making films, Curtis has been interested in obfuscation and doublespeak. He examines the ways in which power brokers (and the people behind the power brokers) manipulate reality, or present a rosy façade as a way to conceal nefarious activity. Yet there’s the feeling while watching HyperNormalisation that Curtis is secretly getting high on his own supply. He uses smoke and mirrors to attack the smoke and mirrors. He offers the impression that he is reporting from the other side of the looking glass, a privileged position where the eccentric shifts of global power can be viewed with chilling clarity. Yet the way he presents his arguments suggests that he trades on the ignorance of his audience. He knows that as long as he frames himself in a position of authority, he can say anything he likes and we’ll swallow it whole.

But how does he do this? It’s a question of tone. Curtis believes that declaiming something with conviction imbues it with the essence of truth. His work is the cinematic embodiment of the Milgram experiment, in which subjects continue to electrocute unseen victims at the behest of a lab-coated authority figure. His wall-to-wall voiceover narration is rife with sweeping statements which act as the teetering tentpoles of his thesis.

He seldom resorts to qualification – for him (or, perhaps, for the purpose of his films), history is a finite continuum where events either happened or they didn’t. There is no dual perspective. Plus, it would be dramatically counterproductive to introduce qualification. He often talks about “the people” and “everyone” and “politicians” and “bankers”. He lumps demographics together and generalises in exactly the same way as those he criticises. 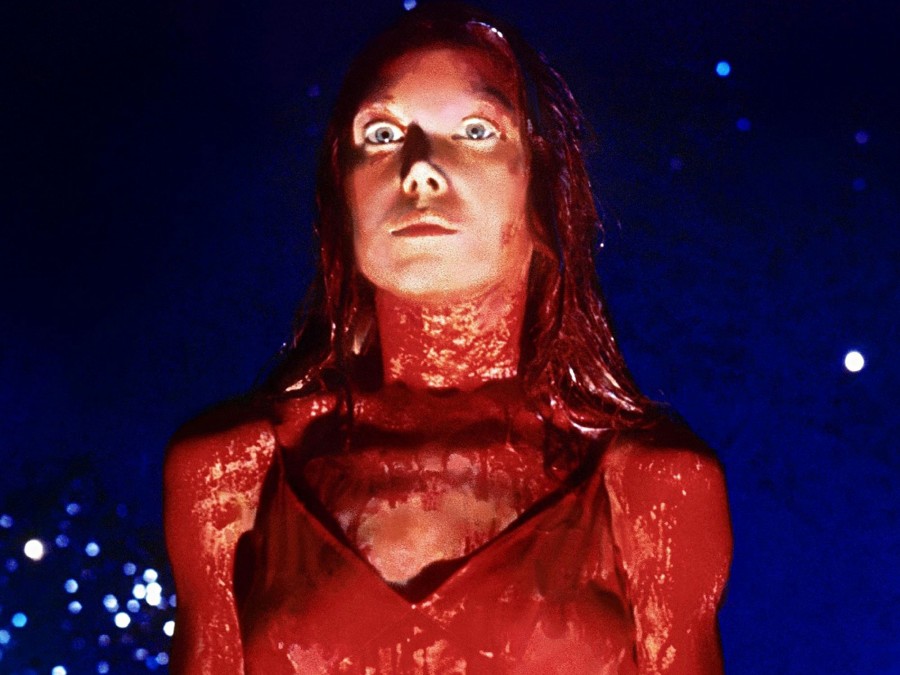 Curtis’ unwillingness to engage with ambiguity, or to present his findings as the tall tales they appear to be, damages the overall credibility of his films. Apparently, the UK and US military incursions into Iraq were all based on a secret source who was fabricating evidence based on the 1996 Michael Bay film, The Rock. There’s no maybe, no possibly, no ‘that’s just one way of seeing things’. This is what happened. This all-seeing, all-knowing approach, where statements trump conjecture (and, by extension, modesty), is also a paragon of this hubris. In Curtis’ films, there is no room for deeper questioning. But maybe this hubris is affected? Is it part of the Curtisian swagger?

With HyperNormalisation Curtis appears to have reached the point of self parody, where his limited repertoire of formal “moves” and his yellowing portfolio of pet themes arrive with an almost listless precision. Self-plagiarising abounds, from the soundtrack selections, to random name checks to the films of Andrei Tarkovsky and Brian de Palma’s Carrie. Indeed, so schematic is his style now, that a team of expert parodists have formulated an Adam Curtis Bingo card which contains all of his go-to tropes.

He once again rolls out the ironic snuff news footage, framed as lurid spectacle and often overlayed with monged-out music. The film opens on a shot of a bombed out shack with a trail of blood stretching out of the door, through the yard and out into the street. It’s an extremely powerful image, but one deployed with a punkish sense of arch detachment. It acts as an inelegant signpost for Curtis’ mode of schoolmarmish high seriousness.

It also, once again, demonstrates contempt for an audience who apparently wouldn’t be able to grapple with the austere ramifications of geopolitical discord without having their faces forced into some decontextualised gore. Subtly isn’t a word in the Curtis lexicon, a theory that gains further traction as he once more rolls out the 9/11 footage for shock effect.

The way he deploys imagery does signal the same contempt for humanity he claims to decry. Let’s use a recurring YouTube clip of three young girls dancing to a hip-hop track in their back yard as a case in point. It has no direct bearing on the film and what Curtis has to say. If it is supposed to suggest that the internet is a hothouse of vanity and banality, would this not undercut the central notion of an ensuing digital apocalypse? Also, this clip feels like it’s been included as something to laugh at, a rather caustic and disagreeable attempt at comedy rather than an honest depiction of humanity at play.

He gives the impression of objectivity, that he’s as disapproving of the warmongering tyrants of the extreme right as he is the effete, lily-livered utopians of the left. But then he’s left to wallow on his own in a nihilistic centre ground. Or maybe just levitating, angel-like, above the scuffling rabble. He makes it seem that, as a thinker, he transcends political ideology. While it might be laudable to aspire to such levels of intellectual purity, it means that his films lack for a human aspect. In this film he talks of how Henry Kissinger was unable to see the world as anything more than a cold system, and if people had to die for that system to work, then so be it. Curtis, too, favours the coolly distanced, explain-all soundbite over the messy humanist approach.

This posturing and dearth of compassion is what separates Curtis from master film essayists like Patricio Guzmán, Mark Rappaport and his key inspiration, the late Chris Marker. In his 2004 film The Case of the Grinning Cat, Marker laid the post 9/11 global political climate bare by focusing solely on a surge in cat images being painted on walls around Paris. He used this quaint phenomenon as a sounding board, as a way to draw a connection between two things that appeared to have no connection. It’s a film that is at once immaculately precise, thrillingly political and terribly moving. I’ll be there for whatever Curtis has to offer up next. I’ll also be praying for 30 profoundly beautiful minutes over another of his over-extended and chaotic cogitations.

HyperNormalisation is available to stream on BBC iPlayer now. 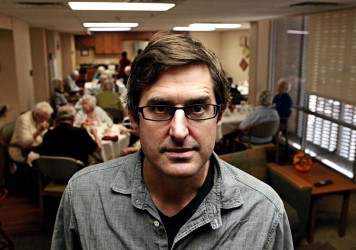