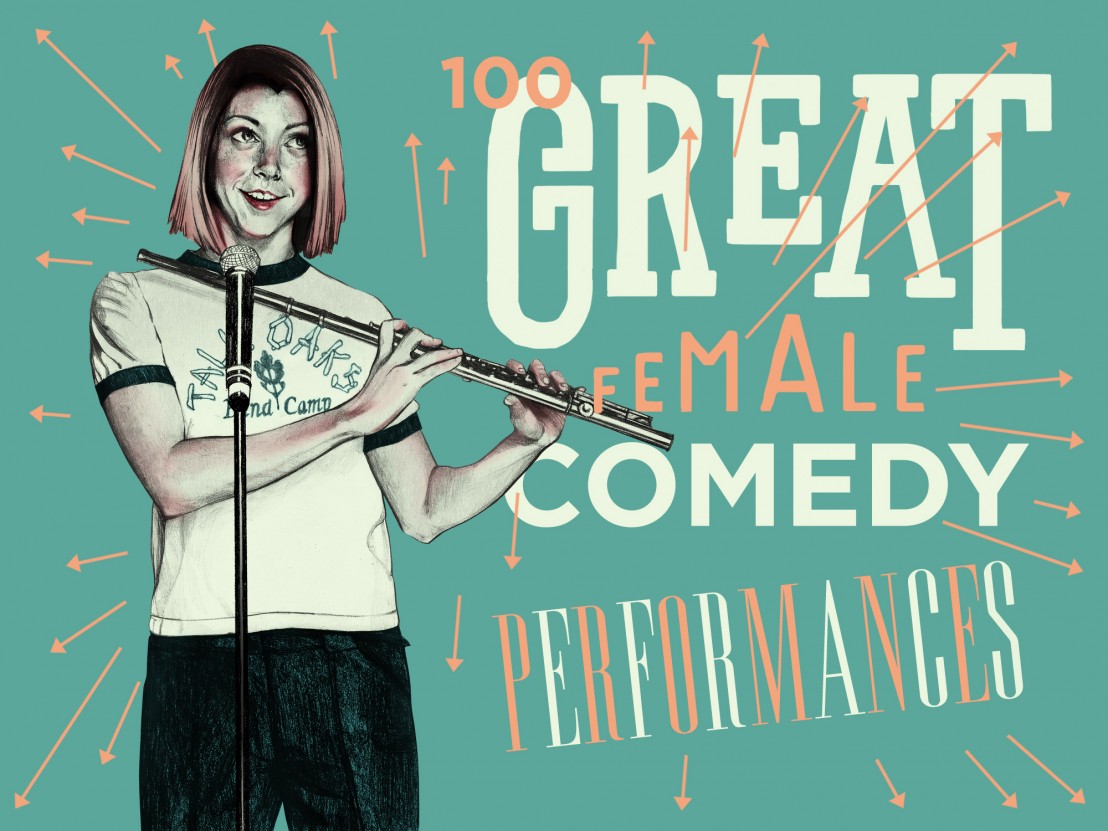 Our comedic rundown continues with a promiscuous band camp geek and an ageless Old Hollywood icon.

Speaking on her breakthrough role, Alyson Hannigan has been known to take a deep breath before mentioning the trust fund she set up to pay for her children’s therapy when they inevitably see Mom talking about that one time at band camp. We’ve all heard changing room rumours about the unexpected, unsavoury conquests of the quiet kid in the corner. Hannigan is that kid, and she’s absurd and brave and so, so real. Aimee-lee Abraham

Marilyn Monroe’s sex symbol status always threatens to overshadow her acting talents. Combining her sexiness and artistic skill, Some Like It Hot may be the best film to fully understand her persona. Monroe deploys her natural charms as pessimistic Ukulele player Sugar. Yet Sugar is tactful, and although she finds herself romantically manipulated by Tony Curtis, she also subtly supplies him the tools of her own seduction. Confessing to Curtis’ female alter ego, Monroe demonstrates sensibility and surprises with her deadpan, self-deprecating sense of humour. Manuela Lazic

Every single female player in Robert Altman’s blunderbuss Korean War satire is either a willingly pliant bimbette, a geisha or an uptight shrew who is sex-shamed, given a humiliating, whorish nickname and then forced to parade naked for the hideous amusement of an entire army hospital unit. Major Margaret ‘Hot Lips’ O’Houlihan falls into the latter camp, and Sally Kellerman’s star-making reaction to that final, debasing straw is a tirade to her Commanding Officer that rises in unhinged comic intensity before becoming something far more pointed, uncomfortable and self-reflexive than Altman possibly intended. Adam Lee Davies

Christina Ricci in The Addams Family (1991)

Next to her frivolous father, hyper-sexual mother and dumb brother, Wednesday Addams seems the most down-to-earth member of the macabre family. Perpetually blasé, her only source of amusement is scaring her brother, Pugsley, to death or terrifying the mortals she despises. Young Christina Ricci truly masters the deadpan sarcasm and bluntness that made Wednesday such an enduring feminist icon. As though she had indeed been around for centuries, Ricci maintains her composure at all times, yet her delivery is as sharp as a knife. ML

It would be easy to be overshadowed by Will Ferrell’s Ron Burgundy, but Christina Applegate not only rises to the challenge, she ends up overshadowing him. Not only is she empowering as Veronica Corningstone, a quick-witted, formidable female news reporter trying to pursue a career within an extremely male-dominated and chauvinistic industry, she is also exceptionally amusing as she competently backhands her male colleagues’ attempts to ridicule her live on national television. Sophie Yapp 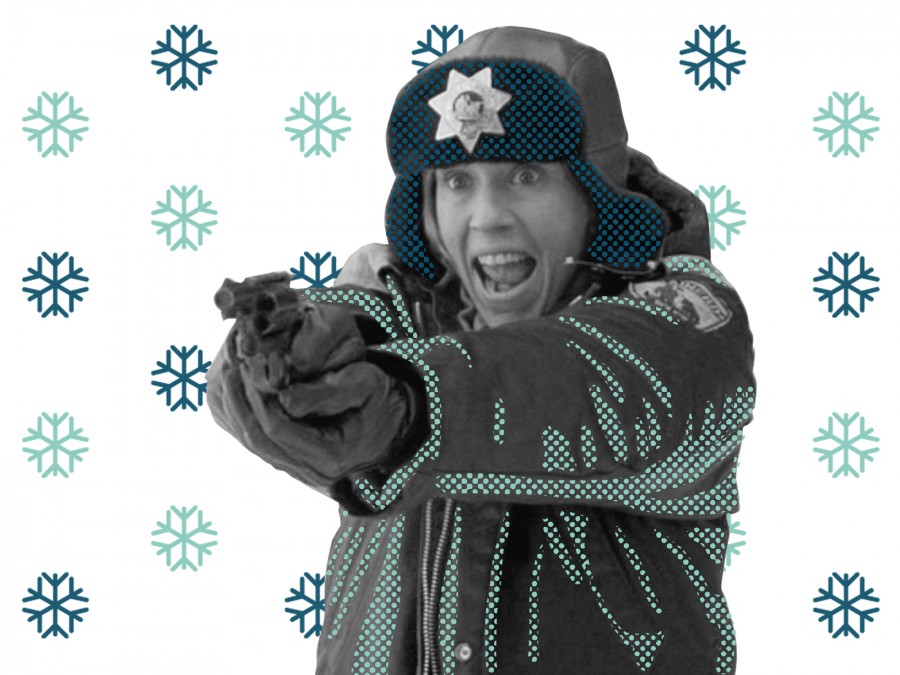 Marge Gunderson doesn’t appear in the Coen brothers’ snowbound black comedy until a good 30 minutes of violence and underhandedness has played out, but as she rolls over in bed to answer a call about grisly murders, uttering “aw geez” in a distinct drawl, her presence is a calming one. Frances McDormand learnt the accent from Howard Mohr’s ‘How to Talk Minnesotan’ and she nails the friendly demeanour of the pregnant police chief with disarming smiles and a cute waddle. It’s a role that was specifically written for McDormand, who took home the Best Actress Oscar for it in 1997. Katherine McLaughlin

This brilliant lost treasure about female friendship written and directed by Claudia Weill recently resurfaced, thanks to Lena Dunham in New York and Jemma Desai in London. As Susan, Melanie Mayron manages to be serious, plucky, playful, childlike, lost, conflicted and loyal as she navigates the empty space left after her best friend, Anne, marries Bob Balaban and moves out. Naturalistic camerawork and pacing provides an ideal platform for Mayron’s performance. Behind owl glasses and under a curly bouffant, she excels at gradually turning up the level of reactions, going from opaque to vulnerable, while interacting earnestly with her environment. Sophie Monks Kaufman

The great Kati Outinen has appeared in no less than 10 feature films directed by Finnish master Aki Kaurismäki, which pretty much tells you everything you need to know about her abilities and consistency as an actor. It’s in 2002’s The Man Without a Past, however, that she gives her finest, funniest performance as Irma, a stoic social worker who makes a meaningful spiritual connection with a man suffering from amnesia. The film is a rare delight, a gently uplifting meditation on the human condition grounded by Outinen’s Cannes-winning turn. Adam Woodward

Although Woody Allen’s film is self-consciously over-edited, Judy Davis stands out in an uninterrupted sequence in which her character Lucy arrives at the house of novelist Harry (Allen), ready to murder him. Her anger is completely justified; Harry has lifted private moments of her life for a novel. As neurotic and depressive Lucy, Davis brings dark humour to the scene, playing a rare female incarnation of the recurrent Allen archetype. Melodramatic, overly sensitive and endearingly insecure, Davis makes the moment very funny, ending on an amusingly pitiful note as Lucy plaintively admits she is too weak to blow her own brains out. Elena Lazic

It’s hard not to fall in love with Anna Karina’s Marianne in Jean-Luc Godard’s road movie. She is the definition of whimsical elegance as she runs away with her ex-lover to go on a Mediterranean crime spree, sharing her views on everything from dancing to fashion. Marianne and her eponymous partner (Jean-Paul Belmondo) are well-matched in terms of their charm and dry humour, but it is the former who stands out, singing unabashedly even as a dead body lies on the floor of her apartment. Catherine Karellis 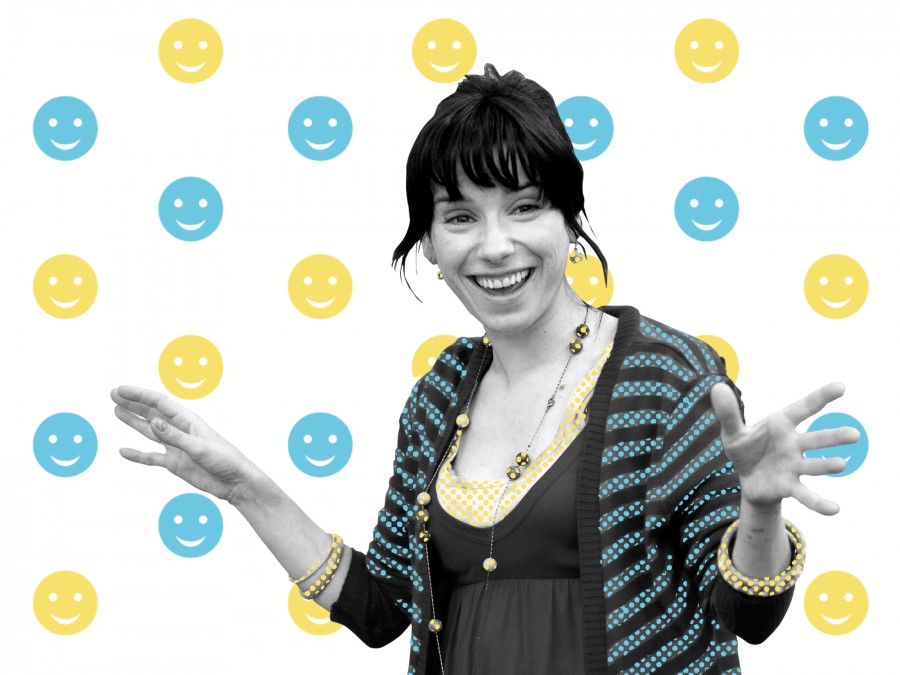 Not strictly a comic performance, more a study of unswerving cheeriness in the face of widespread gloom. Sally Hawkins is a marvel as primary school teacher Poppy, a woman who sees the absolute best in everything and everyone. While much of the film’s comedy comes from pairing Poppy with the most cantankerous people imaginable (Eddie Marsan’s psychotic driving instructor needs to be seen to be believed), Hawkins always makes sure that her character never appears as a theatrical construct. David Jenkins

Richard Curtis movies are about so much more than posh people swearing. That said, his skill as a screenwriter can be summed up in a glorious two-word expletive uttered by Emma Chambers in the most lung-bustingly hilarious scene from 1999’s Notting Hill. “Holy fuck!” is her character’s stunned reaction to meeting her brother’s movie star squeeze (Julia Roberts) at a friends’ dinner party. It’s a quintessential moment in British comedy cinema, made all the more priceless for Chambers’ exemplary comic timing. AW

In her beloved breakout role, Julie Hagerty plays Elaine, an honest-to-goodness flight attendant aboard a doomed transcontinental flight. Elaine finds herself in increasingly ridiculous situations as the disaster parody spirals towards slapstick and surrealism. In a standout flashback, she dances to the Bee Gee’s ‘Staying Alive’. And when her partner is discretely stabbed in the back, she mimics his flailing, thinking it’s a different dance move. CT

In the underrated Enchanted, Amy Adams plays an actual Disney princess transported to New York City who finds humour in the bleak contrast between the optimism of fairy tales and the harshness of the real world. Repeatedly shocked by people’s heartlessness, the princess screams and cries and dances to make our world a better place. Adams’ use of her big eyes and bright smile is aptly grotesque for a character who initially appears quite simple. As she learns to navigate the world without taming her boundless energy, Adams’ ability to portray more subtle emotions comes to the fore, making the character at once amusingly picturesque and intensely human. ML

This endearingly ramshackle home improvement comedy from Richard “My Stepmother is an Alien” Benjamin is remarkable for two things: being the first collaboration between Tom Hanks and Steven Spielberg (who took a co-exec producer credit) and the fact that Shelley Long did all her own stunts despite having given birth to her first child just a few weeks before principal photography began. The scene where a racoon launches itself at Long from the dumbwaiter shaft of the couple’s crumbling new abode is physical comedy perfection. AW 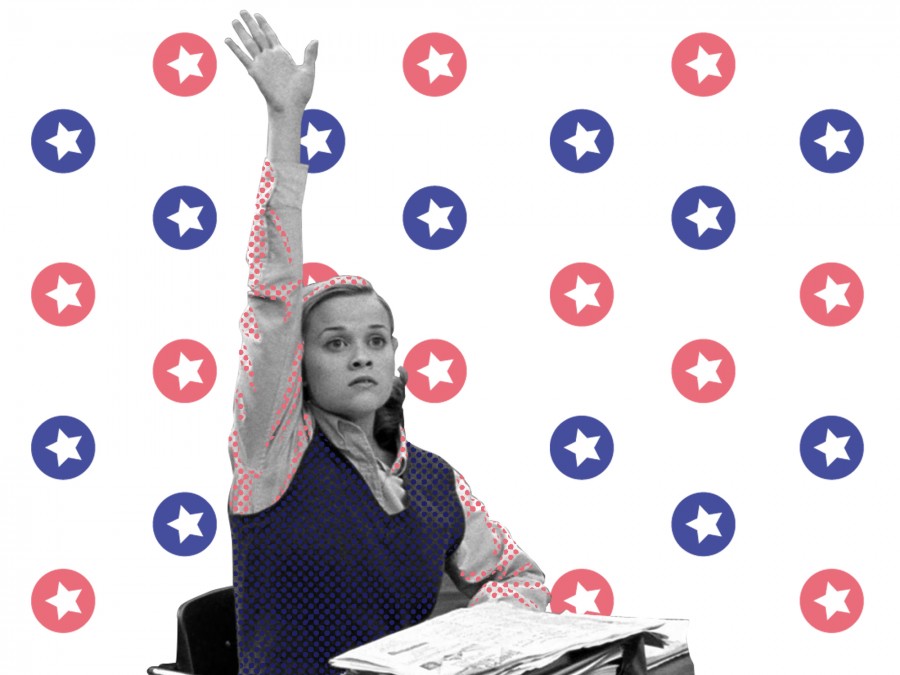 If you do the maths, Reece Witherspoon’s Tracy Flick is only a few small removes away from perhaps her most well known screen creation: Legally Blonde’s amiable air-head, Elle Woods. In Alexander Payne’s Election, she brings to life a wide-eyed political master criminal whose dogged, legally dubious attempts to become high school president would’ve made Richard Nixon blush. Though Oscar-endorsed for one of her straight dramatic roles (as June Carter Cash in 2005’s Walk the Line), all the evidence points to Witherspoon being, first and foremost, a natural comic actor. In Flick, she dances on a tightrope between innocence and evil with the prowess and timing of a master. DJ

She’s the Man is one of the only films my whole family can agree to sit down and watch – and it’s all thanks to the comic talents of Amanda Bynes. With all the bad press she’s received in recent years, it’s easy to forget the promise she held as a young actor. But here she is simply hilarious, giving us a lovable heroine we can really root for. From her brilliantly bizarre man voice, to an arsenal of facial expressions that would make Charlie Chaplin proud, Bynes delivers a comedic performance far beyond her years. Shhhh! She’s brilliant! Beth Perkin

It must’ve been fun trying to develop a love interest for Steve Martin’s dim-brained drifter, Navin R Johnson, but the makers of The Jerk hit paydirt and then some with the help of Bernadette Peters. The pair meet when the former secures a job at a fun fair, and their first date takes place in the back of a lorry over a delicious Cup O’ Pizza. It’s instantly obvious that both characters are displaced from time and place, him with his incessant optimism, her with her rag doll get-up, frizzy hair and hyper logical innocence. Navin: “I’m gonna buy you a diamond ring so big you’re gonna puke!” Marie: “I don’t wanna puke!” DJ

There’s something innately likeable about Meg Ryan. Even as she’s primly informing waiters that her dressing must be served on the side thank you very much, it’s impossible not to fall for her charms. She’s like a cat meme, only with better hair. The genius of Ryan’s performance in Rob Reiner’s film lies in her ability to take all the qualities that make a type-A like Sally so annoying, and turn them into the things we love about her most. With Ryan’s infectious, always sunny disposition, we definitely want what she’s having. BP

Gregg Araki’s superior stoner comedy owes it all to a deranged lead turn by Anna Faris. She plays Jane, a funtime pothead who unwittingly eats her creepy roommate’s weed cupcakes. Absolutely blasted, she sets out for a Hemp Festival to replace her roommate’s stash. It is absurd and at times cringe-worthy, but Faris is entirely endearing in the role. Her misadventures include an impassioned monologue on union rights and a hysterical commercial audition. CT

What are some of your favourite female comedy performances? Let us know @LWLies and check back tomorrow for part four.