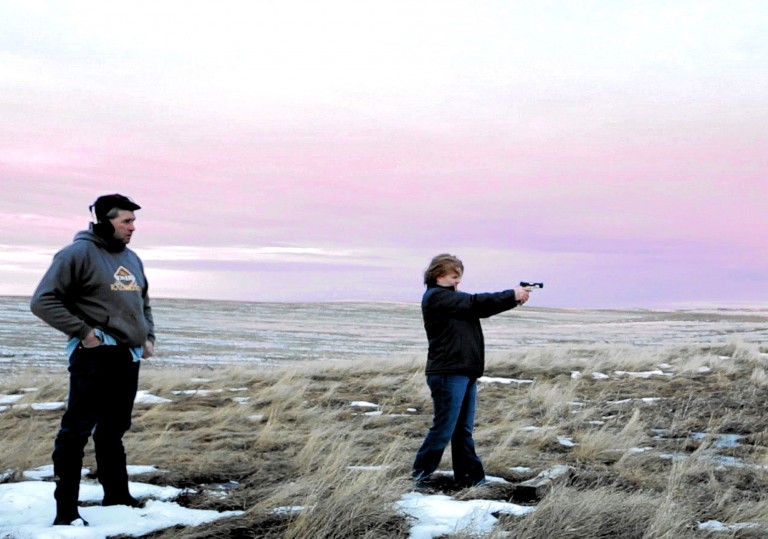 A finely documented account which is small in scale but universal in significance.

The issues raised aren’t just painstakingly relevant they may be prophetic.

This hard-hitting portrait of a notorious white supremacist raises some challenging questions about modern America.

“I‘m one of the most famous racists in the world” proclaims white supremacist Chris Cobb, the subject of this fascinating documentary which chronicles his attempted takeover of a rural town in North Dakota. His plan is to build a community of National Socialists, but his intentions outrage the town’s 24 residents, who quickly gain a torrent of outside support. What follows is an unnerving yet essential examination of contemporary hate groups and of American ideals as Cobb’s public views on racial purification provoke questions regarding the meaning of the first amendment.

Cobb is by far the most intriguing character in the film, his charisma, eloquence and intelligence all offsetting his disturbingly hateful opinions. Despite the clear inclination to side with the people of Leith, directors Michael Beach Nicholas and Christopher K Walker remain commendably neutral in their approach. The duo present an impressive access to both sides but never employ leading questions or narrative hand-holding to push a personal agenda.

Of course, Cobb and his chief accomplice Kynan Dutton don’t require condemnation as they discrediting themselves with their own violently bigoted views, hypocrisy (in one stand-out clip Cobb is revealed as 14 per cent sub-Saharan African) and gun-totting terrorisation of the local neighbourhood. Still, ambiguity prevails as the townsfolk begin crudely mimicking the methods of their enemy, vandalising property and verbally abusing the new residents. In light of this, Cobb’s vicious responses could be a result of provocation rather than vicious intent. Once he is imprisoned, the film’s intensity sags a little, losing momentum in the absence of his engaging yet disquieting presence.

On the plus side, Nicholas and Walker ensure that the film maintains a visual elegance, capturing the barren beauty of the landscape while instilling a palpable tension in a number of thrilling moments. Observed, even-keeled and well-researched, Welcome to Leith masterfully employs an array of perspectives and insightful news-clips, forming an urgent story which retains a certain objectivity on the offensive racist at its core.

The film leaves us with some vital questions concerning the workings of discriminative organisations. Should intolerant views be met with an intolerant reaction? Are a basic set of moral beliefs prerequisites to participation in American ideals? Does the first amendment need amending?

A finely documented account which is small in scale but universal in significance.

The issues raised aren’t just painstakingly relevant they may be prophetic.