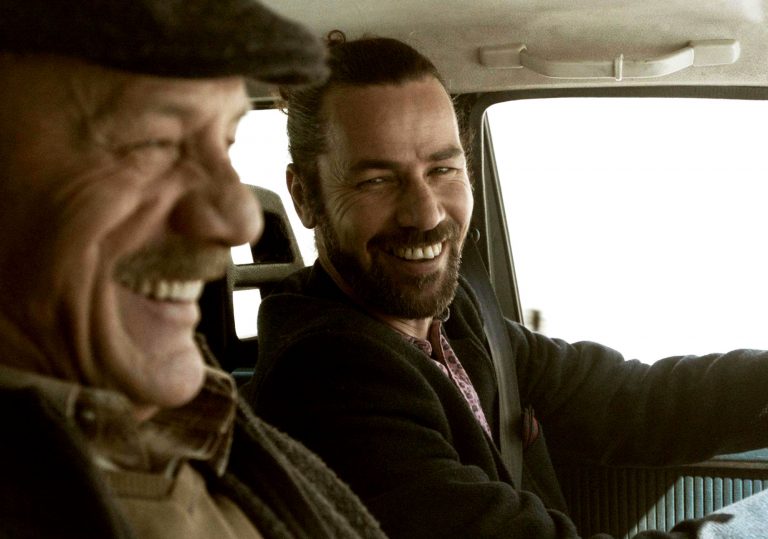 A road movie set in the streets of Nazareth.

An eye-widening, culturally rich look at life inside a Palestinian family.

Jacir proves more interested in the way Palestinians live in spite of Israeli rule than in the specifics of state oppression.

Annemarie Jacir’s new feature is aptly titled – ‘Wajib’ is an Arabic term referring to a mandatory duty that will get you punished if you ignore it. As such, the film deals with the complexities of living in – and leaving – a city like Nazareth.

Is there anything we owe to our homeland? To the people and community that raised us? Can we ever fully diverge from the path they have laid for us, and if so do we have any say in how those we leave behind choose to lead their lives? In the private setting in which she addresses these questions, Jacir offers wider thoughts on Palestinian life, not least on the emotional price paid by those living under Israeli rule.

The film sees Shadi (Saleh Bakri), a young architect working in Rome, return to his hometown to attend his sister’s wedding. Most of Wajib is set in his car or at the homes of relatives, as Shadi drives door-to-door to hand-deliver wedding invitations with his father (Mohammad Bakri). Tension builds along their journey as Shadi’s father, both privately and in public, tries to convince him to move back to Nazareth so that he can “do the right thing” and settle down with a wife.

It is clear, however, that Shadi has no intention of coming back nor to abandon the culture he has embraced abroad. He struggles to readapt to the customs of his homeland, which he now examines through an eye informed by the new ideas he adopted in Europe. Shadi only has disdain for the way things are done in Nazareth.

Wajib depicts the effect that moving somewhere else – where the grass seems greener – has on our perception of the place and culture we have always known. We might baulk at the ingratitude Shadi shows to the people that brought him up and his lack of respect for everything his native land has to offer. Anyone who has ever moved abroad might find it easier to appreciate part of his reaction as inherent to the homecoming experience.

Jacir subtly opposes two visions of Israel in the characters of Shadi and his father. The latter has accepted that some of his honour, convictions and patriotism ought to be silenced in order to raise his family under Israeli surveillance. Estranged from the dangerous realities of his native land, Shadi eventually confronts his father on what appears to him as cowardice and treason (of Palestine) over a powerful, climatic argument.

A road movie set in the streets of Nazareth.

An eye-widening, culturally rich look at life inside a Palestinian family.

Jacir proves more interested in the way Palestinians live in spite of Israeli rule than in the specifics of state oppression.