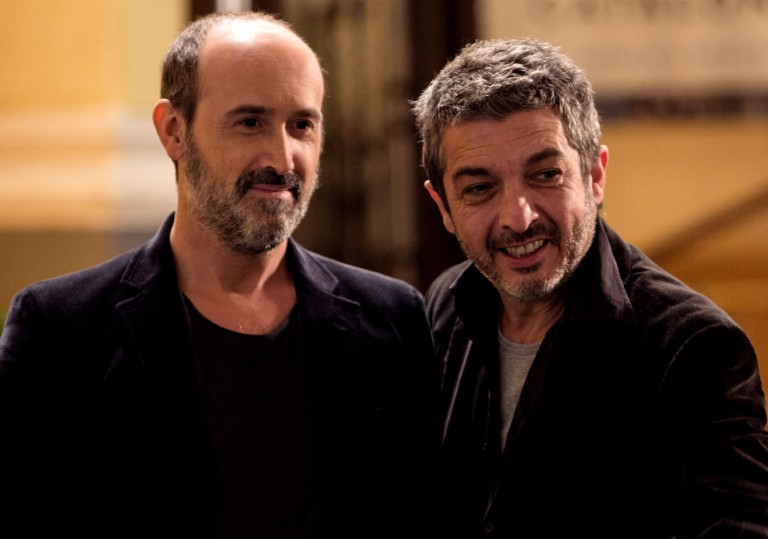 A film named after a dog, yes! About cancer, oh…

Darin’s performance shows a man teetering on the brink, and this is gracefully transferred to the audience.

A personal and unique rendering, with a satisfying amount of dog too.

The great Ricardo Darin plays a man facing death – but what will become of his trusty mutt?

A fading thespian’s self involved life comes into sharp focus when he is forced to address his death from cancer. Julian (Ricardo Darin), finds himself torn between finding a suitable new home for his dog, Truman, and confronting his own mortality. To assist him in this endeavour is Tomás (Javier Cámara), his oldest friend, who has traveled all the way to Madrid from his snowy home in Canada for a four-day extended goodbye.

At every turn during Tomás’ visit, Julián attempts to find the definitive moment that will give his choice to refuse chemotherapy some affirmation. But resolute Tomás plays the smirking figure in the mirror, distracting Julián from being completely absorbed in dramatic grief. This occasionally leads to welcome moments of humour, which land with surprising effectiveness; possibly because they weren’t looking for it. However, a buddy comedy this is not. More buddy tragedy.

Despite trips to the theatre, Amsterdam and revisiting old enemies, the core of the story is fuelled by the complex relationship between the two newly reunited friends. Tomás slips perfectly into a role that he has no doubt played before, one of the pragmatic foil to Julián’s reflective thespian. He takes care of the details, the money and the embarrassment so that Julián can concentrate of the truth of what is approaching.

But the inevitability of death, as director Cesc Gay conveys through strategically placed moments of sentiment, is that those in our lives that we love (be they people or dogs) are the ones who are forced to deal with the aftermath. At times the attention to mortality is dealt with in a blackly comic fashion: “Isn’t the urn a bit small? Does it all fit in there?” At others, the issue is completely ignored in favour of telling Truman’s story, which fluctuates between pandering to animal lovers and appearing as a vehicle for discussing posthumous decisions.

Like a young couple preparing their lives for children by starting with a dog, so has Julián used Truman to prepare for his death, and this is reflected in Dárin’s sincere performance. Despite the human drama, the final message rings clear: that it is a truth universally acknowledged, that the animals in our lives can be our most intimate partners. They can be our best friends and we are certainly not the only species to feel the afflictions of grief.

A film named after a dog, yes! About cancer, oh…

Darin’s performance shows a man teetering on the brink, and this is gracefully transferred to the audience.

A personal and unique rendering, with a satisfying amount of dog too.