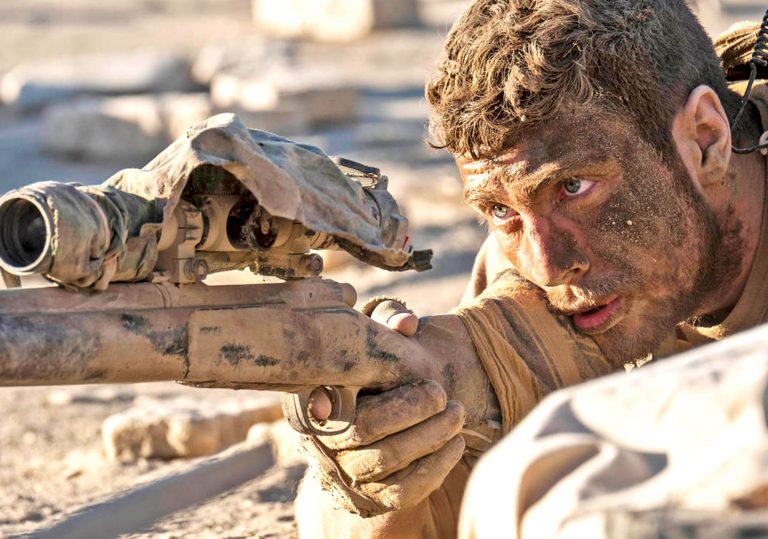 A psychological war thriller directed by Doug Liman staring Aaron Taylor Johnson? This ought to be good...

Engaging, but not edge of your seat exhilarating.

Doug Liman returns with a war-based theatrical three-hander about an injured US soldier being tormented by an Iraqi sharpshooter.

The Wall is not your average war movie. It’s not populated with epic battles scenes. Army tanks aren’t firing explosive charges. Soldiers don’t tiptoe over live minefields. Instead we have Sargent Allen Isaac (Aaron Taylor-Johnson), an injured American sniper stranded in the desert, dehydrated and with a bullet wound to the knee.

His enemy is Juba (Laith Nakli), an Iraqi sharpshooter who taunts him through radio transmissions, demanding that he co-operate or he’ll take another shot at Sargent Mathews (John Cena), Allen’s comrade, who lays unconscious in the open view. The only thing shielding our protagonist from another bullet is a small, crumbling wall.

There’s no doubt that the film offers an intriguing set-up: a single location, two stationary characters with opposing motivations, one of whom is profusely bleeding. The cat and mouse dynamic that ensues pushes the film into blending psychological, conversational drama with war movie conventions. It promises a plot filled with complexities, but Dwain Worrell’s screenplay fails to develop on its sharp concept, and it soon becomes apparent that this feature length tale would have worked better as an episode of Homeland.

Some interesting ideas are thrown into the mix, including the question of how linguistics can be used as a form camouflage and the suggestion that both sides are terrorists in different guises. But these thoughts are never fully developed as the film heavily places our alliance with the white, westerner Allen. The enemy is not shown – we only hear his mocking voice and see his seemingly omniscient vision through POV shots, which alongside his deceitful trickery and chilling chuckles, heighten the tension at moments of utmost psychological torment.

Disappointingly, characters do not seem to expand outside of their situation. Juba’s desire to play games fails to go further than asking personal questions with dialogue which, on occasion, sounds as if it’s been snatched from detective B-movie with lines like, “We’re not so different you and I.” What should be a smart negotiation, falls into pointless conversation. Allen’s refusal to tell Juba about his life means that the audience are also denied information. A reminiscence of his late friend Dean, a soldier who died in battle, as as close as the film gets to sentiment.

Despite not knowing who our soldier really is, the film does work in creating an stripped back everyman rather than a war hero. He is susceptible to death and the reality of his situation is void of movie miracles. Doug Liman doesn’t shy away from close-ups of gushing fleshy wounds, and Allen remains realistically immobile from his injury. Aaron Taylor Johnson’s delivers a great performance, working to uphold the narrative which, ultimately, sells the actor short.

A psychological war thriller directed by Doug Liman staring Aaron Taylor Johnson? This ought to be good...

Engaging, but not edge of your seat exhilarating. 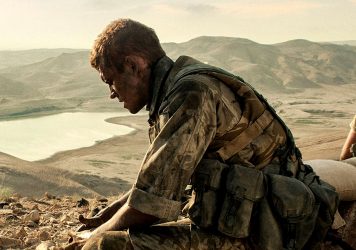 This suspenseful drama authentically reconstructs a disastrous rescue mission during the Afghan conflict. 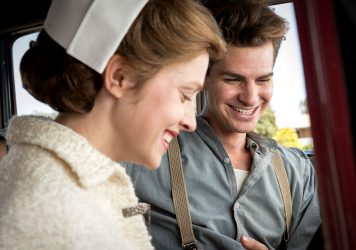