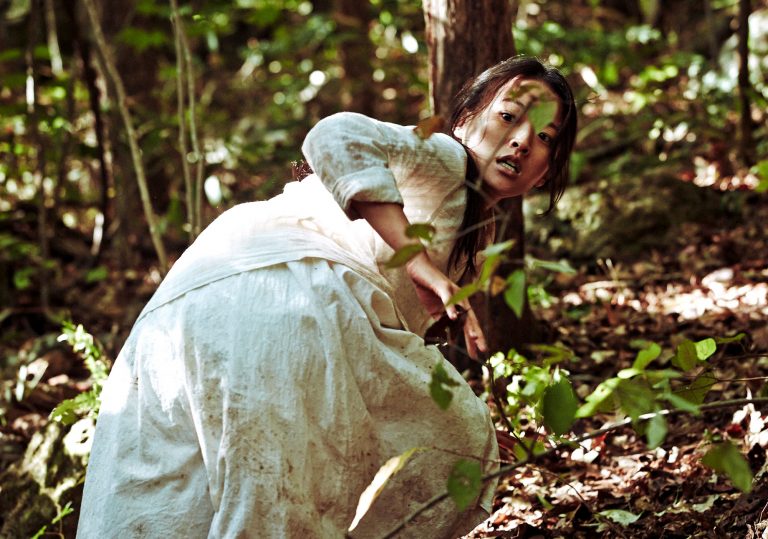 A favourite directors working in a favourite genre.

By turns funny and despairing, this village noir brings the horror of uncertainty.

Shows Korea caught between old and new, and forced to choose its poison.

An outbreak of madness and murder takes hold of a small South Korean town in this superlative thriller.

Although called The Wailing in English, Ha Nong-jin’s third feature (after 2008’s The Chaser and 2010’s The Yellow Sea) was released in its native South Korea under the title Goksung, which is also the name of the village where its mysteries unfold.

Small-town values propel events here. Amid a bizarre outbreak of malady, madness and murder, local policeman Jong-goo (Kwak Do-won) seeks answers with the kind of bumbling backwoods incompetence last seen in Bong Joon-ho’s 2003 film Memories of Murder. Driven as much by crazy rumours, dreams, superstition and xenophobic scapegoating as by hard facts, Jong-goo is quick to persecute a limping Japanese recluse (Jun Kunimura). As Jong-goo’s own daughter Hyo-jin (Kim Hwan-hee) falls ill and undergoes a radical change in personality, the cop is persuaded to turn to a shaman (Hwang Jung-min) for help, even as a trainee Catholic deacon joins the investigative team, and a woman (Chun Woo-hee) occasionally offers cryptic commentary from the sidelines.

“Why do doubts rise in your mind?” The Wailing begins with a Biblical quote (Luke 24.38-39) concerning the initial fear of Jesus’ disciples that the resurrected, flesh-and-bone figure before them is a ghost. Doubt also dominates Ha’s tale of a whole community possessed. For Ha conjures an uncanny, irrational spirit from the very indeterminacy of his plotting, leaving characters and viewers alike uncertain what they are seeing.

As several explanatory frames vie to account for what is happening, it is left to each of us to decide if there’s a slippery devil at work (and just who that demon might be), or if the villagers have been at the Kool-Aid. Either way, Ha’s unnerving game with perceptions exposes the conflicting ideologies of a nation still in development.

A favourite directors working in a favourite genre.

By turns funny and despairing, this village noir brings the horror of uncertainty.

Shows Korea caught between old and new, and forced to choose its poison.