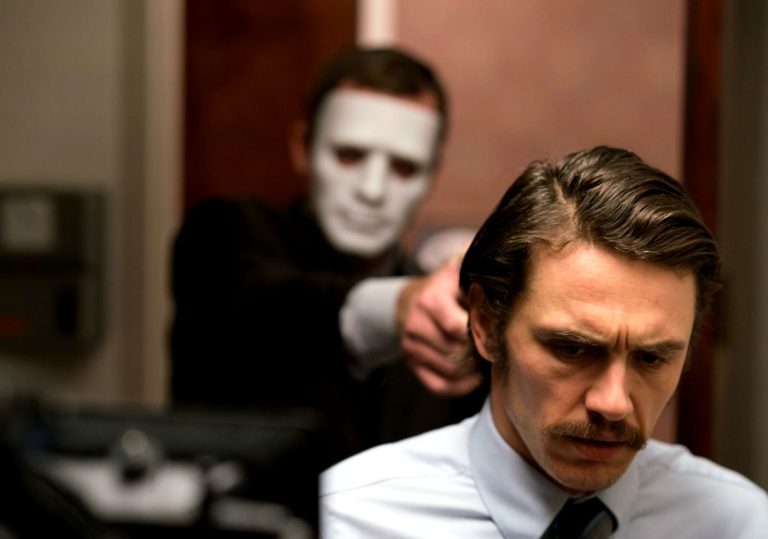 A supernatural take on the heist movie.

A promising start, a ridiculous middle and a predictable end.

Just doesn’t stand up against the stack of intelligent indie horror films being released today.

This film opens up with gruesome shots of dead bodies and violent images of murder while ‘Crimson and Clover’ by Tommy James & The Shondells blasts out from the speakers. It’s a promising start to this mystery/horror hybrid which gives off a Tarantino-esque vibe of bloody pulp and pop culture savvy. Unfortunately though, the similarities become more frequent and the film seems to reject any attempts at originality.

Starring James Franco in his 11th film of 2017 (so far) The Vault revolves around two sisters as they attempt to rob a bank with their brother as a way to help solve his money problems. Mayhem ensues when the crew are sent down to an underground vault where something truly evil lurks.

Matters kick off with an intricately shot bank heist, something director Dan Bush should be proud of. Yet the story slowly begins to falter around the halfway mark. The family drama used to set up the drama now hampers the plot and diminishes any tension. Tossing every horror cliché imaginable into the pot, it plays on genre conventions while including various copycat shots of haunted looking doorways (The Shining), creepy black and white security camera footage (Paranormal Activity) and mask wearing nasties (Halloween).

Thinks perk up a little when the underground vault is finally wedged opened and a demonic presence makes its first appearance. Silhouetted, head tilted to the side and a disgusting sickly gargle emerging from its mouth, the effect is terrifying. For this moment, Bush creates the kind of suspense that leaves you covering your face in fear, but it’s soon revealed as a step too far. What happens next is extremely confusing, as the editing goes haywire and the characters run around not really doing much. For all its early promise, The Vault ends up feeling tired and predictable.

A supernatural take on the heist movie.

A promising start, a ridiculous middle and a predictable end.

Just doesn’t stand up against the stack of intelligent indie horror films being released today. 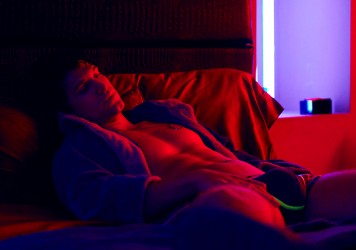 This darkly comic factual drama hits all the right notes thanks to inspired turns from Christian Slater and James Franco.