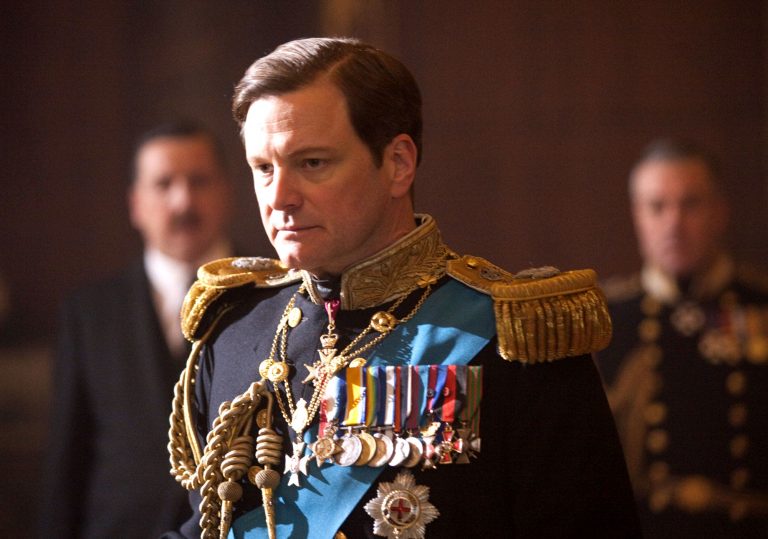 Won the Audience Award at the Toronto Film Festival.

Brings a patriotic tear to the eye.

The piano refrain that opens The King’s Speech tells you to expect a film that prizes respectability above all else. And yet almost imperceptibly, something shifts in Tom Hooper’s period comedy.

As its awkward composition accentuates the stifling confines of a country in stasis, you realise you’re watching not just one of the most entertaining British films in years, but one of the most intriguing, too.

In 1936, Hitler was demonstrating the might of the modern German army at the Nuremberg parades. In Britain, a complacent empire was defined by the empty pageantry of its royal family. With the death of King George V, his eldest son, Edward (a superb cameo from Guy Pearce), was crowned.

But behind the scenes, trouble was brewing. Parliament refused to accept the new king’s marriage to divorced American socialite Wallis Simpson, and Edward abdicated from the throne.

Hooper brilliantly shows us the human side of this constitutional crisis by framing it against the story of Edward’s younger brother, Albert (Colin Firth). Known to his friends as ‘Bertie’, the prince inherited a Gordian Knot of emotional issues from his domineering father, which manifested themselves as a debilitating stammer.

With the wireless changing the nature of communication, and the role of the royal family under intense scrutiny at a time of social unrest, Bertie was thrust into a spotlight he was ill-equipped to face. Both literally and metaphorically, the putative king lacked a voice.

Enter upstart Australian speech therapist Lionel Logue (Geoffrey Rush). Approached by the future Queen Mother (Helena Bonham Carter) to cure her husband, he becomes one half of a hilarious odd-couple comedy that also has something simple yet profound to say about the country’s national identity at a transformative moment in its history.

Firth, Rush and Bonham Carter foreground both the comedy and the humanity in David Seidler’s script, with Bonham Carter in particular illuminating the film with the small touches and deft gestures she shares with her stricken husband.

It’s quite cosy, a bit toothless and fundamentally conservative. But The King’s Speech is persuasive precisely because of the affection and generosity it offers its protagonists. Would more of Edward’s roguish spirit make it a bolder film? Perhaps. Would it be as captivating? Unlikely.

Won the Audience Award at the Toronto Film Festival.

Brings a patriotic tear to the eye.