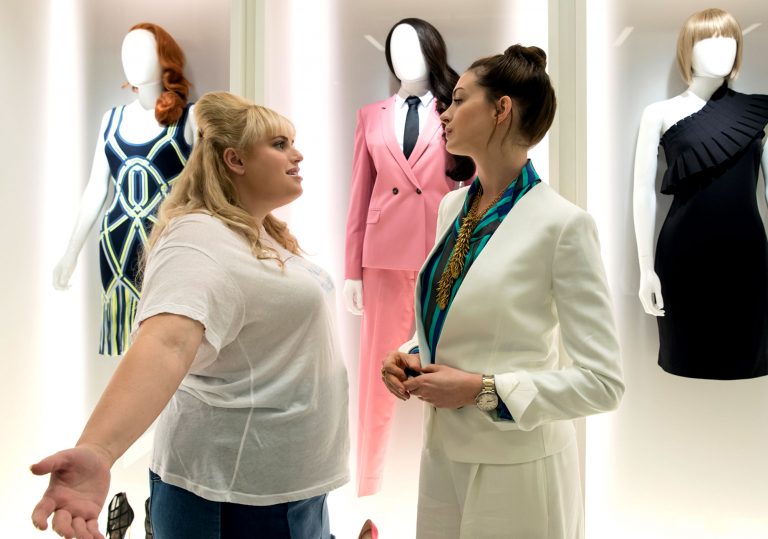 The recent wave of remakes has been rather spotty.

Yay for Hathaway, rebel against Rebel.

Reversing the lead’s genders ultimately fouls up the scheme.

Anne Hathaway and Rebel Wilson play a pair of con artists in this gender-flipped remake of Dirty Rotten Scoundrels.

Sun, sand, surf – and saps. They all make the idyllic French Riviera a perfect hunting ground for scammers, and a highly agreeable setting for a movie. The 1988 buddy comedy Dirty Rotten Scoundrels understood this, treating a fizzy comedy about rival con artists (Michael Caine was a smooth operator, Steve Martin a walking calamity) like a sightseeing vacation along the Cote d’Azur.

Chris Addison’s remake, The Hustle, rotates on the same axis of luxury, falling back on the material pleasures of breathtaking beachfront vistas, Django Reinhardt-style guitar picking, and haute couture too expensive for we commoners to even breathe on. But because the cultural conditions of our present moment can’t allow for a movie about men outsmarting women, the remake gets a hook from gender-flipped casting that has distaff swindlers hoodwinking male marks.

Anne Hathaway, inhabiting the Caine role with a full arsenal of accents, delivers a monologue to her boorish charge Rebel Wilson that this must be the natural state of things; a man underestimates a woman’s intelligence, and he is accordingly left vulnerable to manipulations sweetened by feminine wiles.

Anyone who’s seen the original film will be able to track each twist and reversal of fortune beat by beat, and more pressingly, they’ll immediately recognise the issues unavoidable in this feminist revisionism. Dirty Rotten Scoundrels (and its forebear, the 1964 Marlon Brando-David Niven picture Bedtime Story) ultimately had its last laugh at the expense of its chauvinist leads, both of them taken for a ride by an anonymous grifter later revealed to be the woman they’re attempting to woo.

Addison does the same thing, and the aftertaste has a bitterer tang to it when the film ends with a man using emotional subterfuge to outsmart two women. The film knows this much, and tries to soft-pedal it by revealing that this guy only got one over on the gals by using lessons he learned from his grandmother. In practice, this just adds a superfluous complication to a concept already bordering on convolution.

Setting aside the muddled you-go-girl ethic leaves little more than the two lead performances, the absence of recognisable faces in supporting roles almost glaring in a well-funded studio project. Hathaway’s having plenty of fun toying with the concept of “Anne Hathaway,” playing her queen fraudster as a riff on her always-on, perpetually performative public image. When she shows Wilson how to cry on command, trembly lip and all, she’s metatextually popping the hood on her Oscar-winning performance in Les Miserables.

Wilson plays a version of herself too, but it’s an unflattering caricature. Whatever oxygen her character doesn’t use up talking about food and her passion for eating, she spends on sexual propositions to men repulsed by her body. Though Wilson’s on-screen persona began as a cutting rejoinder to ‘fatty fall down go boom’ pratfall humour, each new role moves her closer to being the precise thing she once defied.

A poorly thought through script brings trouble to paradise, nevertheless a nice space to inhabit for 94 brief minutes. It works as a travelogue – and like the James Bond pictures, that is basically what this film needs to be – and yet not as the zippy duel of capers from which it is descended. One gets the impression that Hathaway’s character would be a marvellous vacation companion, the two of them better suited to leisure than their own work.

The recent wave of remakes has been rather spotty.

Yay for Hathaway, rebel against Rebel.

Reversing the lead’s genders ultimately fouls up the scheme. 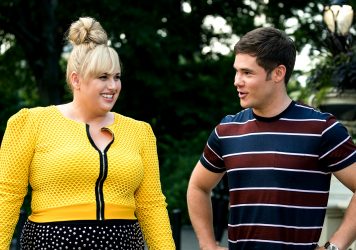