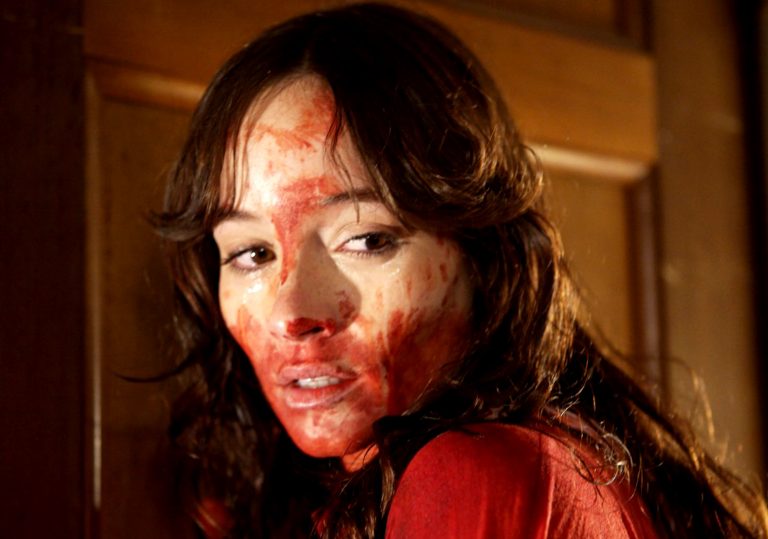 Whether it quenches one’s thirst or not, this is a film that commands immediate respect for its manipulation of atmosphere.

Subtle but imposing, this is brave movie-making.

From the title onwards, The House of the Devil’s set-up is so derivatively familiar it inspires a perverse comfort. Pretty, shy high-school girl agrees to babysit at short notice for an insistent older man who’s elusive on the details but willing to pay big.

She is driven to an isolated house in the woods in the dead of night by her increasingly concerned best-friend. Left alone, she airily drifts from room to room of this deserted mansion, sifting through the archaic, unsettling detritus of its occupants. And it just so happens, by the way, to be a full moon.

The power of this film lies in the approach to the inevitable final act, rather than the realisation of the act itself. Suspenseful and anticipatory, director Ti West knowingly riffs on the genre by absorbing and then extending every archetype.

But it is clear from the opening scenes that the guy in the driving seat has complete control of his vehicle. And in the radiant Jocelin Donahue, all feathered hair, nonchalant shrugs, wide-eyed glances and self-conscious smiles, he has found a lead that exudes an effortless, innocent grace. Watching her approach her impending fate is both as painful and unnervingly beguiling as watching a moth try to seduce a flame.

Although a period piece rooted in the tone and texture of ’80s chic horror, The House of the Devil is also a conscious betrayal of post-modern populist sensibilities – a vivid rejection of the cynically linear pursuits of video-game influenced ‘creative kill’ films that have come to dominate the industry, and are designed to be as disposable as a paper cup.

West has, therefore, exiled himself from the mainstream whilst attempting to return horror to its hallowed roots. This is the work of a man who views himself as a successor to Polanski and who’s artistic ambitions references ’80s horror but falls into a canon that extends as far back as George Cukor’s Gaslight and the Victorian gothic tradition preceding it. Any egotism that may exist here, though, is wholly supported by a palpable authority over form and content and an admirable dedication to sincere, cineliterate craftsmanship.

eBay must love Ti West. Every aspect of the film’s mise-en-scene – the high-waisted denim and checked shirts, the fast food, prog-pop and clunky technology – has been lovingly assembled to recall ingrained Americana. There is an obsessive-compulsive commitment to creating a sense of nonchalant realism here, a Bazinian normality in which the inevitable can inexorably play itself out.

Only 29, this is already West’s fifth feature film. His career, though, has had its false dawns. After debuting with The Roostand Trigger Man, both low-budget DIY art-horror films that gained rave reviews on the indie festival circuit but were never afforded a wide release, he was entrusted with the large(ish) budget of Cabin Fever 2. Shot in 2007, the project was wrested from his control in post-production due to creative differences and West has now disassociated himself with the straight to DVD film whose release date is still shrouded in mystery.

It seems frustration with the market did not end there. After providing West with almost complete autonomy, his financiers Dark Sky Productions cut a four-minute character development sequence out of the middle of The House of the Devil just before its American release. West was indignant, accusing them of belittling his vision and the audience’s sensibilities. ‘The movie’s called [The] House of the fucking Devil,’ he is quoted as saying. ‘It’s gonna get there.’

The House of the Devilmay see him emerge from the horror circles and gain wider recognition, assuming the audience embrace his distinctively pensive directorial style. But West is swimming against a strong current. Let’s just hope he doesn’t get tired.

Whether it quenches one’s thirst or not, this is a film that commands immediate respect for its manipulation of atmosphere.

Subtle but imposing, this is brave movie-making. 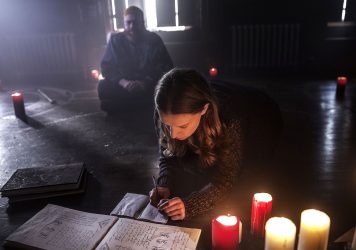