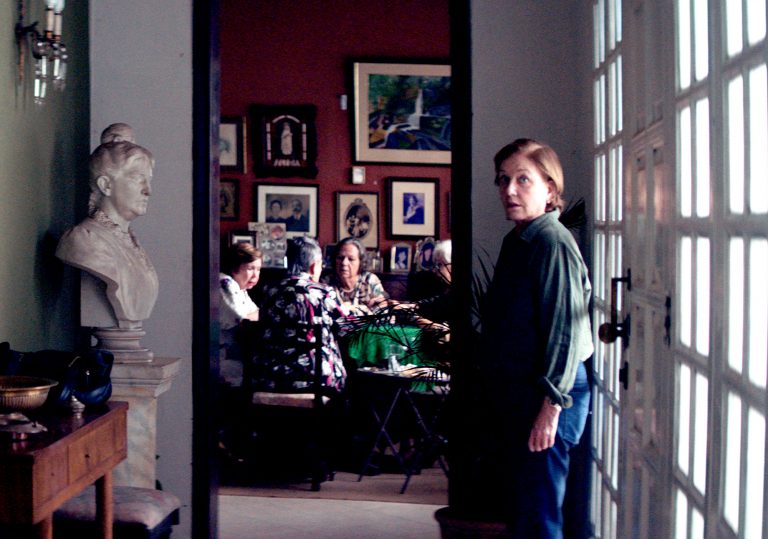 Not exactly sure what this is going to be.

Ana Brun’s tender lead performance is something to behold.

An empathetic and assured debut from Marcelo Martinessi.

When it premiered at the Berlin Film Festival earlier in 2018, a quiet buzz enveloped Marcelo Martinessi’s debut feature, The Heiresses. This seems fitting, given that everything about the film is similarly understated, including Ana Brun’s bittersweet lead performance as Chela, which won her the Silver Bear for Best Actress.

A relationship drama that’s light on drama, The Heiresses follows two ailing beneficiaries in Asunción, Paraguay, who are completely devoted to each other. Martinessi’s decision to focus on an older female character in a same-sex relationship is pleasingly nuanced – their relationship is tender and matter-of-fact.

When the gregarious Chiquita (Margarita Irún) is incarcerated after incurring various debts, Chela is forced back into the world she retreated from long ago. Light on cash and looking for a distraction, she sets up an impromptu taxi service, ferrying her older sister’s wealthy friends to and from their weekly card games. Although she’s had to sell off her home piece by piece in order to fund her partner’s legal counsel, she is reluctant to part with her beloved car – it grants her a new sense of freedom, hinting at the terrifying notion that possibilities still wait beyond her front door.

There’s an exceptional gentleness about Martinessi’s work, where glassy indifference of the wealthy contrasts from an overcrowded noisy prison, where Chiquita’s friendships are currency, bought and sold for the price of a cigarette. Chela seems at once vulnerable and distant as she watches wordlessly while her prized possessions are offered up for sale, picked over by wealthy acquaintances, vultures at her living wake.

The insecurities of ageing and growing old alone are writ large in this delicate character portrait, but there’s a lot of hope present. As Chela ventures out into the world again, she learns to stand on her own two feet.

Not exactly sure what this is going to be.

Ana Brun’s tender lead performance is something to behold.

An empathetic and assured debut from Marcelo Martinessi.