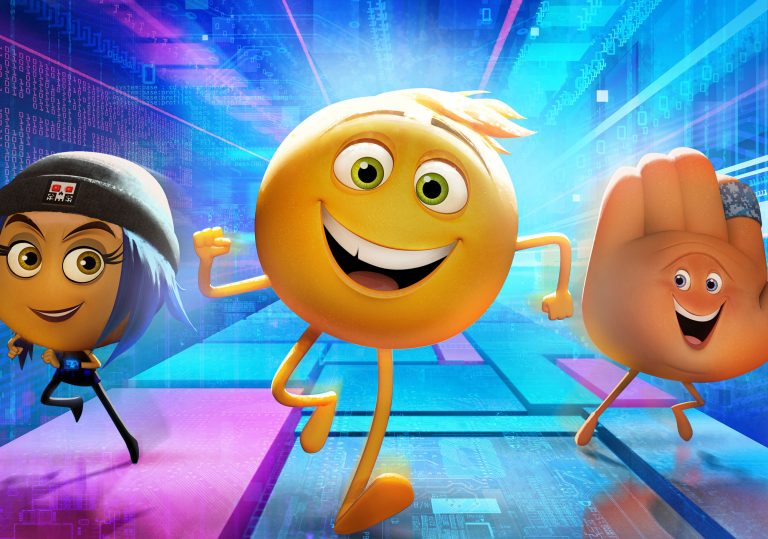 The US reviews have been… cool.

Yet they were entirely correct. A very hard film to love.

Generally, if I’m watching a movie, and the person next to me is twiddling with their smartphone, I’d suppress my internal irritation in the hope that the bad vibes might make them comprehend the tacit social contact that one enters into when watching a film at the cinema. This very situation occurred about 15 minutes into a screening of Tony Leondis’ lifeforce-draining enjoyment chasm, The Emoji Movie, as a fellow viewer sat to my left fired out a quick message to a person on the outside.

This swiftly developed into a five minute back-and-forth chat. Screen brightness was, to my speculative calculation, full beam, or close to. So unless you were watching this film while wearing a pair of those giant OAP side-protection sunglasses, this was going to be no small irritation. The reason you would request for someone to keep their personal comms under wraps until final curtain is as a way to respect the vision of the screen artist. This movie has taken time and resource to produce, and whatever we might think of the final product, it seems like a modest ask to disconnect for a 90-or-so minutes. Then, when it’s all over, you can get back on the Twitter and the Facebook and the GeoCities or whatever.

For this occasion, I simply let it be. From the fraction of the film that we’d collectively endured, I felt that this was a live-and-let-live moment, and that it seemed entirely reasonable that someone else would be thinking about organising little Jimmy’s badminton class, making sure they had some flaked almonds in the cupboard, or purchasing tickets to a motocross event while this film was playing. Compassion won out, even if it clearly wasn’t mutual. You can impose strict rules upon yourself, but you need to be flexible with your personal code of ethics and express empathy before wailing into the ear of a fellow citizen. Context should supersede ideology.

Because if a movie like The Emoji Movie (or, indeed, the actual Emoji Movie) is up there on the screen, that should be all the permission you need to just remain chill and allow the other harried audience members to get on with their lives/complete any outstanding personal admin. Look, we’re not endorsing phone use in cinemas. But on this occasion, it seemed only fair, as the film was doing so little to hold the attention. Even the casual moviegoer must feel shock at this film’s dangerously louche attitude towards original storytelling, non Christmas-Cracker humour and visuals which didn’t look like they were purloined from the intermediary graphics on a 1990s Emoji-themed pinball machine.

There’s an ironic element to the story. It concerns the lovable “meh!” emoji, Gene, who is about to take over from his pops (voiced by teen favourite, Steven Wright) as the rotation “meh!” emoji. The problem is, he keeps experiencing other stock emotions, and is thus breaking out from the single-serving conformity of the emoji universe. Cue a run around on a smartphone interface with apps becoming the backdrop for various feeble action sequences. The ironic element is that while “meh!” is unable to keep his other feelings at bay, you, while watching this movie, will be totally locked into “meh!” mode, unable to tap into feelings of joy, sadness or indifferent acceptance.

It’s not meant to be art, it’s just for kids, it’s just a bit of fun… all of these excuses makes sense, but we should expect more from our hard-earned money. Memorable moments include an all-time-worst voice performance from James Cordon as comedy sidekick Hi-5, a romantic altercation in a genius bar and jokes about Facebook and YouTube that will have your nonagenarian grandparents rolling their cataract-riddled eyes in disbelief. The one highlight arrives at a moment where our heroes are trapped in a disco dancing app fronted by a giant dancing spandex-clad woman who barks out peppy dance commands. As the app is deleted, she lets out perhaps one of the most haunting screams ever to feature in a youth-oriented animated feature. It is the echoing sound of death, concentrated into an instant which will permeate your nightmares.

The US reviews have been… cool.

Yet they were entirely correct. A very hard film to love. 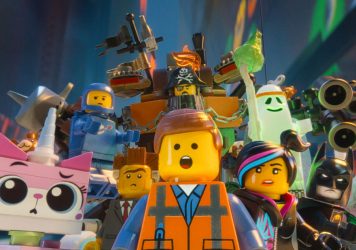 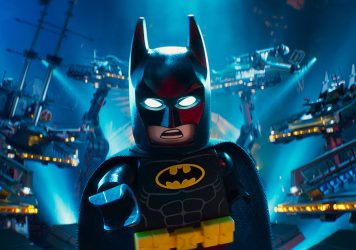