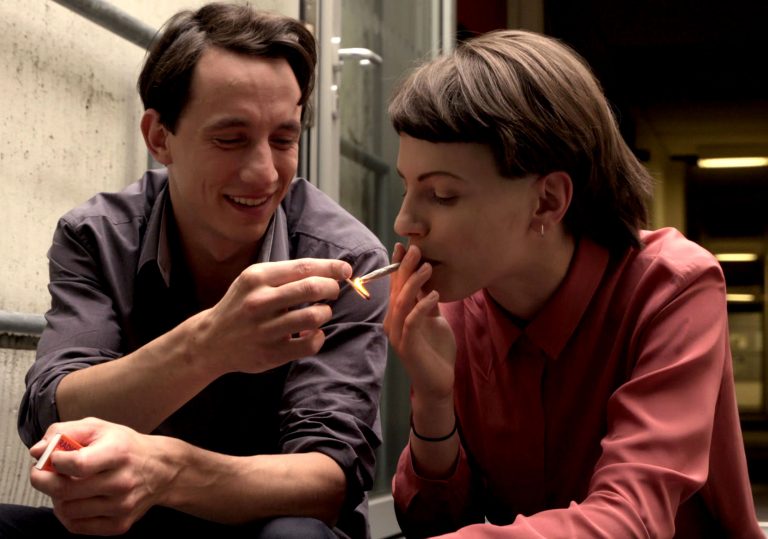 Some decent buzz on the festival circuit, but doesn’t sound overly promising on paper.

Hard to imagine this story being told in a more emotionally direct and innovative way.

A film with much more to it than meets the eye.

A romance between two poetic giants of the 20th century is rendered in a unique and affecting fashion.

As the possibility of making plush, decorative film biographies becomes less and less of a financially feasible prospect, Austrian director Ruth Beckermann has found an extremely effective antidote to such prestige follies in her beautiful, lightly experimental performance film, The Dreamed Ones.

Despite rejecting a subjective, interpretive approach to historical narrative, the film is uniquely affecting in the way the director details the intense, long-distance romance between the poets Paul Celan and Ingeborg Bachmann which took place largely via written correspondence throughout the central portion of the 20th century.

On paper, the film doesn’t sound particularly appealing, as Beckermann co-opts the talents of two young local actors (Anja Plaschg and Laurence Rupp) to read out the profound and heartfelt letters into microphones while standing opposite to one another. Their eyes are fixed on the pages and their mind focusing on the words and the intonation. As an extra dimension to the film, the actors themselves begin to warm to one another during the cigarette and tea breaks, possibly a result of the feelings that have been stirred up from their work. It’s a film that details how the creative process in itself can bring people closer together in mysterious ways.

Yet it is not a documentary, and the break sequences are clearly performed with a view to enhancing the text as a whole. But that in itself is of interest, as it emphasises a connection between expressions of love and an innate literary impulse that sits dormant inside us all. Yet the real star of the film is the prose itself – lucid, intense to-and-fros expressing tortured desperation at being forced to commune in this private, emotionally limiting and non-physical fashion.

Plaschg and Rupp make for appealing choices to intone the letters. With their tattoos, refined music taste and vaguely hipster demeanour, they bring out the universality of Bachmann and Celan’s words as well as exemplifying how traditional notions of romance and courtship have (d)evolved throughout the centuries.

Some decent buzz on the festival circuit, but doesn’t sound overly promising on paper.

Hard to imagine this story being told in a more emotionally direct and innovative way.

A film with much more to it than meets the eye.