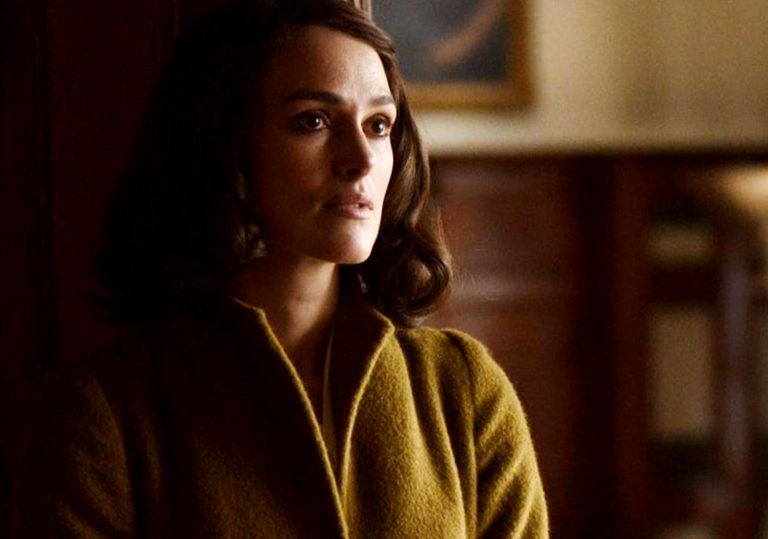 Whoever cut the trailer deserves some kind of award.

There’s more to this melodrama than meets the eye.

A delight that could have been much more.

Following the discord caused by the romance between an Aryan youth and a mixed-race girl in Amma Asante’s 2018 drama Where Hands Touch, you’d be forgiven for approaching The Aftermath with caution. Its synopsis suggests a similarly odd mix of real-life horror and questionable romance.

Set during the first few months of post-World War Two reconstruction, in the ruins of Hamburg, the film follows a British woman (Keira Knightley) torn between her heroic English colonel husband, Lewis (Jason Clarke), and the beautiful German widower, Stefan (Alexander Skarsgård), whose mansion the British army has requisitioned for the couple’s use.

Yet The Aftermath neither asks viewers to relate to any characters affiliated with the Nazis, nor does it attempt to address the difficult question of those who, like most members of the Hitler Youth in Asante’s film, ‘simply’ followed orders. The film does, however, question the gut reactions and desires for revenge that certain Allies understandably felt at the time – although it does so from the safer position of the postwar period, and with more nuance than Asante’s film.

Keira Knightley’s Rachael is disgusted by her husband’s friendliness towards the German man who is giving them his home. Like many other people from Allied countries at the time, she cannot imagine that any Germans could be innocent, and despises them all. While Lubert and his teenage daughter Freda (Flora Thiemann) wait to be transferred somewhere else, Rachael and the Luberts are forced to live under the same roof, a situation which the woman finds nearly intolerable.

Scenes of this difficult cohabitation at ‘home’ are juxtaposed with Lewis’ daily experiences with hate on the job. As British troops dig through the ruins looking for the bodies of missing people, they are regularly targeted by Nazi young men in disguise who refuse to admit defeat. Clarke, adopting a convincing British accent, is touching as a colonel who takes it upon himself to give the benefit of the doubt to citizens that so many of his colleagues would rather see shot.

Lewis’ politics of forgiveness and reconciliation are at odds with the motivations of the British (and American) forces that bombed the city of Dresden in 1945, where, we soon learn, Lubert’s wife was killed. Like Lewis, however, the German widower does not embrace the idea of revenge: he is a welcoming host to the couple whose country is directly responsible for his wife’s death.

With just these three characters, The Aftermath thus elegantly builds a complex image of the contradictions and tensions at play during this specific time in history. The pressure that all three protagonists are under feels genuinely affecting, as the film knows to linger on the morally thorny and painful moments that its story entails. At no moment does it anxiously look for an easy way out of that discomfort, or resort to empty messages of love and hope.

In fact, the film doesn’t ever resolve the moral conundrum of the period it represents. Instead, the ingenious script (by Joe Shrapnel and Anna Waterhouse) works through issues of grief, blame, anger, love and betrayal by transposing them to the more humble scale of the three characters’ private lives. In other words, The Aftermath is a melodrama.

The finale that the film aims for is so psychologically sophisticated and devastating, it is almost daunting to watch unfold. Up until this point, The Aftermath awkwardly and bluntly alludes to the characters’ hang-ups, which turn out to be so crucial to the emotional power of the ending. Director James Kent heroically sticks the landing, yet one cannot help but imagine what this material could have been in the hands of a more skilled team.

Whoever cut the trailer deserves some kind of award.

There’s more to this melodrama than meets the eye.

A delight that could have been much more. 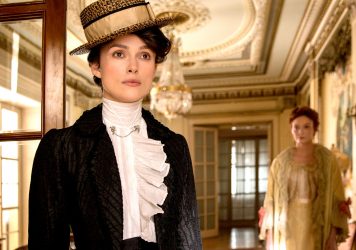 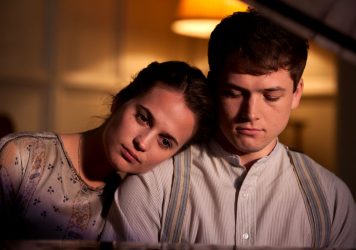 Kit Harrington and Alicia Vikander do the best to lift this underwhelming British heritage drama. 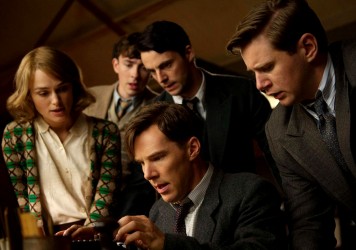