Tell Spring Not to Come This Year 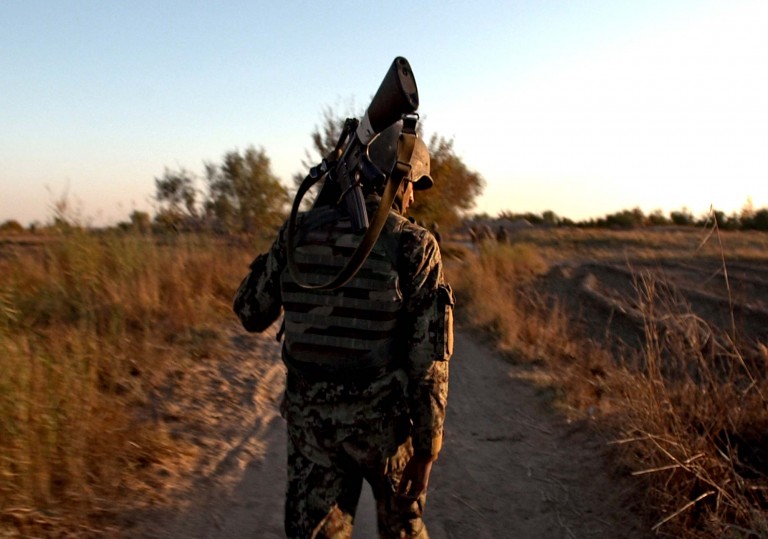 Concerning a battalion of soldiers left to clear Afghanistan of Taliban.

Wistful and absurd, with the occasional eruption of bloody violence.

A troubling treatise on the human aspect of warfare.

Troops in Afghanistan have trouble knowing the enemy in this impressive doc.

There’s a haunting sequence in Saeed Taji Farouky and Michael McEvoy’s Tell Spring Not to Come This Year in which a rag-tag squad of Afghan peace keepers – many of whom are there through National Service requirements – happen across an abandoned fortress. Upon entering, they discover that it was once inhabited by their American saviours, who have since upped sticks and left and have even taken the internal wiring with them. What has been left behind – possibly strategically? – is a paperback book detailing George W Bush’s triumphant incursions into the Middle East, and a whiteboard containing a bubble chart with “9/11” as its nucleus.

The film is about life after liberation, in which local soldiers prowl the deserts in search of Taliban insurgents and attempt to exert power and influence over them. It presents the oft-covered topic of war’s ultimate futility in an intriguing new light, in that most are so numbed by brutality and force, that they just cheerily succumb to whatever’s meted out upon them. No amount of harsh words or violent threat can seem to break through – the “enemy” don’t have orders, they have a creed which they live by, making it near-impossible to make divisions between friends and enemies. Even though the camera crew are embedded with the local Afghan forces, there’s no sense they are politically partisan to their aims, focusing instead on the paradoxical absurdity of the task at hand.

In between the tense, badly organised, trigger-happy sorties, we see footage of the soldiers in the barracks, rolling their eyes and smiling at the futility of it all: perhaps they don’t realise that sudden death could very easily befall them in the coming days? Maybe they know and don’t care any more?

Concerning a battalion of soldiers left to clear Afghanistan of Taliban.

Wistful and absurd, with the occasional eruption of bloody violence.

A troubling treatise on the human aspect of warfare.