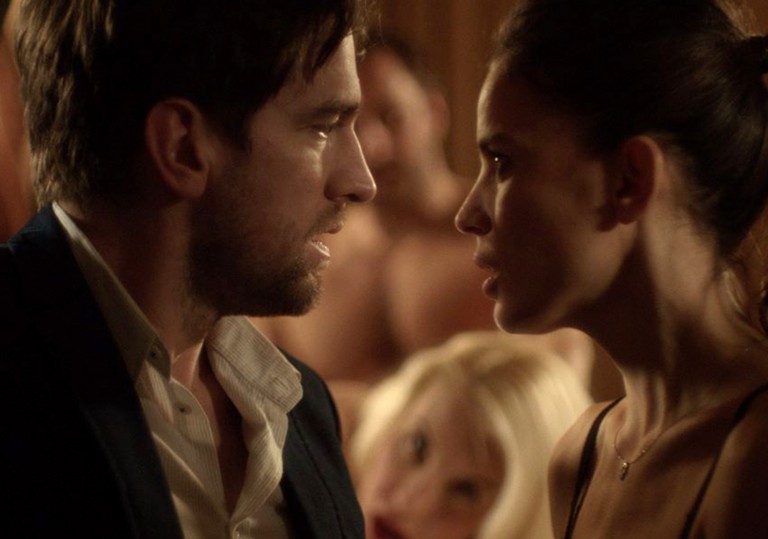 After Pedro Almodóvar’s The Skin I Live In, the chance to see Elena Anaya in another lead role is very appealing.

Swing and a miss.

Director Colin Kennedy’s debut feature tackles a novel subject: people in Glasgow having sex without the aid of Scarlett Johansson turning up in a van.

Unlike Under the Skin, this adaptation of Ewan Morrison’s 2007 novel follows thirtysomething couple David (Owen McDonnell) and Alice (Elena Anaya), whose floundering love life (the film opens with an erectile dysfunction joke) provokes excursions into unfamiliar sexual territory, namely the world of swinging.

Both have different motives. Alice is looking for a story for her magazine job, where she’s struggling to stand out. Meanwhile, David is an unemployed designer who’s not trusted to look after his daughter by his ex-wife. Feelings of inadequacy in other areas of life lead to impotency in the bedroom. He finds that watching other people have sex – though not necessarily joining in with the swinging strangers – temporarily subdues his medical issue. As the pair’s relationship is pushed to more extreme limits, Alice emerges as the more likely to venture into the unknown; a hotel orgy presided over by enigmatic matron Dolly Adams (Elizabeth McGovern), whose recently departed real-life inspiration receives a dedication in the closing credits.

After Pedro Almodóvar’s The Skin I Live In, the chance to see Elena Anaya in another lead role is very appealing.

Swing and a miss.