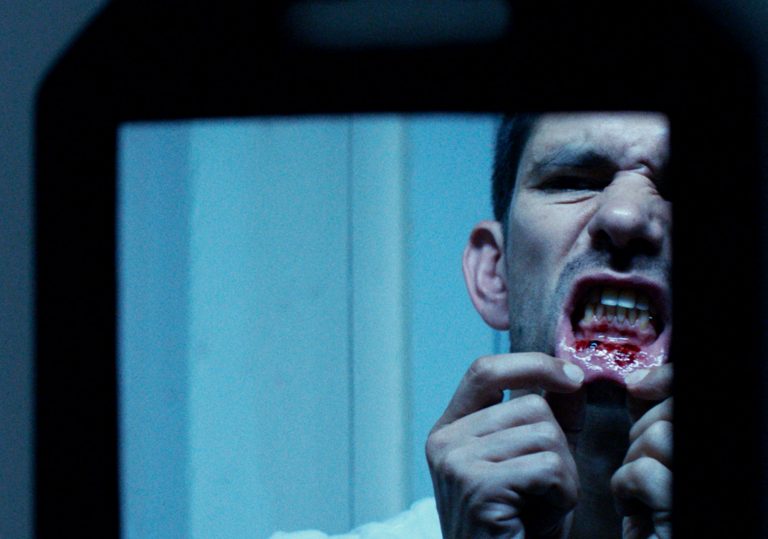 Suggests that watching Michael McIntyre contributes to a mental collapse, so checks out.

A very uncomfortable watch that offers a bravura showcase for Ben Whishaw’s range.

Since early notices following its world premiere at Sundance 2020, Surge – the first feature from director Aneil Karia – has been labelled a British equivalent to Falling Down, Joel Schumacher’s 1993 thriller in which a disgruntled guy violently lashes out against “society”.

It’s not a totally unfair comparison, particularly given that the bulk of the breakdown narratives and crime sprees in both films take place over the course of a single day. But there are some crucial differences. Surge isn’t an especially reactionary work in terms of signposting dialogue, and the criminal activities it concerns are robberies and street beatings rather than a murderous rampage. Most crucially, Falling Down is built around Michael Douglas, who had established form in playing men prone to psychotic outbursts.

That’s not the case for the star of Surge, Ben Whishaw, who Karia previously directed in the 2013 short Beat. Whishaw’s breakthrough leading role was admittedly as an olfactorily-driven killer in 2006’s Perfume: The Story of a Murderer, but the star persona he has developed since has tended to concern reserved or even overwhelmingly polite individuals, one of them a friendly little bear in a duffel coat. Taking place in an altogether harsher version of London, Surge is in fact the anti-Paddington. 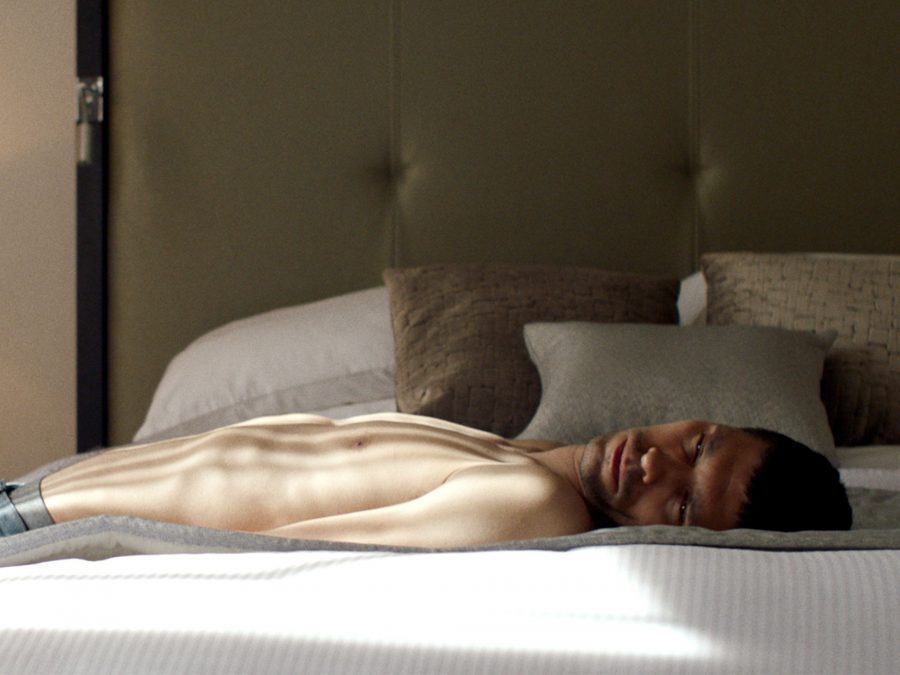 Karia spends a little bit of time establishing the protagonist’s status before his 24-hour odyssey begins. Whishaw’s Joseph leads a lonely, mundane life, working as a Stansted airport security guard among colleagues who barely acknowledge his existence. His emotionally distant parents, meanwhile, are on edge in his presence. Prone to chomping on glass when he drinks, he ends up breaking one in his mouth at a family dinner. He disregards his mother’s demands, flees with a bloodied mouth and refuses to visit the hospital.

He goes to work the next day and acts out towards airport staff and travellers, spitting blood on the floor and getting booted off his shift. Returning to central London in a state of perpetual twitching and uncomfortable grinning, he latches on to the idea of visiting and assisting an off-sick colleague. From there, for reasons that only make sense to Joseph, come a series of impromptu robberies and confrontations across the city, leading to a manhunt.

The screenplay and direction are deliberately vague in terms of attributing clear causes for Joseph’s breakdown. One third-act conversation suggests a possible history of inadequately treated mental illness, but it’s never explicit. The sound design is a racket of roaring sirens and street traffic that reflects the chaos of Joseph’s rapid collapse.

How he is captured aims for a similar visceral connection, but while various unbroken takes are impressive on a technical level, the bouncing camera is barely able to keep up with Whishaw’s wild gesticulations, and it ultimately proves more distancing than intimate. In spite of the effective soundscapes and Whishaw’s valiant efforts, it’s made difficult to feel truly present in Joseph’s headspace at all.

Suggests that watching Michael McIntyre contributes to a mental collapse, so checks out.

A very uncomfortable watch that offers a bravura showcase for Ben Whishaw’s range. 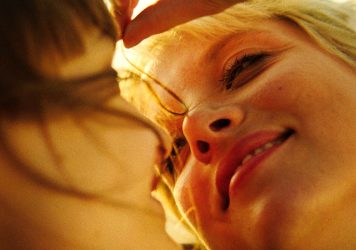 Leonie Krippendorf’s queer teen romance is a sun-kissed story of growth and metamorphosis.