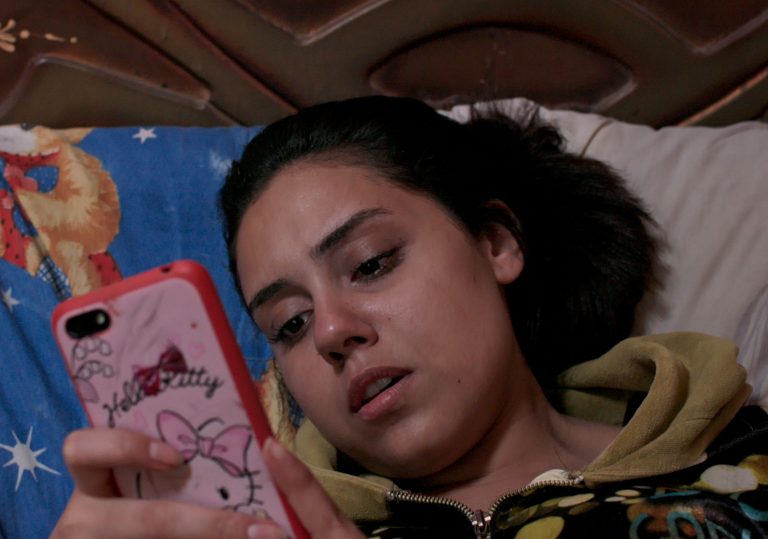 Quite an intimate perspective into teen life but emotionally too neutral.

Such casual, distant treatment of serious issues left me bitter.

A phone camera becomes a mirror for self-perception in Ayten Amin’s Souad, named after its 19-year-old protagonist, played by Bassant Ahmed. Almost a social chameleon, she makes up stories of fiancés and medical schools and fishes for advice from whichever kindly “aunty” is sitting next to her on the bus. Her actual world is smaller.

In the Egyptian inner city of Zagazig, she lives at home, silently serving her parents along with her little sister Rabab (Basmala Elghaiesh). She escapes through her phone screen, obsessively scrolling social media and reaching out to this almost unattainable other world. She starts relationships with older men like Ahmed (Hussain Ghanem), who lives a shiny influencer life hours away in the glamorous portside city of Alexandria, sending him a tranche of voice messages and pictures.

In only showing Souad’s side of this relationship to begin with, Amin highlights the anxiety that comes without human proximity or the immediacy of a response. Souad’s flirting is painful to watch as she sits in the dark, lit by the unnatural blue glow, silently crying. There’s irony in her t-shirt emblazoned with ‘GIRLS DON’T DRESS FOR GUYS’. Without a soundtrack or voiceover, Souad feels voyeuristic as the camera follows its subject intimately, but there is a barrier of understanding, even when we hear her desperate late night messages. 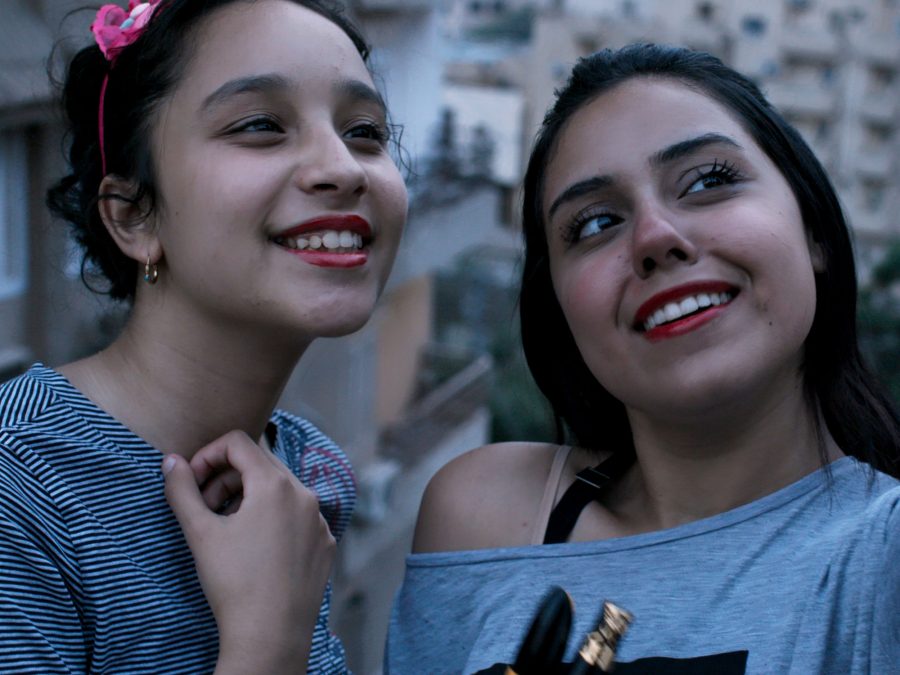 Conversations with her friends introduce the thoughts of other Egyptian teenagers, presenting an intriguing dichotomy between faith and frivolity, from judgements passed on other Instagram profiles to mention of Istikhara, a prayer for seeking answers about the future from God.

While the use of shitty mascara, and too-red, too-sticky lip gloss is a relatable experience, one incisive scene shows the girls talking about lightening skin with lemon juice, highlighting the pervasive beauty ideals that indoctrinate them with racism. However, these limited insights fade as Souad’s closest friends become stereotypes, like an angel and a demon on each shoulder. One overtly flirting and encouraging, the other more reserved about relationships.

In its second half the film switches to Rabab’s perspective as she seeks out Ahmed. There is a realisation that the terrible man on the other side of the phone really is just some guy, as lost as Souad, though old enough to know better. In her debut performance, Basmala Elghaiesh stands out. Despite her youth and unassuming presence, Rabab is as smooth a liar as her sister, and her casual deceptions are startling. She parrots everything from the scolding of her aunt to the pain of her sister, and her confusion bursts out from otherwise reserved dialogue.

Souad interrogates modern Egyptian society with an overly matter-of-fact tone that is only just saved by Elghaiesh’s emotive moments as a kid questioning the value of this ephemeral adult world. As someone with relevant first-hand experience of this world and these characters, it all comes across as superficial and sour – without the counterbalance of hope. Though it may feel more revelatory to those navigating this milieu for the first time.

Quite an intimate perspective into teen life but emotionally too neutral.

Such casual, distant treatment of serious issues left me bitter. 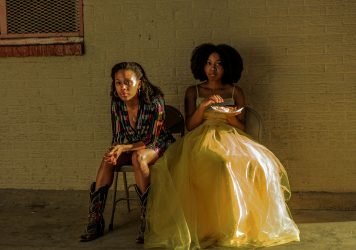