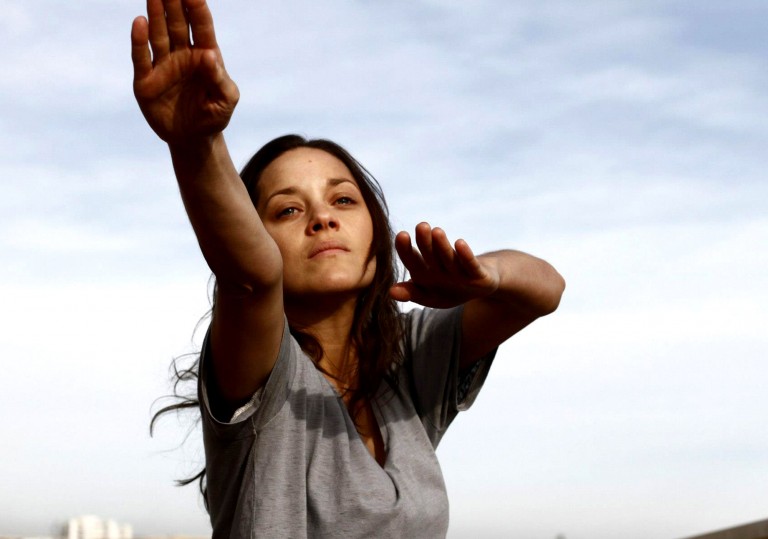 It’s Audiard and therefore a must-see, no matter how dodgy-sounding the premise.

As French director Jacques Audiard admitted in a 2009 interview with The Guardian, every time he gets behind the camera, he visualises the final scene from John Huston’s late-career hit Fat City from 1972. Specifically, the laconic dénouement in which two beaten-down boxers played by Stacy Keach and a young Jeff Bridges sit and drink a cup of coffee in a murky diner in Stockton, California. They realise – with a quiet acceptance – that they are failures and that their lives will always “make a beeline for the drain”.

With Rust and Bone, Audiard again draws on the essence of this scene, this time bringing in a strong female lead who must renegotiate her relationship with the outside world after losing both her legs. Stéphanie (Marion Cotillard), an orca trainer, is injured during an accident at the aquatic theme park where she works. During her prolonged period of convalescence she falls in love with a nomadic bare-knuckle fighter named Ali (Matthias Schoenaerts). He has just arrived in town, kid in tow, from a clearly fragmented and troubled life elsewhere.

The bullish Schoenaerts presents Ali as a volatile yet ultimately loving outsider. The moments of tenderness he shares with his son frequently tip over into uncomfortable machismo, while intimate scenes with Stéphanie are tantalisingly clouded by his apparent emotional indifference. He is a classic Audiard male. From the synopsis alone, the outlook isn’t promising: the whale smacks of overstuffed metaphor, while the juxtaposition between the raw animalism of the beast and the naked brutality of the male fighters is a mite on-the-nose.

And yet Audiard has in fact created a film that skilfully and tenderly balances these forces. Stéphanie experiences surges of anxiety propelled by the untameable nature of both the animal and the man she loves. This bittersweet sense of failure looms heavy over almost every scene, and sudden excesses of emotion threaten every exchange.

The horror of Stéphanie’s accident is executed with great style, set to the oppressive, deep-pumping bass of Real 2 Reel’s ‘I Like 2 Move It’. Like the fi lm as a whole, the scene is fragmentary and hazy. But Audiard is brutal when it comes to depicting the shortcomings of the human body: he zeroes in on the snot and blood of the street fighters, who batter each other in out-of-town parking lots. The sex scenes, too, are deeply erotic, precisely because of their matter-of-fact portrayal. The bodies and minds are damaged, but are in the process of being reclaimed and rebuilt.

Audiard plays on well-worn themes – the threat of violence, the abuse of power, men struggling to accept responsibility for their actions. But he also treads original ground in his exploration of Stéphanie’s burgeoning sense of womanhood as altered by her accident. When Ali persuades Stéphanie to go swimming in the sea, the first time she has stepped outside of her stinking flat in months, it’s a moment of incredible sexual energy that has nothing to do with Ali’s male presence.

Instead, Audiard’s camera devotes itself to Stephanie’s newfound sensuality. She swims naked, legless in full view, joyously rediscovering each nerve in her body, realising that life might not be worthless. Cotillard’s performance is electrifying. Redolent of John Huston, Audiard locates a kind of poetry in damage. He finds a bruised beauty in failure.

It’s Audiard and therefore a must-see, no matter how dodgy-sounding the premise.