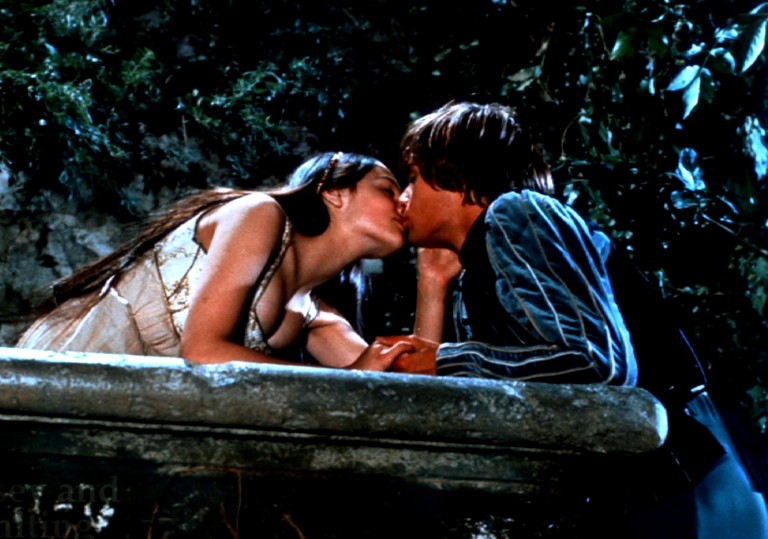 Franco Zeffirelli’s traditional retelling of the most famous love story ever told is one for Shakespeare completists only.

“Each night I ask the stars up above / why must I be a teenager in love?” Dion and the Belmonts weren’t the first to connect tragic young love and the power of the night sky. Shakespeare’s characters, when not sharpening daggers, are most often dreaming with eyes turned skyward, and four hundred years before doo-wop Romeo and Juliet‘s fatal crush was also imagined as properly cosmic in scale.

There’s a high school vibe to Franco Zeffirelli’s 1968 opulent but traditional telling of the Romeo and Juliet tale, and not just because it’s the version most likely to be screened in an English class. The characters sneak between bedrooms and parties, behind the backs of an unjust, uncaring adult world. “Punk rampant” Mercutio (John McEnery) is the prototypical comic sidekick, and his banter with super-jock Tybalt (Michael York) is played here for all its goofy potential. But it’s the film’s sense of starlit melodrama that really finds an affinity with the high-schooler imagination.

The sets are tight and stagey, every corner is decorated with baroque lushness, every shot framed by a velvet curtain or silvery branch. And the dialogue isn’t caged in by any attempts at naturalism. Leads Olivia Hussey and Leonard Whiting bring out the humour in the elaborate rhetorical games they dance around each other, like the tentative back and forth of prom night.

All this sneaking around is always “at pain of death.” The drama plays out on a stage of mortal dimensions, the only one that can fit their emotional extremes. But the threat hangs in the background like pure set dressing. Unlike the brash and shiny menace of Baz Luhrmann’s West Coast murder capital vision of Verona, the swordplay feels no more lethal than the insults they fling at each other. They’re just fooling.

So when the first blood appears on screen, the characters in fair Verona feel the shock of a game gone too far. And it’s after this that the melodrama that felt so fitting for the dreamy yearning of the previous scenes starts to grate. When attempting tragedy, it becomes pantomime.