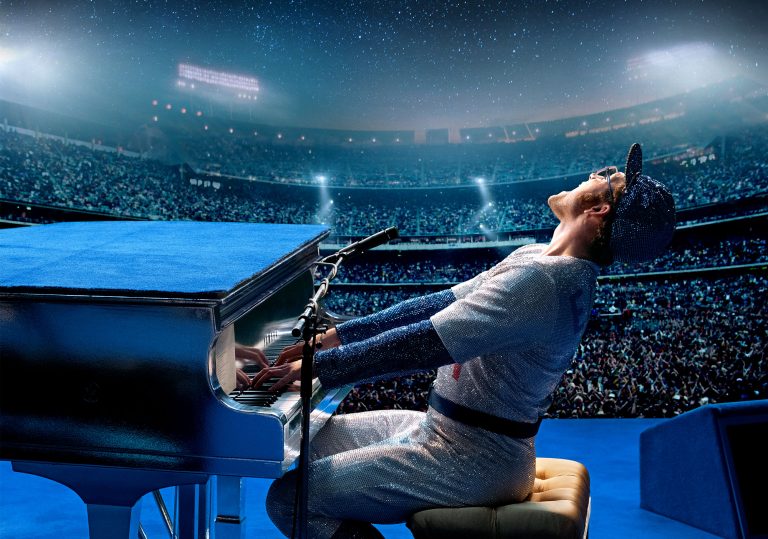 The bitch is back.

Burning out of fuel up there alone.

When the biopic sendup Walk Hard: The Dewey Cox Story hit cinemas in 2007, it could’ve signalled the end for a certain species of hackneyed character study. Instead, it unknowingly provided a blueprint for the many hyper-formulaic analyses of the tormented-yet-brilliant that have followed Dewey’s example of what to not do to a T.

A reverse-engineering from Walk Hard seems to be the only possible explanation for the slavish rigour with which the new Elton John portrait Rocketman adheres to its template. It is a parody of a parody, draining the humour from what should by this point be punch lines. Director Dexter Fletcher, who was last seen cleaning up the mess Bryan Singer left of Bohemian Rhapsody, may as well have made the film by muscle memory.

There’s a nasty childhood, as the boy born Reginald Dwight chafes under an absentee father and a diligently hurtful mother. (“I wish I had never had children!” is Fletcher’s take on, “The wrong kid died!”) He finds salvation through song, first as a classical pianist and then as a backer for soul musicians willing to share the wisdom that only ever comes from older black men in movies like this.

As a young man Elton is played, with gap-tooth chompers and a series of increasingly wispy hairpieces, by a ham-flavoured Taron Egerton, and the story sees him using his gift to escape his provincial upbringing. John links up with a rangy-haired songwriter (Jamie Bell) and they become fast friends eager to take on the world. Once the stardom starts to hit, we all know the drill: sex, drugs, self-absorption, alienation of the loved ones, rehab, and redemption. 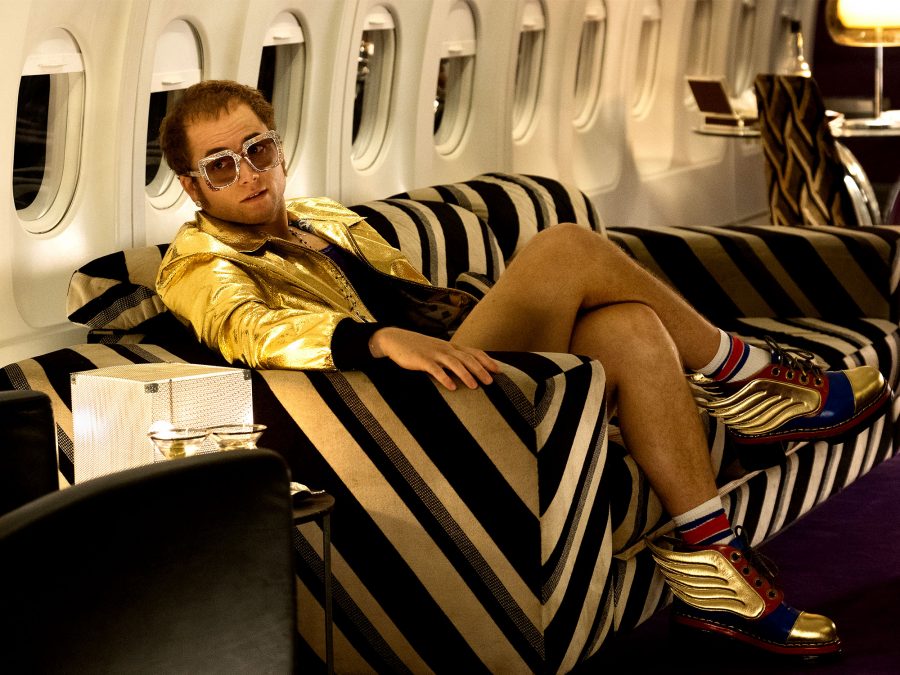 To the film’s credit, it does not shy away from Sir Elton’s freewheeling sexuality, or the stifling effect that years spent in the closet had on his capacity to make romantic connections. It’s a relief to see a well-budgeted American studio project willing to accept an R rating, and to earn it by virtue of its adoring gaze on toned gluteals. As some have been eager to note, this film embraces the gay exuberance that made John such a captivating onstage presence. One production number suggests an orgy with its dervishes of writhing, the lone moment of daring or creative license in a film very clearly executive-produced by its subject.

Though John’s participation doesn’t hold the film back as much as he holds it together; he authorised the production to ransack his song catalogue and recreate all his most outrageous getups, the music and costuming being the least-horrible components of an otherwise dreadful sit. But neither element can honestly be attributed to Fletcher, who’s leeched all present brilliance from John’s legacy instead of conjuring his own. Even the musical numbers, closer to Broadway than Hollywood in their willingness to dive into fantasy, foreground the tunes while disguising subpar choreography with flashy camerawork.

Rocketman aspires to nothing more than colourful reportage of a life already well-known to the public, dissolving into an encyclopedia entry as the final title cards inform us that things turned out alright for this “Elton John” fellow. The recent box-office success of Bohemian Rhapsody indicates that the rote and expected are precisely what the people desire, the equivalent of yelling at the film industry to shut up and play the hits.

More troubling still, the critical corps at Cannes – the last line of defence against mediocrities desperate to be liked – seem to have largely given this one a pass, judging from the robust applause at this morning’s press screening. To quote the great sage Dewey Cox: goddammit, this is a dark fucking period.

The bitch is back.

Burning out of fuel up there alone.