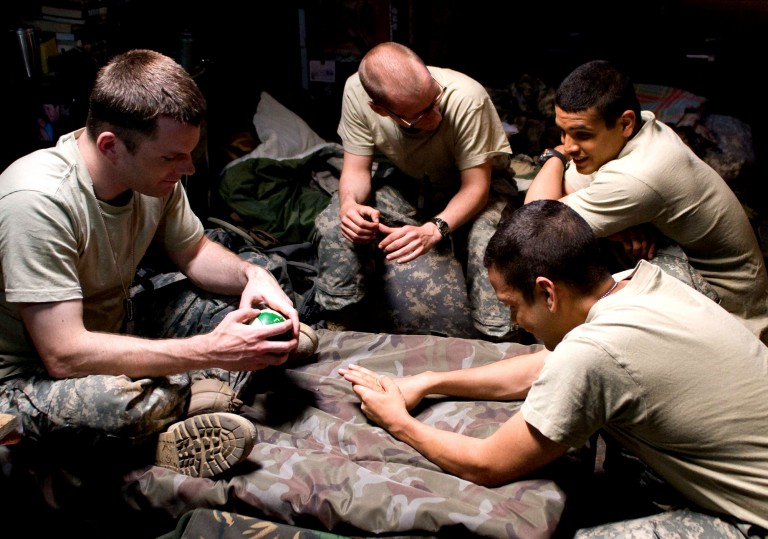 Big name US director who’s been known to knock out the odd classic.

Definitely one of those ‘more interesting than enjoyable’ films.

A very easy film to dismiss, but there is more to it than meets the eye.

Redacted is a film with dirt under its fingernails, and it’s not ashamed to hold ’em up to the light.

One more great movie is all it would take to enshrine Brian De Palma in the pantheon of world-beating modern American directors. While 2006’s handsome if spineless Elmore Leonard adaptation, The Black Dahlia, felt a little too much like he was resting on his period gangster yarn laurels, the very least you can say about Redacted is that he’s wrong footing the obituary writers by honing his craft down to a fine (blunt, even) point.

Rebellious and scattershot, this bile-filled Iraq war drama takes a US military checkpoint as its focus and documents the daily grind of some whoop-‘n’-holler Marines who, after one of their supervisors has his leg blown off by a rogue landmine, decide to take bloody revenge on a random, perhaps innocent, group of Iraqi locals.

Using footage from the camera of plucky Private Angel Salazar (Izzy Diaz) as its narrative driving force, the film then takes a look at key events from the perspective of Arabic news channels, CCTV and officers higher up the chain of command. This in turn reveals the different ways a ‘fact’ can be construed when examined by different parties, but more than that, exposes the different forms of media (and how they are both exploited and silenced) that are now used to bring war to a wider audience.

While many may not shine to the fact that it’s a film that shouts out, ‘Hey kids, I’m a lo-fi DV experiment!’, if looked at from the right angles Redacted actually has a lot to say about the idiosyncrasies and the paradoxical ethics of warfare, and how it can warp and brutalise the character of even the most meek and mild of men.

De Palma is not a director you often see lecturing from a soapbox, so a second-half volley of preachiness can be forgiven, but there are some other problems. The ‘acting’ is a little theatrical in a film that would have benefited from a more naturalistic edge. And on that point, De Palma’s attempts to replicate these different media are wholly disastrous: European TV is made to look like a soulless round-the-clock infomercial for Florida rest homes, and the CCTV footage mysteriously comes with sound. If it’s poise and objectivity you want, head for Nick Broomfield’s Battle for Haditha.

Big name US director who’s been known to knock out the odd classic.

Definitely one of those ‘more interesting than enjoyable’ films.

A very easy film to dismiss, but there is more to it than meets the eye. 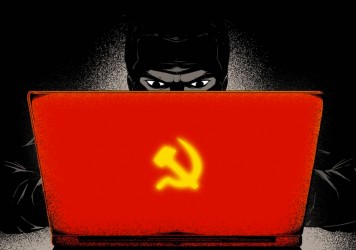 Is Bridge of Spies really about a new Cold War?

The brilliant new film by Steven Spielberg talks universally about the nature of war and diplomacy.