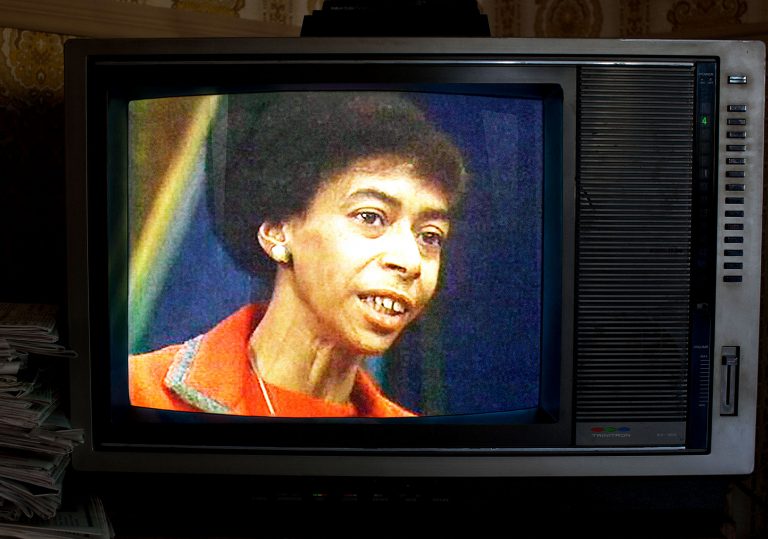 Super intrigued by this fascinating story.

Starts off really strong, still lots to enthuse about.

Dips in the second half but well worth your time.

One woman’s obsession with recording the TV news becomes a fascinating visual chronicle of modern history.

For 33 years, the elusive African-American archivist Marion Stokes religiously recorded the TV news for 24 hours a day. Triggered by the 1979 Iranian hostage crisis, it was Marion’s belief that, “the TV was part of what was taking us hostage,” and so she set out to document how history is recorded. In his film, director Matt Wolf illuminates fragments of her obscure life and sense of discipline, but he also reveals the true gravity and scope of her project.

The film’s biggest strengths lie in its first half, where we learn how Marion became such a diligent and isolated figure. Described by Melvin, her first husband, as a woman who was, “indescribably loyal to her own preferences and tendencies and beliefs,” Marion met him while she was a librarian and he was an active member of the Socialist Party. When the couple graduated to Communism, Marion lost her job and was subjected to FBI surveillance. After a short flit to Cuba with their young son Michael, their marriage dissolved. Marion remarried and, soon after, her own surveillance project began.

Throughout the documentary, Wolf uses interviews with Marion’s family and staff and, later, TV researchers and journalists, as a way to shed light on exactly what she accomplished and at what cost. Visually, the blend of family photographs and footage of notable news stories create an easy-viewing documentary. Wolf also uses shots of Marion’s multiple apartments, the chaos of her surroundings seeming antithetical to the meticulousness of her work – a television in each room, always recording, bags of VHS tapes and floor-to-ceiling bookshelves spilling out on to the floor.

Marion’s love of Star Trek and her obsession with Steve Jobs era Apple products (on which she made hefty returns on investment) portray her as an eccentric futurist, almost reluctantly ahead of the curve and constantly demanding more of herself and those around her. The delicate descriptions of Marion by those who knew her, emphasise her complexity beyond the easy characterisation of an oddity.

During the second half of the documentary, Wolf becomes fixated on the archive that was the product of her labour and isolation. Over the 33 years she spent recording, Marion amassed 840,000 hours of news footage on 70,000 tapes, only 100 of which were digitised to make the film. Following Marion’s belief that those in power are able to “write their own history, from their own bias” the importance of this painstaking archive can’t be underestimated.

Stand-out news segments feature the ‘President of the anti-nostalgia association for the advancement of time’ – a group that believes America is too preoccupied with the past, and an illustration of the time it took four separate news channels to break the news of the 9/11 attacks.

There is always an issue of sensitivity with documentary filmmaking, but the final film is wanting. Wanting more Marion, and wanting more interrogation of the role public news plays in American life. But that doesn’t mean this documentary isn’t worth your time, Marion was an actionable inspiration and contradictory genius. The digitisation process is ongoing and her archive will be available for generations to come. A stern mother and devout intellectual, Marion’s work as surveyor and truth teller continues.

Super intrigued by this fascinating story.

Starts off really strong, still lots to enthuse about.

Dips in the second half but well worth your time. 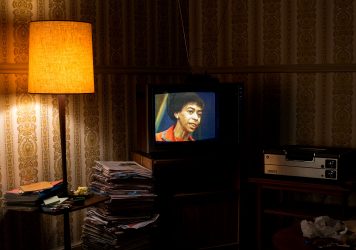 How one woman captured 30 years’ worth of broadcast news 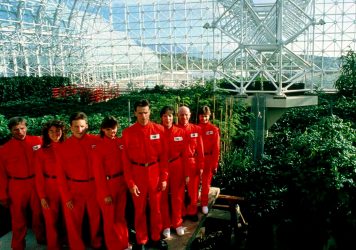