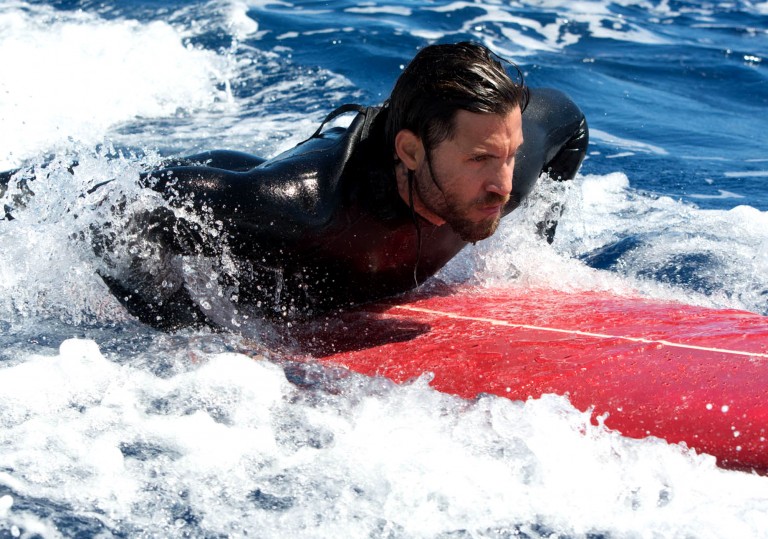 Did anyone actually ask for this?

The tagline is, “Find your breaking point”. It helped us find ours.

People jumping off things. And repeat. The remake that absolutely no-one wanted has finally arrived.

A distinct lack of originality is evident in this joyless remake of ’90s cult favourite Point Break. True to formula, this 21st century reinvention ratchets up the scale on every level – more stunts, more masochism, more boredom. Keanu Reeves’ Johnny Utah (Luke Bracey) is reborn as a former motocross star turned unlikely FBI agent, while Patrick Swayze’s Bodhi (Édgar Ramírez) is an extreme sports enthusiast/eco-warrior who undertakes eight tests of physical and spiritual endurance (known as ‘the Osaki 8’) to give back to the world what he has taken from it. This attempt to boost the material with a new-age environmental conscience falls flat, as it’s devoid of any depth and Bodhi’s constant recourse to faux-enlightenment spiel becomes quickly tiresome.

Similar to the premise of the original, Utah goes undercover to discover whether Bodhi’s group are behind a string of elaborate robberies. And that’s about all there is to it. This isn’t a film with any interest in telling a compelling story or showing any true affection for or understanding of its source – it’s an advert for extreme sports, motivated by cool stunt and set pieces. It’s completely stripped of the humour, charm and brutality which made the original remain in the collective hearts of the public for so long. The few direct references to the original are shoe-horned in so crudely that they barely register as lame nostalgia. Cinematographer-cum-director Ericson Core provides a couple of decently choreographed action sequences, but those are bereft of any tension due to the stark hollowness of the characters and sanitised approach of the script.

And yet, there’s a high calibre of acting talent involved here even if no-one seems interested in engaging with the material. Utah’s FBI partner Angelo Pappas (Ray Winstone) is criminally underwritten, while token love interest Teresa Palmer (Samsara Dietz) is so inconsequential to the dour, testosterone fuelled narrative that the film would be no different were she written out of it completely. In addition to this, the charismatic bromance between Reeves and Swayze is sorely missing here, as Bracey and Ramírez seem more like casual acquaintances at best. The only empathetic element is the characters’ search for some semblance of meaning, because we’re also desperately searching for some among all these scenes of irritating humans jumping off shit.

Did anyone actually ask for this?

The tagline is, “Find your breaking point”. It helped us find ours.