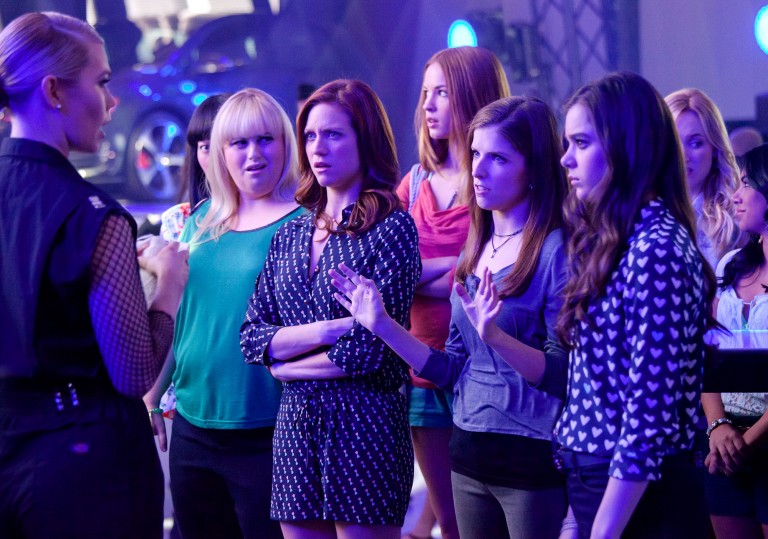 Will the pitch be perfect?

It can hold a tune.

The Barden Bellas bounce back, or rather, after an unfortunate, presidentially observed wardrobe malfunction, find nationwide ignominy. They lose all the trappings of success garnered from their 2012 venture, and, in the torrid world of a capella song battles, are sent right back to square one.

Back then, the proud legacy of Bellas was waning – they were stuck with old ideas that didn’t work. The misfit bunch had talent, but couldn’t quite hit the mark required for collegiate a capella greatness. Enter Anna Kendrick’s aspiring DJ Beca, her EDM influenced mash-ups and cutting edge choreography helping the troop to embrace the new and pull together for a national victory.

In 2015, after gaining back their underdog appeal they’re now up against pantomimic German villains, Das Sound Machine, DSM for short, or “Deutschbags” in the vernacular slang of Pitch Perfect 2. Deprived of their title, they’re set to compete against the world’s best a capella groups on the international stage while rediscovering their distinctive voice once more.

So far so Glee – it’s all sugary grist for the sequel mill and it truly doesn’t matter if it’s one lump or two. Revel in its unalloyed campy gloss and you’ll find a formulaic but funny film with two extremely likeable female leads in Kendrick and Rebel Wilson. Formulas are formulas because they work. And Pitch Perfect 2 is packed to the rafters with genuinely uproarious moments.

Some jokes don’t land. In particular, those of Latina character Flo Fuentes who seems to exist solely to recount stories of her mother trying to sell her for cigarettes, having diarrhoea for seven years or the prospect of dying when attempting a border crossing when she’s inevitably deported. Are they using it as a comedic vehicle to highlight the inequalities Mexican people face in the US, or just spouting unfunny stereotypes for cheap laughs? It’s often hard to tell which way the hammer is falling.

As a franchise entry, Pitch Perfect 2 isn’t the underdog anymore, less like the Barden Bellas and more like the sleekly automotive accomplished DSM. It may be calculated, but it gets the best out of a talented cast. And with a surfeit of charm and some killer wit muddled in, it’ll surely win you over by the first big number.

Will the pitch be perfect?

It can hold a tune. 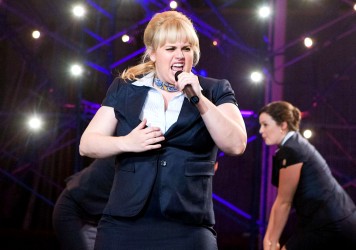