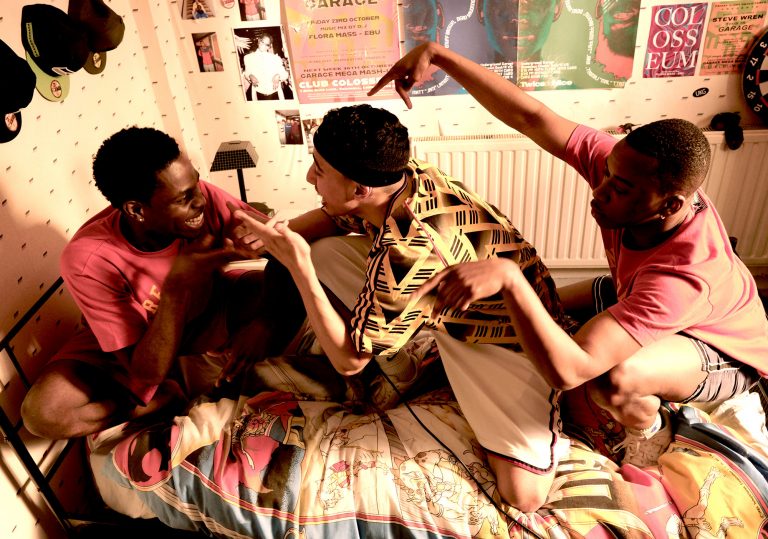 We all know Reggie Yates, just not the one who writes and directs movies.

The closest thing to a time machine with energy that explodes off the screen.

A great slice of underrepresented British life that deserves to be seen big.

It’s New Year’s Eve in London. The year is 1999. Google is something we’ve barely heard of. Tamagotchis are something we all still care about. Three best friends are trying to break into the music scene through pirate radio and embark on a mission to see in the new millennium in style. It’s a simple premise that forms the backbone of Reggie Yates’ feature debut, Pirates, yet the film has all the ingredients to become a British classic.

Cappo (Elliot Edusah), Two Tonne (Jordan Peters) and Kidda (Reda Elazouar) have a solid agenda of ‘Tekken and titties’ to see in the new year, before Two Tonne’s infatuation with local girl Sophie (Kassius Nelson) causes him to promise her the ultimate night out. Cooking up a scheme to get into the Twice as Nice Y2K party at the legendary Club Colosseum, it’s a race against time to secure tickets and a kiss by midnight. With Cappo’s tiny, bright yellow Peugeot as the dream machine, the boys set off on a series of madcap errands and misadventures.

Transporting the audience on a fun-filled throwback to both the ’90s and young adulthood in general, Yates pays homage to London’s rich garage heritage (have fun spotting all the cameos from legends of the genre), deftly deploying a thumping soundtrack of classics that are impossible not to sing along to. Through his infectiously likeable and talented protagonists, Yates’ rollicking dialogue captures the brilliance of youth in all its bold foolishness and earnestness. 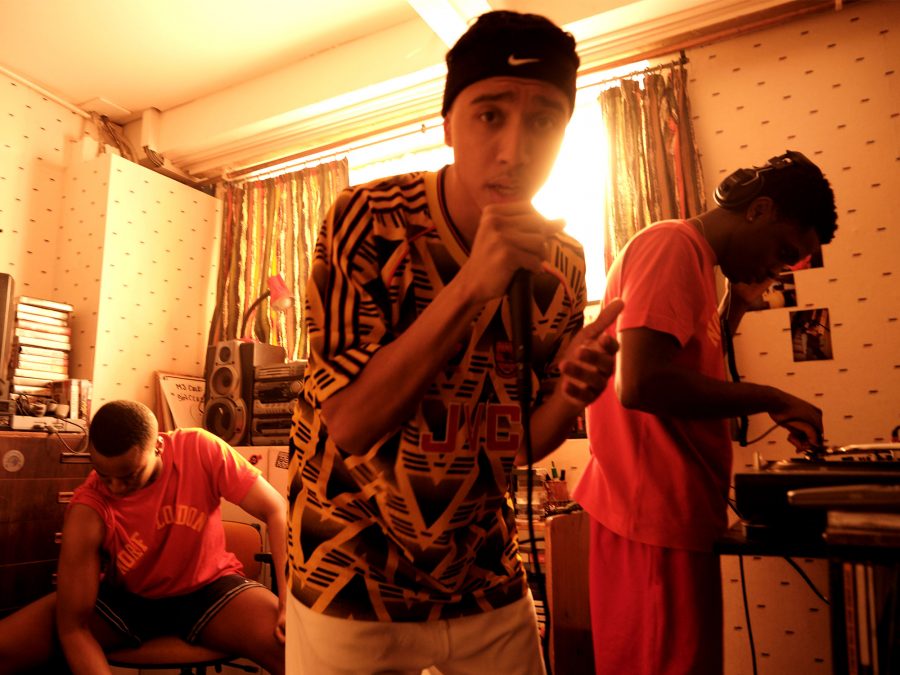 His directorial style is as joyous as his writing, and we’re introduced to the Pirates through the unmistakable sounds of ‘Dooms Night’ by Azzido Da Bass accompanying cuts of the trio clowning around in front of a red and white swirling backdrop. This zany opening is the precursor to a feature that foregrounds the vibrant and the celebratory.

Aside from the humour, Yates also succeeds in realising the world of these teenagers so truthfully that their growing pains are acutely felt, despite our adult selves knowing these tensions to be largely inconsequential. This in fact creates a hankering for a time when such juvenile problems took the place of the 24/7 digital torrent of global issues we’re now so attuned to.

At one point in the film, a character references London by saying, “We’re not stuck here, we’re from here”. In making Pirates, Yates has stated his intention to show the lives of Black youth with a narrative other than the more prevalent depictions involving crime or hardship. With further consideration being given to the presence (or lack thereof ) and portrayal of Black people on screen since the Great Enlightening of summer 2020, Pirates arrives as the perfect tonic.

We all know Reggie Yates, just not the one who writes and directs movies.

The closest thing to a time machine with energy that explodes off the screen.

A great slice of underrepresented British life that deserves to be seen big. 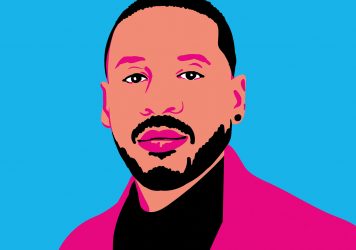 How a love of cars, London and UK garage informed the writer/director’s madcap debut feature, Pirates.