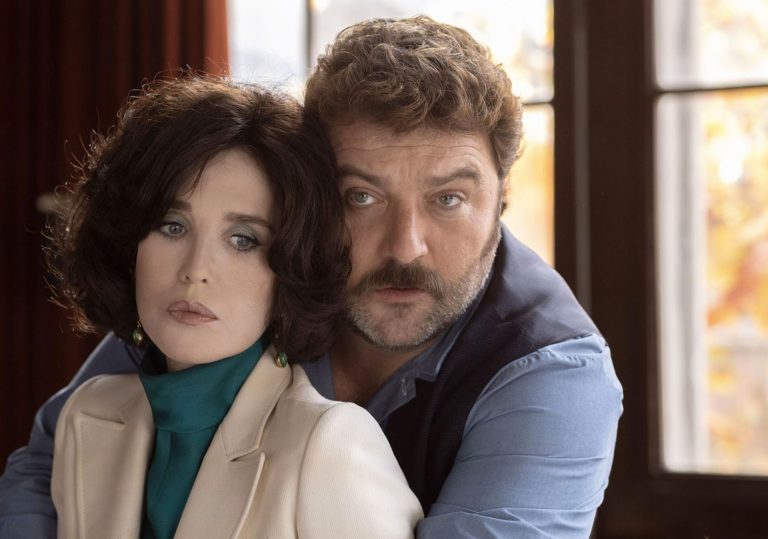 A gender-flipped take on a Fassbinder's 1972 classic.

Only works when its not being overly slavish towards the original.

Moments that shine through, but feels too much like an intellectual experiment.

François Ozon fanboys over Fassbinder (again!) with this reimagining of 1972’s The Bitter Tears of Petra Von Kant.

Watching François Ozon’s Peter von Kant is something of a strange experience – like a funhouse that feels familiar while also being a bit deranged. From its very title, one can’t quite shake off the feeling of deja vu that comes with it explicitly playing off Rainer Werner Fassbinder’s seminal 1972 film and play, The Bitter Tears of Petra von Kant, and that feeling persists throughout.

With his latest feature, Ozon tries doing two things: loosely adapting Fassbinder’s play, complete with a gender swap; and creating a playful biopic of the iconic German filmmaker. Ozon turns his favourite filmmaker — one whose work he is not just inspired by, but has adapted in the past (2000’s Water Drops on Burning Rocks) — into Peter von Kant (Denis Ménochet), a successful filmmaker who shares his flat with his assistant Karl (Stéfan Crépon), with whom he shares a romantic/sadomasochistic relationship.

Through Sidonie (Isabelle Adjani), an actress he considers a friend, he meets a handsome young man named Amir (Khalil Ben Gharbia) and an affair kicks off. The problem with affairs, though, is that they frequently end tragically, and, thus, Peter becomes as moody and foolish as anyone with a broken heart.

Peter isn’t just a stand-in for Fassbinder, but a replacement for Petra von Kant’s fashion designer, and the original play’s narrative beats are all present. This fusion of both adaptation and biopic results in something a bit askew, uncertain which one it wants to be more and what tone it wants to strike throughout.

Ozon ditches the distant, almost caustic, aesthetic of Fassbinder’s film version, and replaces it with something more colourful and flippant. It’s a stark contrast, but one that works in pairing with some of its performers and their camp tendencies.

Take Adjani’s brilliant turn as Sidonie, which boasts a comic awareness that suits this self-aware adaptation so well and feels like exactly what it should be – not so much a parody of Fassbinder’s work, but a heightened version of it; a drag performance of Fassbinder, if you will.

Her brief appearances are among the most memorable aspects of the film, as is every deadpan reaction that Crépon gives the camera or his boss. They sit in stark contrast to the relative dullness of Ménochet and Gharbia (imitating Fassbinder and El Hedi ben Salem respectively), and even a passing performance by Hanna Schygulla (who worked with Fassbinder a number of times) as von Kant’s mother.

At a certain point, catching all the niche references becomes a bit like insider baseball. The dialogue, much of it stripped from Petra von Kant, never manages to feel meaningful when removed from its source and moulded into something new, and Ozon’s work is far more interesting when he’s exploring his pet themes, from power dynamics to the relationship between icons and their messy histories. Every time it attempts to land a dramatic beat, it falls flat, simply because there’s no weight to any of the performances or dialogue.

And therein lies the problem with Peter von Kant: it’s a lot more interesting and exciting to think about than it is to watch. Without Fassbinder’s ineffable ability to create a tragic romance through rigorous filmmaking and a sense of forbidden love in every fibre of its being, Ozon ends up with a film caught in an emotional and thematic No Man’s Land.

But when a moment does connect, it’s because of how starkly different an approach he takes. One dance scene, smack in the middle of the film, is Ozon at his best – Peter’s apartment is drenched in lighting reminiscent of Douglas Sirk’s All That Heaven Allows (a Fassbinder favourite), and Ménochet bounces from wall to wall, dancing to a record while pining over his muse. No words are needed other than the music, because the production itself says it all. These brief splashes of beauty – of indulgence – elevate the film beyond mediocre intellectual experiment.

A gender-flipped take on a Fassbinder's 1972 classic.

Only works when its not being overly slavish towards the original.

Moments that shine through, but feels too much like an intellectual experiment.