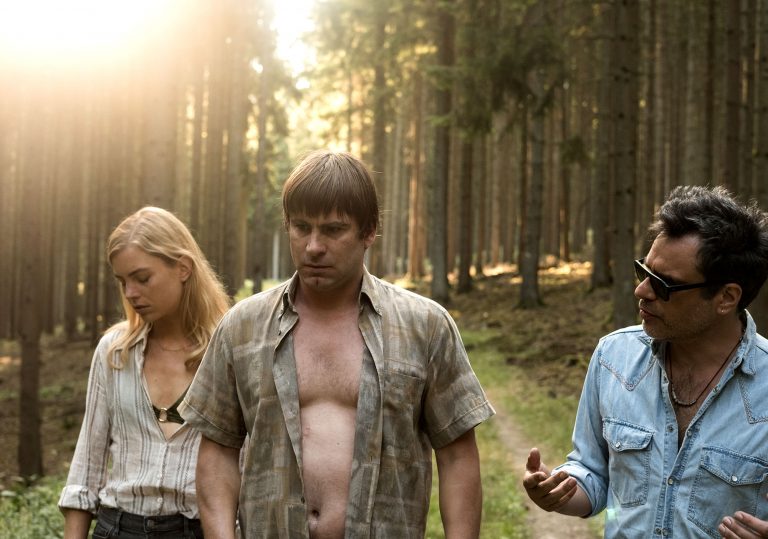 Another remake of Richard Franklin’s 1978 Ozploitationer?

One man’s quest to find his missing hammer becomes a profound existential journey in this stripped-down comedy.

“It’s all down to an uncertain void that has been created,” says Herman (Pierre Bokma) as he addresses the residents of a naturist campsite in a bid to take over now that the owner Rudy (Josse De Pauw) has died.

Herman – nicknamed The Windbag – sees opportunity in the power vacuum left by Rudy’s death, but Rudy’s adult son Patrick (Kevin Janssens) is more preoccupied with a different void: a hammer missing from the workshop where, when he is not tending to maintenance jobs around the campsite, he crafts exquisite chairs for himself that nobody else ever notices. In Tim Mielants’ feature debut Patrick, co- written with Benjamin Sprengers, our corpulent, taciturn hero will set out to find the lost hammer.

“You are going through an existential phase caused by your father’s death,” says Herman’s wife Liliane (Ariane Van Vliet), who has for some time been sleeping with the younger man in an open, one-sided affair. “And that manifests itself in your search for that stupid hammer of yours.” It might be tempting to take Liliane’s rather on-the-nose psychological/philosophical reading of Patrick’s motivations as the film’s bottom line – but one of the strange joys of Mielants’ feature is its characterisation of Patrick as a man who, in keeping with his nudist practices, has nothing to hide and no buried subtext.

The camp’s ubiquitous nudity, like the wall-free sets of Lars von Trier’s Dogville, brings everyone’s often flawed humanity out into the open, letting it all hang out. While Patrick’s investigation will expose others engaged in secret schemes and petty rivalries, Patrick himself remains simple and guileless.  As camp visitor Nathalie (Hannah Hoekstra), who has come to stay with her self-involved, womanising musician boyfriend Dustin (Jemaine Clement), puts it, “It’s as if we are all trying something out while you’re just being yourself – and that is beautiful to see.”

In this context, it becomes entirely possible that the hammer, like the proverbial cigar, is no symbol for something else, but exactly what it is. After all, Patrick was already looking for the hammer before his father died.

Patrick is himself something of a void. He is a classic ‘muttering man’ – a barely articulate cypher who shuffles awkwardly through his environment like a little boy lost. Yet in contrast with all those other films, Patrick paints a mannered portrait of an undemonstrative, unambitious, possibly autistic man-child who, far from being a damaged soul, may in his own way be utterly complete.

Though it has seen better days, the campsite allows Patrick to lead a simple life, letting it all hang out in a glorious natural setting while having plenty of free time to pursue his furniture- making hobby. He has everything that he wants and needs – aside of course from his hammer. It is that missing part of him that becomes the focus of a film that is both quirky detective story and part-sympathetic character study.

Patrick may lack sophistication and not be the sharpest tool in the box, but his honesty and decency – rare qualities key to why other characters (Herman aside) like him so much – slowly work their peculiar charm over the viewer too. Patrick fills a void you never knew you had.

Another remake of Richard Franklin’s 1978 Ozploitationer? 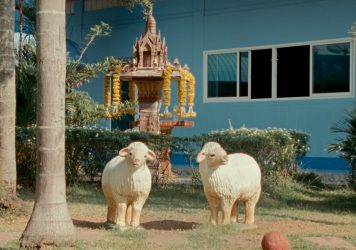 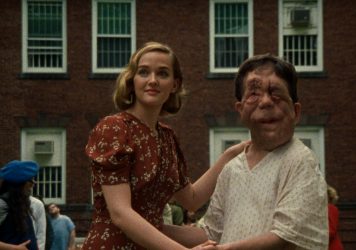