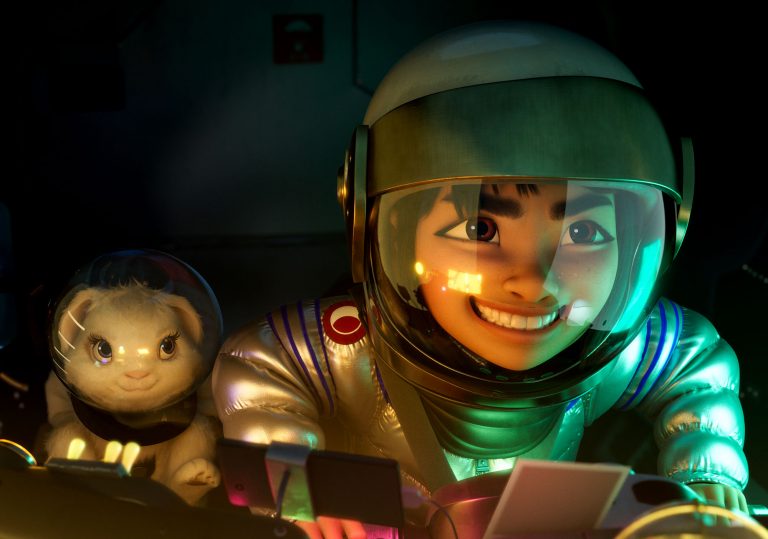 The first feature as director from a prolific character animator.

Shoots for the moon, but doesn’t quite get there.

One of the most stunning and conceptually exciting moments of Over the Moon lands early. As Fei Fei (Cathy Ang)’s parents retell the Chinese legend of Chung’e (Phillipa Soo), a goddess who resides on the moon, forever separated from her love Houyi, the picture seamlessly transitions from impressively rendered CG animation to sketchy hand-drawn frames. Director Glen Keane overlaps the family’s affection for traditional tales with an appreciation of traditional animation.

Beyond the retelling of the legend, some 3D scenes have playful 2D doodles dancing around in the background during a montage of the main character working on her rocket. A long-time character animator for Disney, having worked on almost all of the studio’s animated output since Pete’s Dragon in 1977, Keane displays equal reverence for tactile, hand-drawn work as well as the potential of the more untethered computer animation.

Over the Moon engages with tradition on multiple levels, made in the mould of the kind of Disney films that Keane used to work on. One such way: despite what Netflix’s trailers suggest, this is actually a musical, with mostly serviceable songs married to a moving story about a child dealing with the loss of a loved one. The tale of Chang’e is inherently connected to Fei-Fei’s memory of her mother, her belief in the legend inherently tied to her refusal to accept her father’s (John Cho) new relationship with Mrs Zhong (Sandra Oh), of selfishness born from grief. 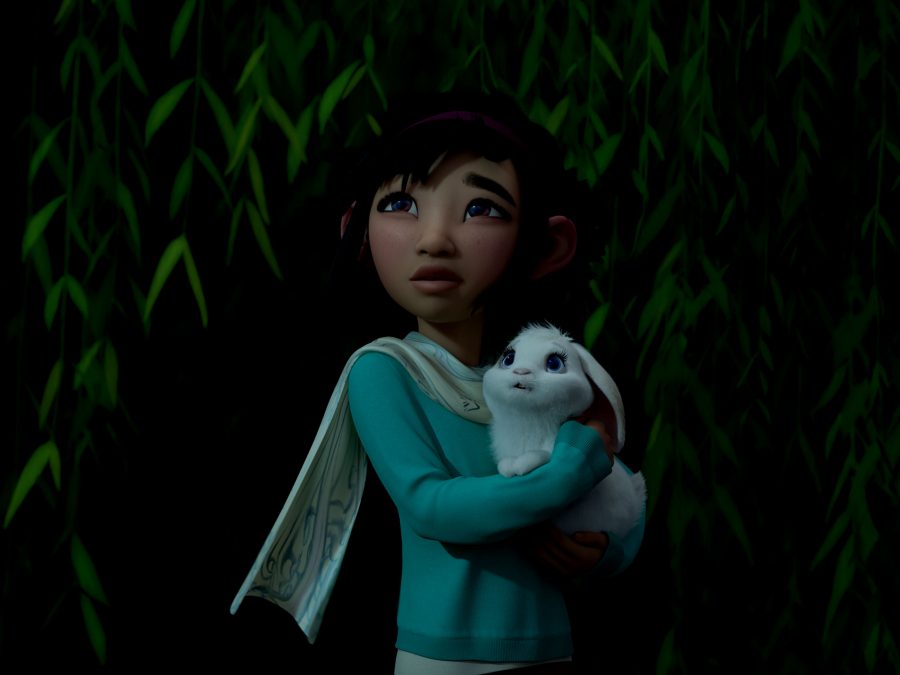 Many plot points will be instantly familiar to older viewers: a child’s refusal to move on; a parent’s new love; the encroachment of new step siblings. You can calculate the trajectory of each arc the moment it begins. To be fair, one can easily imagine children being swept up in the film’s bold colours. Adults should find a lot to love in the visuals as well, as the story shifts from the lush greens of Fei Fei’s hometown to the cold, expansive negative spaces of the moon, to the luminous, abstract shapes of Lumeria, the hidden moon kingdom ruled over by Chang’e herself.

Throughout Over the Moon, Keane applies the sensibilities of 2D animation to 3D, often flattening images to a single plane and, once Fei Fei arrives on the moon, similarly flattening the brighter tones of Lumeria. So while the story hardly reinvents the coming-of-age wheel, certain stylistic touches make it feel less disposable.

Later, Chang’e’s (re)introduction as an immortal diva pop idol – bursting onto the scene in Alexandra McQueen-esque get-up – marks a shift not just in the film’s art style but in its music as well, moving from a (fairly literal) classical style of musical number to (still fairly literal) dance pop and even hip-hop. While this means that the film is always visually engaging, the rest would have benefitted from more focus.

The main cast could really have done with some more time together, instead of being interrupted by various zany supporting characters (including a mostly annoying mascot character voiced by Ken Jeong). Despite this and the oddly paced, paint-by-numbers narrative, the visuals truly pop, and the film is at once unpredictable and dazzling in its combination of different techniques and styles.

The first feature as director from a prolific character animator.

Shoots for the moon, but doesn’t quite get there. 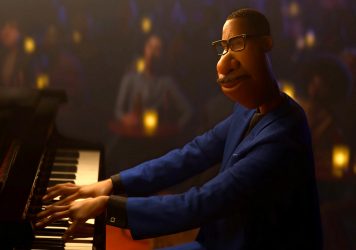 Jamie Foxx is a jazz musician reckoning with the afterlife in Pixar’s best film in quite some time. 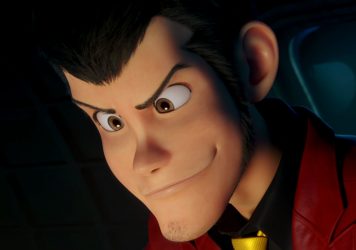 What’s old is new again in Lupin III: The First

The classic Japanese manga series makes the jump from 2D to 3D, and makes it look easy. 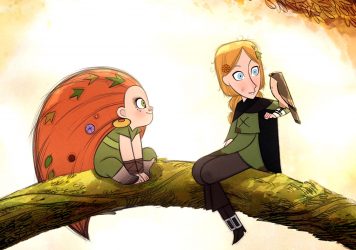 The animation studio behind Song of the Sea and The Secret of Kells return with a spellbinding revisionist fable.