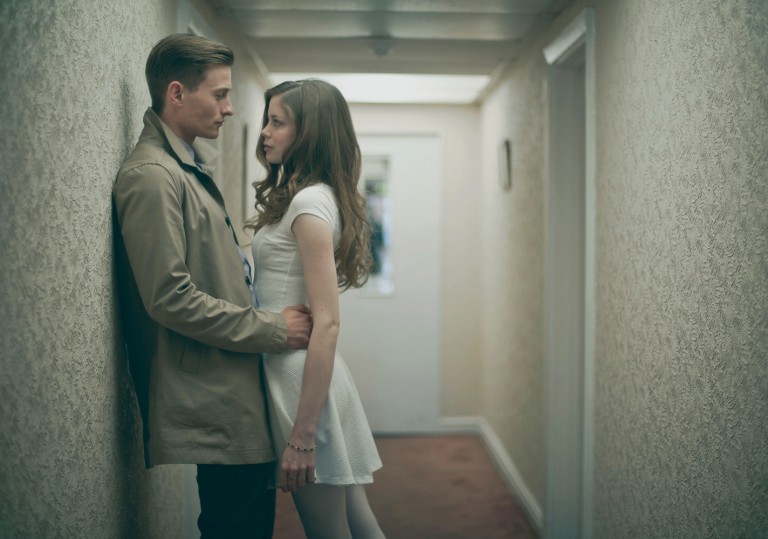 It was nominated for the Michael Powell award for Best British Feature at this year’s Edinburgh International Film Festival.

A compendium of gangster archetypes that verge on self-satire, held together by a plot as unsophisticated as a WWE fight.

A naff gangster turf war carve up that’s saved from ignominy by some decent performances.

To some extent, North v South can be seen as a gangland reimagining of ‘Romeo and Juliet’, telling the story of two lovers caught between warring English crime families. It is narrated for the most part by protagonist Terry Singer (Elliot Tittensor), one of the top captains of a Northern syndicate despite being, by his own admission, a little soft for organised crime.

He is in a secret relationship with Willow (Charlotte Hope) the daughter of an infamous kingpin from the South (Steven Berkoff). Compared to the wildly passionate lovers in Shakespeare’s play, however, Terry and Willow merely seem sickly sweet. Their romance is pared down to a few twee flashbacks and some soppy dialogue, ultimately serving as second fiddle to the gangster antics.

Thankfully, the performances are considerably better than the script. Veteran actors Bernard Hill, Oliver Cotton and Keith Allen are perfect castings as scheming mob bosses, while Freema Agyeman gives a noteworthy turn as a multilingual extortion and weapons specialist named Penny. In an homage to Luc Besson’s 1994 film Léon, she agrees to train up a young orphaned girl, played by the promising Sydney Wade.

Unfortunately, though, fine acting cannot disguise the film’s many failings. Writer/director Steven Nesbit creates an array of characters – ranging from ruthless thugs to a transvestite hitman – all of whom seem to flaunt cruel, maniacal or obnoxious traits. (Even when Terry visits his terminally ill mother, in a scene intended to endear us to the leading man, she manages to shoehorn in a racist comment about “bloody Arabs”.) Yet he fails to make them seem like anything more than two-dimensional caricatures, all apparently competing to be a little more psychopathic than the other.

As a consequence, the film feels somehow unstructured. For instance a subplot emerges, when one Southern crew member suggests mutiny, before dissipating without hint of resolution. Likewise, the baggy narrative often relies on Terry to explain what is going on. The romantic voiceover is a staple of the genre, having been deployed successfully in gangster films from Martin Scorsese’s Goodfellas to Guy Ritchie’s Snatch; but in North v South, it does little to enhance the film.

Nesbit frequently overlays slow-motion sequences with winding monologues, in which Terry introduces previously undisclosed information that always proves a little too convenient. At other points, his narrative voice becomes omniscient, like a novelist divulging information that Terry himself would not know, such as when he narrates a riveting helicopter-chase despite being entirely absent from the scene. Rather than providing extra insight or adding a layer of depth to the character, the narrator instead serves to reiterate plot points and conceal the holes in the film’s own structure.

It was nominated for the Michael Powell award for Best British Feature at this year’s Edinburgh International Film Festival.

A compendium of gangster archetypes that verge on self-satire, held together by a plot as unsophisticated as a WWE fight.