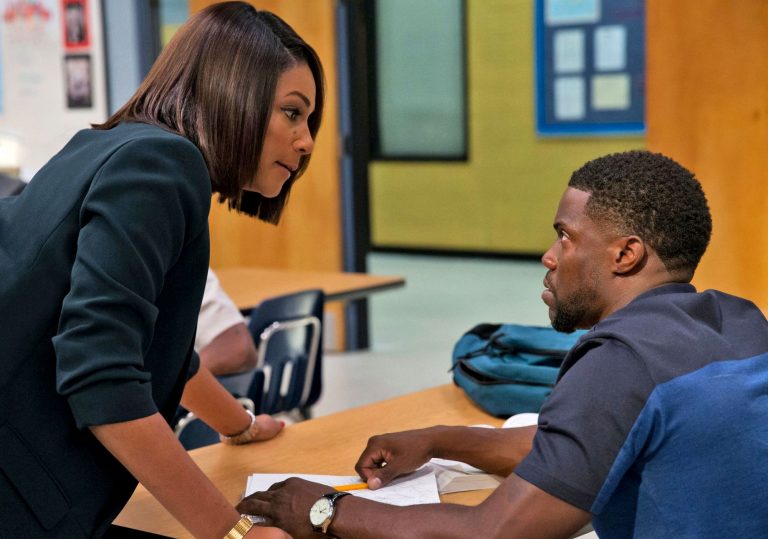 They say you should never judge a book by its cover, but you can judge a film by its poster...

Laughed a lot more than I expected to.

Turn-your-brain-off fare, and not exactly thrilled about the presentation of the female characters.

Hot on the heels of his 2017 success Girls Trip, director Malcolm D Lee once again pairs up with producer Will Packer for this return-to-high school romp. Kevin Hart plays high school drop-out Teddy Walker, and the comedian and actor’s influence is all over the film having co-produced it and also co-written the script. For all of its shaky moments, this vehicle has a seasoned driver at the wheel.

We first meet Teddy in his teenage years as he sits a test for his high school diploma. Overwhelmed, he gets up and makes a defiant speech about refusing to be a sheep before storming out of the exam hall. Years later, Teddy rolls along the road in a flashy convertible next to his girlfriend Lisa (Megalyn Echikunwoke). It appears he didn’t need that diploma to make a success of himself. He’s a serial employee of the month at Joe’s BBQ City, raking in the commission – but with a workplace full of propane gas canisters it’s easy to imagine how the somewhat bumbling Teddy finds himself in need of a new job.

Teddy’s friend Marvin (Ben Schwartz) promises to fix him up with a job as a financial analyst (because that doesn’t take years of studying, surely) on the basis that he secures the job’s only requirement: his high school GED. Teddy vows to attend the night school at his old high school to finally achieve his high school diploma, keeping his new student life a secret from his girlfriend and meeting an eclectic bunch of adult learners who all have the same goal.

The film’s poster has that classic ’90s fold-your-arms-and-lean pose, and indeed it feels like a timeworn story that’s been dusted off and given a 2018 makeover. While fellow night schooler Jaylin (the brilliant and underused Romany Malco) is afraid of the modern world’s rapidly advancing technology (“I first got woke when I saw Terminator”), Teddy is conscious of the political climate. He’s willing to make money any way he can while studying but wearing a chicken suit and spinning an advert for a fast food franchise doesn’t sit right with him. The film raises stereotypes and uses them to comic effect, but the serious points underlying the gags don’t go unnoticed.

‘The black voice’ is a recurring source of humour as the eye-rolling, tough love-advocating night school teacher Carrie (Tiffany Haddish) despairs at the white principle’s (Taran Killam) attempts at sounding like a ‘woke’ African-American. Night School is concerned with making you laugh, so it’s left up to the viewer to decide if there’s a more serious statement being made here.

They say you should never judge a book by its cover, but you can judge a film by its poster...

Laughed a lot more than I expected to.

Turn-your-brain-off fare, and not exactly thrilled about the presentation of the female characters.