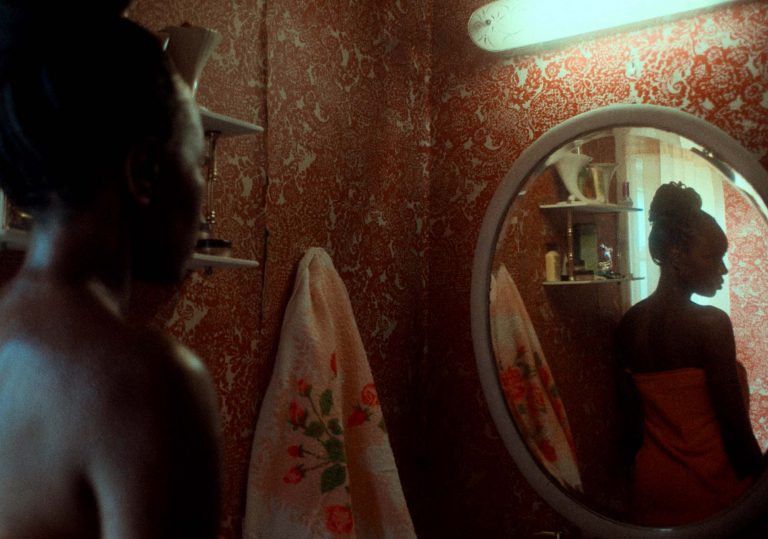 Awe-inspiring visuals and a heart-wrenching story.

A film that surreptitiously sticks in your thoughts.

Domestic workers live at the fringes of other people’s realities, devoting their bodies and souls to rather thankless jobs. Often they are from developing nations, leaving their faraway homes just to make a living, and it is typical that they have children of their own too, whom they rarely see as they take care of their employer’s kids. In Nanny, first time feature filmmaker Nikyatu Jusu takes the spotlight and shines it on this unexplored sect of society, creating a beautiful yet chilling tale surrounding identity, love, and motherhood peppered along with terror, tension, and African mythology.

Aisha (Anna Diop) is an undocumented Senegalese immigrant who starts a new job as the nanny for an affluent Manhattan family in hopes of saving up enough money to bring her own young son over to the United States. She then begins to experience supernatural disturbances that force her to deal with her guilt over leaving her son behind in pursuit of a better life for them.

Jusu’s choice of utilizing the supernatural through African mythology brings a new touch to a genre rife with arbitrary ghosts and ghoulish creatures. There are even moments of hesitancy in their presence — is Aisha in danger, or is she simply being guided? The understated beauty blanketing the film is another aspect that sets it apart, this artistry brought in by cinematographer Rina Yang, whose balance of vivid primary colours and soft tones makes it not only an emotional experience but a visually stunning one too.

Diop astounds as Aisha, her portrayal of a person who must constantly live at an internal crossroads subtle yet constantly varied — she is not only just “the help” but a woman too. Diop’s performance brings a wonderful depth to the character and carries the weight of the film nearly effortlessly. Michelle Monaghan’s role as her employer Amy may be understandably minor, but she also provides a contrast essential for the narrative.

While Nanny does make full use of its atmosphere and tension, Jusu tends to play loosely with the pace, creating narrative lulls here and there that leave a bit too much breathing space. Additionally, although the film has been labelled a “horror”, expectations for physical frights should be brought down low. Nanny may contain horror elements, but these are far from being the frontrunner in this story. The supernatural permeates throughout the narrative but takes a backseat — resulting in a lack of jump-scares and calling for perhaps something even more terrifying: self-reflection.

The film’s focus on the life of a domestic worker is an emotionally fraught experience — materializing perhaps just a fraction of what it would be like in their shoes. With its sprinkling of fear and unique imagery, it frames the personal conflict of Aisha in picturesque moments that provoke gasps and further thought. Nanny is strong showing of Jusu’s promise and prowess as a director, making her future endeavours (notably her newly announced Night of the Living Dead sequel) something to look out for.

Awe-inspiring visuals and a heart-wrenching story.

A film that surreptitiously sticks in your thoughts. 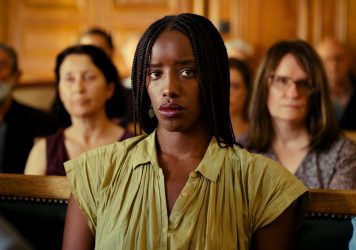 This deeply nuanced treatise on the tragedy of motherhood marks the extraordinary feature debut of Alice Diop.