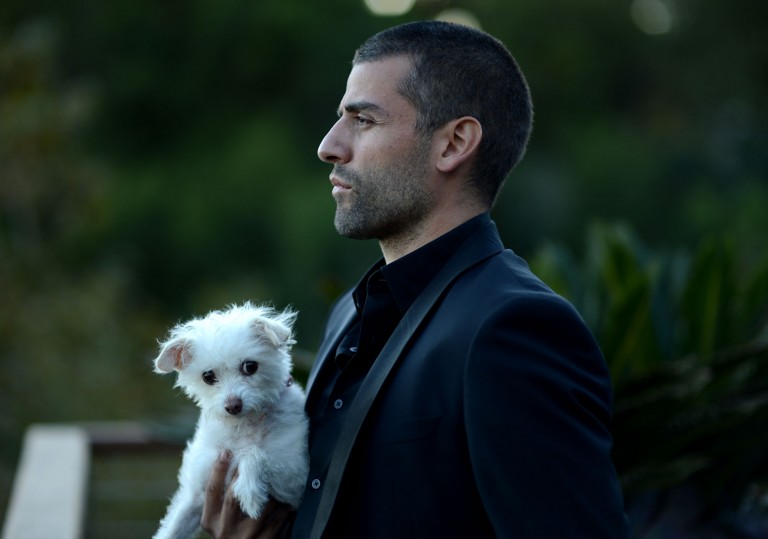 High hopes that William Monahan will get back on track with a The Departed level film.

Oscar Isaac makes a great villain and the film entertains.

The desert captured in all its beauty.

William Monahan, best known as the screenwriter of Martin Scorsese’s The Departed, steps behind the camera for only the second time for the neo-western thriller, Mojave. We join burnt out Hollywood star Thomas (Garret Hedlund) as he heads to the nearby desert with two giant bottles of rum, looking to escape from Beverly Hills but oblivious of the dangers that lurk over the rocky landscape.

He’s on a path of self destruction, smashing bottles and screaming at coyotes in a drunken rage. He totals his Jeep during a casual drive across the mountains, an ‘accident’ which evokes his suicidal disposition. He rolls away from the wreckage, but spies a rifle baring silhouette in the distance. The gunslinger, Jack (Oscar Isaac) arrives in a cowboy hat and caped-coat ensemble – a true spaghetti western throwback.

With a big shiny knife and a kill count etched onto the barrel of his gun, Jack also brings with him the kind of hyper-articulate and intelligent dialogue we’ve come to expect from Monahan. He expresses a murderous level of complexity, even comparing himself to the devil. All the while Thomas’ anxiety in the company of this trespasser leads into an abrupt blade fight and the starting point for desert-scape standoff.

Cinematographer Don Davis captures the desert’s tranquil and solitary ambience, its vast rocky typography and the glimmering California sunset in this opening segment. The deadly pursuit across the dust bowl plays out. “Game on brother,” Jack announces upon discovering the address of his target, and the cat and mouse chase transitions to the Hollywood hills. It soon becomes clear that one of these guys will die, but who else will fall along the way?

Mojave keeps you questioning the mysterious motives of sociopathic Jack until all is revealed during a decisive shoot-out scene. Isaac does a great job as the villain, mirroring Javier Bardem’s Anton Chigurh from the Coen brothers’ No Country of Old Men. Yet Thomas isn’t an interesting or especially sympathetic character, while Hedlund’s performance doesn’t make the final encounter any more exciting or revelatory. Bar the odd explosive moment, the film ends up being quite tiring. Mojave feels like it’s trying to represent a dark relationship between Hollywood and the desert, but the drama is engulfed in overly complex dialogue and an elusive message.

High hopes that William Monahan will get back on track with a The Departed level film.

Oscar Isaac makes a great villain and the film entertains.

The desert captured in all its beauty.