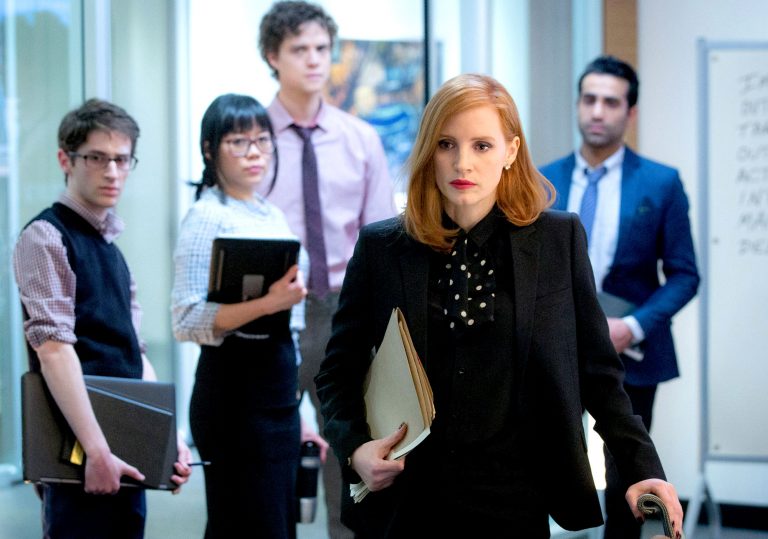 Jessica Chastain is as great as ever, but...

Jessica Chastain takes it to The Man in this House of Cards-y drama about political lobbying.

“When I take the stand, you’ll see nothing but a granite wall,” says Jessica Chastain’s eponymous DC power player to her concerned lawyer, a few minutes into Miss Sloane. He’s schooling her in the necessary specifics of pleading the Fifth Amendment when she’s hauled in front of a special committee, set up to take her to task on ethical infringements in her role as a high-flying “conviction lobbyist”. As the rules of drama dictate, it’s not long before cracks begin to appear, fissures formed when personal assumptions threaten a manicured and ferociously guarded professional veneer.

To all intents and purposes, Elizabeth Sloane is a vampire, a porcelain insomniac subsisting on a steady diet of ego, amphetamines and the weakness of those foolish enough to fall into her circle of influence. She’s “the poster child for the most morally bankrupt profession since faith healing,” ever-ready to fire an arsenal of withering put-downs, to throw comrades-in-arms under a bus in service of an endgame.

Pathologically averse to human relationships beyond the transactional, Sloane fights to keep said granite wall intact; personal questions dismissed with, “That’s all my principles of exchange will allow.” While it’s refreshing that the borderline sociopathy of a gender-neutral corporate warrior suffers little in the way of psychological mansplaining, third act revelations reveal a bluffing hand of catastrophic proportions. 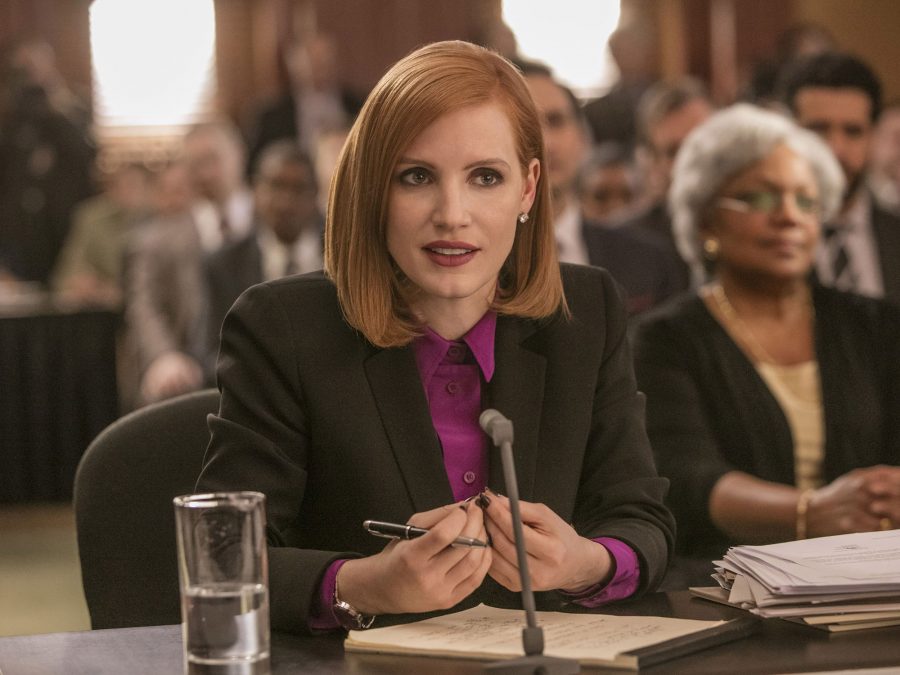 It’s difficult to discuss the clanging stupidity of its denouement without giving too much away, suffice to say that the least of its problems are the cyborg cockroaches and the most hilariously potent intonation of the word ‘EARTHQUAKE’ since Charlton Heston found himself stuck in LA’s crack. The revelation of Perera’s ultimate priority – that everything has been in service to a long-con – undermines all that preceded.

That said, in its own trashy, House of Cards-y kind of way, the film is never less than engaging – even at its most preposterous. Chastain sinks her fangs into her meatiest role since Zero Dark Thirty, and John Madden keeps things moving, whipping off his Marigolds to skilfully negotiate 132 minutes of sub-Sorkin walk-n-talks. Yet with questions of political ethics getting a thorough airing of late, the film’s unwillingness to engage in any meaningful sense with the issues it purports to raise feels like an opportunity squandered.

Jessica Chastain is as great as ever, but...