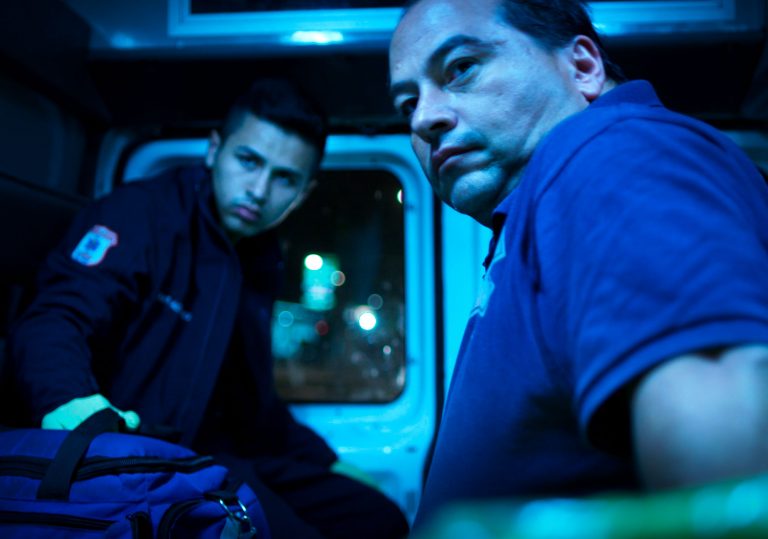 A firm favourite with both audiences and critics from its first festival screening onwards.

Political and personal pressures compound into moral quandaries. Save the NHS.

A police radio reveals an incident. Seventeen-year-old ambulance driver Juan Ochoa’s eyes widen and, within seconds, he’s flicked the switch on his makeshift siren, slammed the ambulance’s gearstick into place, floored the gas pedal, and is hurtling into the night. As the title card of Midnight Family reveals, Mexico City has just 45 government-run ambulances catering for a population of nine million.

As a result, an “informal industry” of commercially operated rescue vehicles has emerged to fill in. Competition for clients is stiff, which means acting fast is critical. But careering into crisis situations doesn’t leave much space for ethical
consideration; things get messy when healthcare and business mix.

“This ambulance feeds us, so stop fucking around,” Juan says to his father, Fer. Luke Lorentzen’s sharply focused first feature – tightly edited and beautifully shot by the director – depicts the struggles the Ochoas face in trying to keep their business afloat. Tracking a series of tricky ambulance operations, and shot mostly from inside vehicles, the film does a great job of unpicking the nuances of this complex situation without resorting to spelling things out.

It displays the thorny decisions that the family face, but also the surrounding socioeconomic factors that inform them. Beyond the technical demands every operation makes – needing clear communication, a calm disposition, instinctive decision-making, and a god-level ability to weave through oncoming traffic – every pickup that doesn’t pay out still incurs costs (gas, equipment, medical supplies, police bribes, etc).

In one rescue, a woman passes away before she can reach the treatment centre. Fer still asks the woman’s grieving mother if she can cover his costs for the trip. Complicating this transaction further is the suggestion that the hospital the Ochoas drove her to wasn’t the nearest, or necessarily even the best, but the one from which they would have profited most. Every action is weighted against another.

A firm favourite with both audiences and critics from its first festival screening onwards.

Political and personal pressures compound into moral quandaries. Save the NHS. 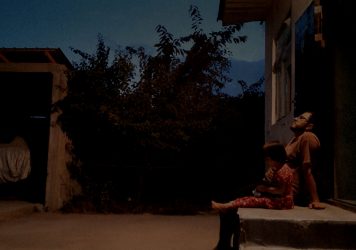