Lover for a Day 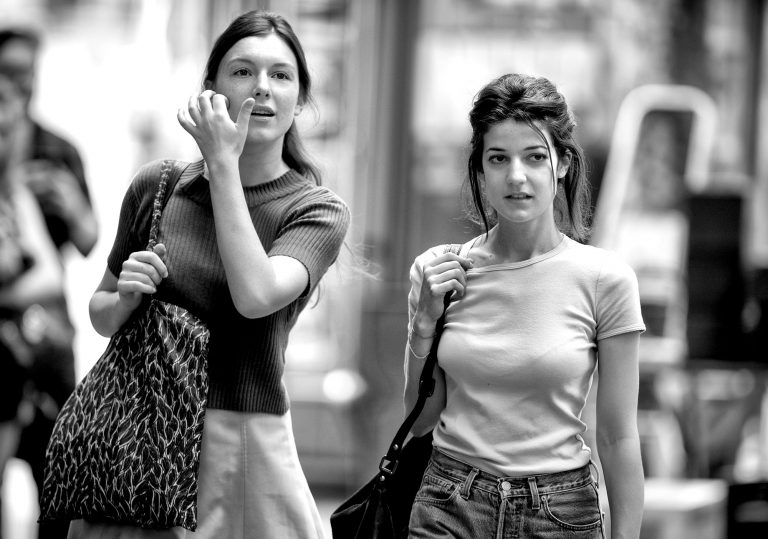 No one is doing intimate relationship dissections like Philippe Garrel.

Another great addition to one of the director’s strongest runs.

Packs a whole lot of nuance and romantic consideration into its bracingly curt run time.

Sveltely constructed, starkly monochrome, and fervent in its treatment of amorous matters, Lover For a Day completes what feels like a perfect triptych of miniatures from post-Nouvelle Vague auteur Philippe Garrel.

It follows Jealousy and In the Shadow of Women, and is another 70-odd minute film that’s tightly constructed while always conveying the emotional messiness of the tangled relationships at its core. These late films may superficially resemble the average Gallic divertissement in terms of content, yet Garrel’s own aphorism that “cinema is Lumière plus Freud” holds truer than ever.

The opening scenes establish a setup that’s markedly more high-concept than usual for him. Middle-aged teacher Gilles (Éric Caravaca) and his much younger student and lover Ariane (Louise Chevillotte) make off to a faculty-only area to have a breathless quickie against a bathroom wall. Then we are introduced to Gilles’ daughter Jeanne (played by Garrel’s daughter Esther – his films are frequently family affairs), crying while dragging a noisy roller suitcase through an empty Paris street at night.

It’s the kind of economy of gesture that’s common across Garrel’s extensive filmography; before learning that Jeanne’s boyfriend has broken up with her, we feel the loss acutely through the sharp contrast of intimacy and loneliness, narrow corridors and expansive streets, ecstatic gasps and convulsive sobs of heartbreak.

Jeanne’s discovery that her father has a new lover the same age as her (23) initially exacerbates the pain, but soon both her and Ariane form a gentle
alliance rather than a bitter rivalry. “You’ll get over it. We always do,” the more experienced Ariane tells Jeanne, and it’s these terse words of hard-earned wisdom that encapsulate the emotional tenor of the film, which might be best described as ‘depressive screwball’.

Garrel doesn’t wring a lot of drama from the premise, and when he does, it’s deliberately subdued. With its diaristic second-person narration and clipped, staccato rhythm, the lm has the fleet-footed essentialism of Robert Bresson, minus the fatalism and intentionally blank performances. Indeed, both Garrel and Chevillotte are luminous physiognomic opposites, and each display a natural expressivity that’s enhanced by Renato Berta’s lush 35mm black-and-white cinematography.

In such a crystalline context, moments of discrepancy stand out, particularly a scene involving Jeanne and her friends gathered at a bar debating the Algerian war with an older bartender. In a less rigorous film, the scene would be a throwaway, but in this case the digression from psychodrama serves as a reminder that introspection shouldn’t come at the expense of political consciousness and a sense of history.

Lover For a Day eventually offers a concise overview of Garrel’s aesthetic and thematic gestalt in a brisk and compact package, and as such, it’s an ideal entry point for newcomers to the director (this is a long way from the literal and figurative desert of 1972’s The Inner Scar, for instance). It’s a modestly scaled and eminently approachable addition to his filmography – as ephemeral as its title suggests, but just as lovely.

No one is doing intimate relationship dissections like Philippe Garrel.

Another great addition to one of the director’s strongest runs.

Packs a whole lot of nuance and romantic consideration into its bracingly curt run time.