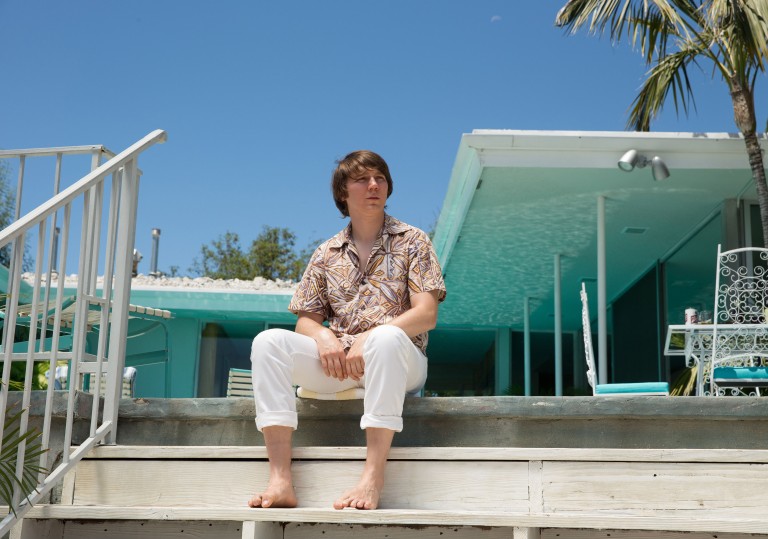 Dano and Cusack and Banks and Giamatti, Oh my, this could be very interesting.

Genuinely arresting, and a refreshingly original approach to pop biography.

It has a lasting effect, largely down to committed performances from all concerned.

Oren Moverman, the writer behind Todd Haynes’ cubist Bob Dylan biopic from 2007, I’m Not There, scripts this screen biography of troubled Beach Boys leader/co-founder, Brian Wilson, with Bill Pohlad stepping out of his usual producer’s seat and moving over to directing. This is a more straightforward tale than Haynes’ film; it isn’t a surreal extrapolation of Wilson’s image, presented in the same teasing mythological manner. But Love & Mercy still employs techniques subtly to build an astounding sense of gravitas around the mysterious singer-songwriter.

A narrative pendulum that swings ruthlessly between the ’60s and ’80s, and the intervening years remain a mystery of presumed steady deterioration. This is essentially an account surrounding the creation of one of the most renowned pop/rock albums of all time – ‘Pet Sounds’. Melding the doo-wop and surf sound of their earlier releases while emulating Phil Spector’s ‘Wall of Sound’ style and slivers of experimental ’60s psychedelia, ‘Pet Sounds’ was a critical darling but a commercial failure in the US upon its release in 1966.

Buckling under the accumulated pressure, Wilson gives way to an unwieldy and disparate web of tangled hallucinatory audial counterpoints. Jarring and unrelenting, his experiments with LSD and the stresses of an abusive childhood leave him open and vulnerable, easy prey for unscrupulous shrink Dr Eugene Landy (Paul Giamatti).

Perhaps as much about the psychological stranglehold of abusive relationships as the struggle of creative endeavour, Love & Mercy warns us to the dangers of perniciously motivated sycophants. The slow, insidious co-opting of fragile people by a series of normalising misdeeds is something we might all do well to pay heed to. Pharmaceutically transformed into a state of malleable placidity by the finance siphoning Landy, Cusack recounts, with dull onomatopoeic thuds, the beatings he received from his father, tragically leaving him all but deaf in one ear. In later years, Landy looms large, holding power of attorney over Wilson, entrapping him in an hermetically sealed horror, his every movement monitored, until Cusack attempts freedom, passing a note to Cadillac saleswomen Melinda Ledbetter (Elizabeth Banks) that simply reads: “Lonely, Afraid, Frightened”.

Love & Mercy doesn’t pluck at the heartstrings, but Wilson’s story is at times terrifying, and the system of abuse he experienced is chilling. Instead, each musical element, each chord, each sound is crisply produced and played in unison to form the song of his life. It’s bittersweet and melancholic, always captivating, holding the irrefutable truth of a pop lyric. Melinda emerges through the haze of bells and whistles, a bassline note of hope ringing as a constant.

Dano and Cusack and Banks and Giamatti, Oh my, this could be very interesting.

Genuinely arresting, and a refreshingly original approach to pop biography.

It has a lasting effect, largely down to committed performances from all concerned.