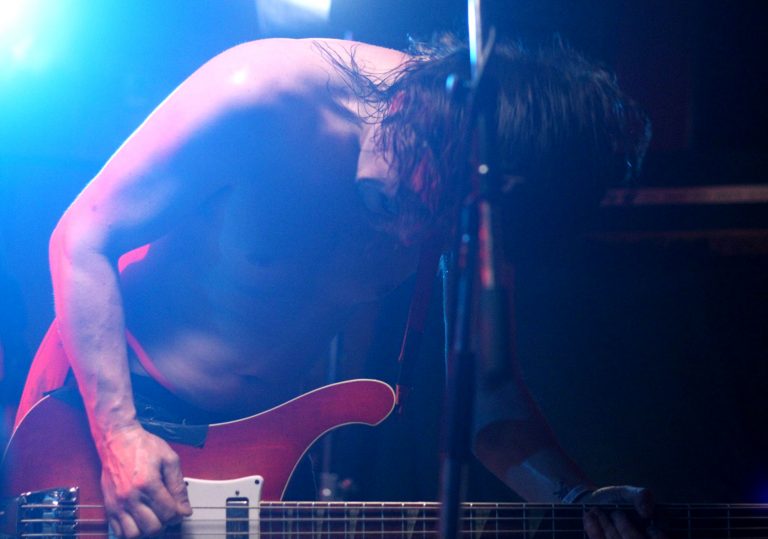 An intimate look at the Glaswegian indie music scene of the ’90s, what’s not to like?

It’s difficult to avoid suspecting that the people who’ll get the most from the film are already in it.

Despite its easygoing charm, the filmmakers probably should have stayed in Glasgow.

This breezy trip through Glasgow’s indie music scene in the 1990s lacks a clear sense of direction.

“I’ve said to you a few times: I don’t know why you’re doing this film,” says Stewart Henderson, director of record label Chemikal Underground and former bass player of The Delgados. “I don’t fucking get it. Mauron was great but it was just a mad trip. I would never have put it up on a pedestal as being this defining moment.” Although he quickly talks himself out of his position, in this moment, sitting in a garden somewhere, Henderson delivers a painfully astute criticism of Lost in France.

While Niall McCann’s documentary lovingly explores Glasgow’s vibrant music scene and the bands on Henderson’s influential label, it is hobbled by its framing story: a 1997 trip to Mauron, France for a festival of Scottish indie music, and a return journey 18 years later by some of its original participants. The first expedition is breathlessly mythologised by attendees including Emma Pollock, Stuart Braithwaite (Mogwai) and Alex Kapranos (Franz Ferdinand), but they struggle to convey anything noteworthy.

By all accounts, the rowdiest moment occurred when one member of the party went missing on a ferry, only to reappear minutes later. A hungover football match is discussed like it was Ozzy Osbourne snorting ants. It’s significant that no one actually gets lost in France, literally or figuratively.

Everyone interviewed is likeable and unpretentious, but it feels like being a plus one at the reunion of someone else’s old friends. The film repeatedly stops dead to watch the group sift through old photographs, trying to remember what was happening in them. If you remove the notion that these people were in seminal bands, they could be any group of fortysomethings reminiscing about a boozy, youthful European adventure – they’re enchanted not because of what happened, but because they were 26 at the time.

A reliance on too-few interviews (the volume of beer in Alex Kapranos’ glass fluctuates conspicuously) prompts much waffling: among other non-revelations, we learn that music is “magical”, “indescribable” and “can change your life”.

Genuinely interesting insights – Henderson reflecting on the artistic importance of the dole, RM Hubbert talking about chronic depression, Kapranos answering whether he feels guilty about becoming more successful than his peers, Braithwaite’s still-palpable excitement at having his Peel session listed on Ceefax – are frustratingly infrequent. Instead, we have to make do with a handful of live performances, some lovely archival footage, and much talk about a bus driver whose name has been lost to time.

An intimate look at the Glaswegian indie music scene of the ’90s, what’s not to like?

It’s difficult to avoid suspecting that the people who’ll get the most from the film are already in it.

Despite its easygoing charm, the filmmakers probably should have stayed in Glasgow. 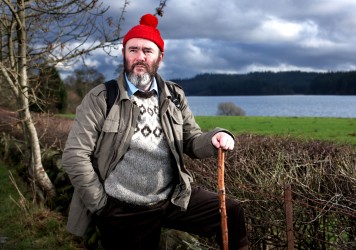