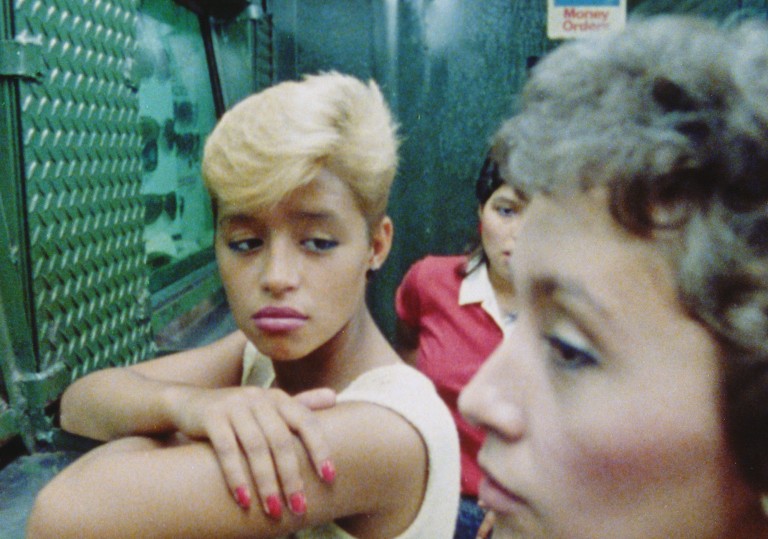 Can this little-known '80s documentary make waves in the modern world?

Oh yes. Complicated portraits of the broken and beautiful.

Echeverria is the poet supreme of Southside’s streets.

This evocative 1984 doc about life in Williamsburg, New York, shows the extent of 21st century gentrification.

This new restoration of Diego Echeverria’s 1984 documentary, Los Sures, is fifteen years too late to the gentrification protest party. Williamsburg today is often the subject of mockery for its plethora of coffee houses and yoga studios. It has become – with little resistance – part of the scenery of chattering class east coast America. But this 60 minute cine-flashback operates as a touchstone for life before the rise of “Little Berlin”. By weaving together personal histories, the film shows Southside survivors hurling hypothetical abuse at Brooklyn bohemians. Los Sures allows them to stick a flag in the ground and create their stories known. We were here. This is what it was like.

The film comprises of five stories. They follow: a car-jacker; a former drug addict; a self-starting street saviour; an ardent spiritualist; and a frustrated social worker. The film says that these people are the gum on the bottom of New York’s shoe. Their existences are constantly unbalanced by crime: to live is to survive, and to survive is an unrelenting struggle. Through montages of murals commemorating the young and murdered, Echeverria accents the blurred line between celebration and making it to the end of the day in this violent Spanish slum.

Between these chaptered accounts, shots of proto-flash mobs and laughing faces illustrate this universe as a kind of urbanised Eden. This spirited portrait of Williamsburg (before the hipster) prevails as a commemoration of community and culture. At first, the place appears more authentic – and desirable – than current reality. But any attempts to glamourise are fleeting. It is the interviews that ground the material and uncover the real, emotional ardour of living in poverty. As desperate resident Ana Maria puts it: “I could hide from the rain, but the rain is inside me.”

The irony of Los Sures is that it is the kind of throwback film beloved by the subcultures currently colonising Williamsburg. Scrappy montages of sights and scenes, with minimal narration, depicts a sense of flighty autonomy in these ghetto dwellers. It allows them to tell the story exactly as it was, without the interference of a director who hasn’t lived it himself. Los Sures provides a vital, social cross-section of New York life at one specific, unmoving moment. It is the uncleansed “before” shot preceding a vision of the city that’s safer, cleaner and more affluent. But is it better?

Can this little-known '80s documentary make waves in the modern world?

Oh yes. Complicated portraits of the broken and beautiful.

Echeverria is the poet supreme of Southside’s streets.