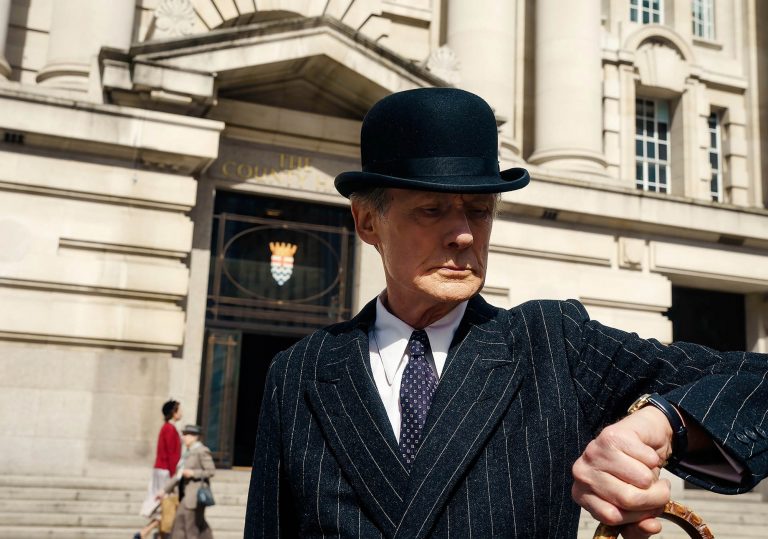 Somehow more beautiful than anything could have suggested.

Melodrama like they don’t make anymore. A poignant swan song and gorgeous celebration of life.

Oliver Hermanus teams up with Kazuo Ishiguro and Bill Nighy for a British reimagining of Akira Kurosawa’s 1952 masterpiece, Ikiru.

Aman should never be forced to underplay the final moments of his life. The news of sudden illness surely deserve the highest level of drama and despair, as time begins to slip through your fingers. Yet there is such piercing vulnerability in the delicacy with which Bill Nighy plays Mr Williams, a Big Smoke pencil pusher forced to reckon with what life really means before he draws his final breath.

He’s not the first nor will he be the last man to reckon with his mortality, and it’s a tall task to even consider retelling the story first put to screen by Akira Kurosawa in 1952 with Ikiru, itself based on Leo Tolstoy’s 1886 novella ‘The Death of Ivan Ilyich’. So Living, directed by South African filmmaker Oliver Hermanus and with a screenplay by Kazuo Ishiguro, doesn’t necessarily shine by telling a peerless story – but the grace with which it is told and played is breathtaking.

Nighy’s performance is so gentle and selfless that, despite the bustle of this 1950s metropolis orbiting around his life, so much of the film spotlights the young professionals learning from his wisdom and somehow trying to understand that life ends and keeps moving at the same time. Aimee Lou Wood, star of Netflix comedy series Sex Education, infuses great sensitivity into the male-heavy office as Margaret. There is wonder in her eyes as a knickerbocker glory is laid down for her pleasure, standing out as one of the most beautiful details in a film full of them.

Alex Sharp and Tom Burke, too, deliver fine work as colleagues and apprentices of Williams, yet this is Nighy’s film and his impact is felt even when he’s nowhere to be seen. But when he is, it’s all the more stunning, not least down to cinematographer Jamie D Ramsay’s striking visuals which pay homage to ’50s melodramas, with colours so vivid it feels like it’s too good to be true and will snap back to reality at any moment. The design of Living adds so much love and pain to Williams’ story, with Emilie Levienaise-Farrouch’s impressionistic orchestral bolstering things further as it offers nods to countless pioneering classical musicians. It’s in the craft where so much of the film’s beauty lies: lived-in yet singular, familiar but quietly spectacular.

The question of what it means to be alive has fascinated countless artists, with so many failing to capture the precious and often indescribable joy of those fleeting moments we’re all chasing after. Living, somehow, does it. Not by reinventing the concept of mortality nor by sending someone off in a firework or puff of smoke. By quietly taking a step back, taking it all in, and finding magic in every person’s being. And when it’s time – by going gracefully.

Somehow more beautiful than anything could have suggested.

Melodrama like they don’t make anymore. A poignant swan song and gorgeous celebration of life.