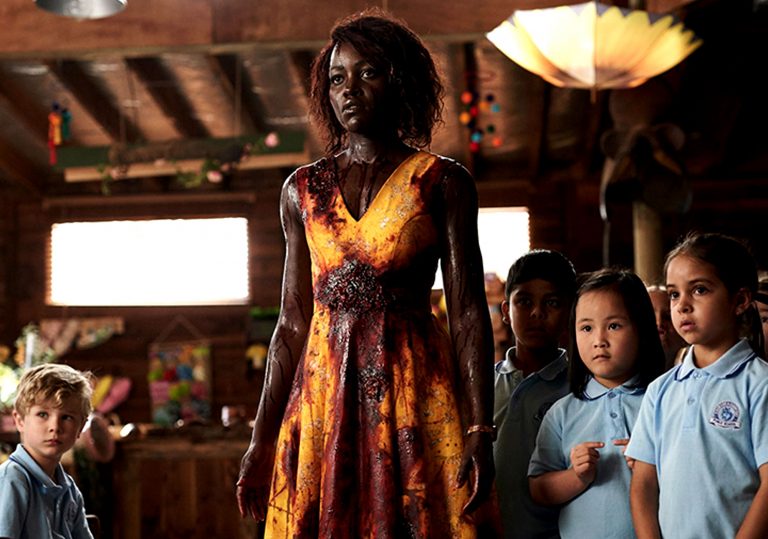 Language aside, even its arrested protagonist might find it too tame.

After he half-heartedly walks out on Sara and moves onto the sofa of his older sister Tess (Kat Stewart), he proves considerably less mature than his five-year-old nephew Felix (Diesel La Torraca). Dave volunteers to join Felix’s class excursion to Pleasant Valley Farm, less out of a good-hearted desire to help out than to get into the pants of Felix’s ever perky teacher Miss Audrey Caroline (Lupita Nyong’o). When ravenous zombies just happen to break out of the ‘US Army Test Facility’ next door, Dave is suddenly forced to grow up fast.

Much like how in Roberto Benigni’s 1997 melodrama Life is Beautiful, the clownish character of Guido maintained the pretence for his young son that their captivity in a Nazi Concentration Camp was all just fun and games, the dedicated Miss Caroline must do something similar (if less rooted in reality) here. She covers up the apocalyptic dangers beleaguering her young wards with a song on her ukulele, a good story or two and an irrepressibly positive attitude.

This contrasts, at least at initially, with Dave’s all-round irresponsibility and unguarded conduct around the children, while even he represents a step up from the narcissistic selfishness of international children’s entertainer Teddy McGiggle (Josh Gad), who would be as happy as the zombies to eat children if it served his interests.

Played with great charm by Nyong’o, Miss Caroline makes for a kickass heroine, and really ought to be the film’s central protagonist. Sadly, this is all about Dave, with the other characters, not to mention the armies of walking dead, feeling like mere foils to our main man’s arc from big kidult to carer (and obvious father material).

If Dave and Teddy behave, in their different ways, like little children in adult bodies, Little Monsters comes with its own age-related conflict of identity. For it is too amiably cutesy to hold much appeal for Serious Horror Fans™, and too aggressively sweary and blue to be suitable for the children who might otherwise love it. Caught in between these two normally distinct age groups, the film perhaps captures and exposes the juvenility that has always, if we are being honest with ourselves, been part and parcel of horror.

“I don’t want to play this game anymore,” complains one of the kindergarten kids near the film’s end. “It makes no sense and the zombies look fake.” She is not wrong – but being a genre viewer requires us to suspend such disbelief and embrace the imagination and anxiety of our inner child.

Language aside, even its arrested protagonist might find it too tame. 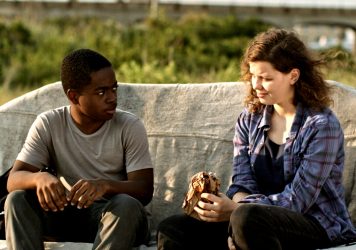 The vampire movie gets an injection of postmodern blood in this intriguing teen drama.