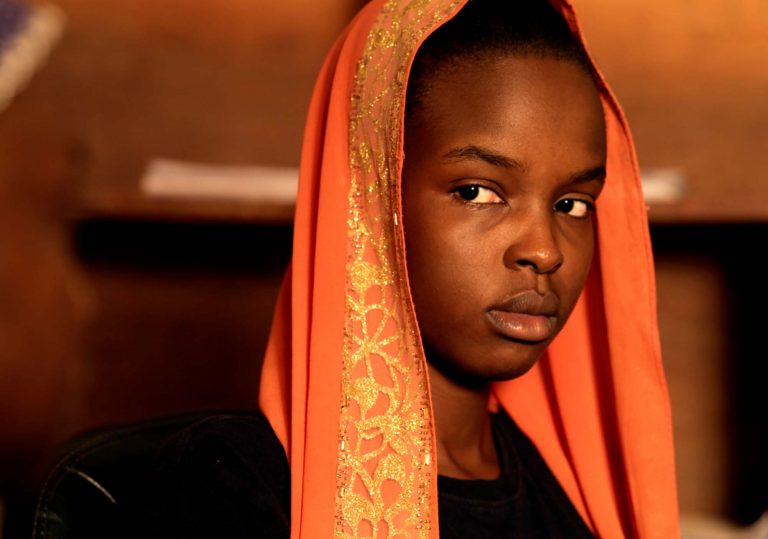 The film has been doing the festival rounds since its premiere in Cannes.

One of the best films of the year – astonishingly realised and lingers with you long after.

Lingui is the Chadian word for ‘Sacred Bonds’, and in director Mahamat-Saleh Haroun’s taut and poetic feature, questions of who and what we are indebted to are both challenged and reaffirmed.

Single mother Amina (Achouackh Abakar Souleymane) is withdrawn from her devout Muslim community, choosing to lead a discrete life with her 15-year-old daughter Maria (Rihane Khalil Alio), who she puts through school by arduously fashioning wire stoves from discarded tyres. When Maria becomes pregnant, claiming not to know how it happened, she is expelled from school and defiantly refuses to lead the same life as her mother, who was discarded by her family as she too became pregnant as a teen.

Going against cultural and political norms, Maria demands an abortion. Lingui could be considered subversive in terms of what UK audiences expect of films about or from central Africa. Telling Amina and Maria’s story well is a principally feminist undertaking that Haroun handles with expert delicacy. By treating their story not as the type of politically-charged abortion drama we see commonly in the West, but as a mother’s quest to redeem her life by helping her daughter, Haroun stitches us into Amina’s shoes, and we share in her desperation and tenacity.

During the film’s 87-minute runtime we come to understand Amina’s unwavering conviction through extreme close-ups. Haroun allows ample breathing room to absorb Souleymane’s strong and subtle performance, while moments of solitude – dancing, or smoking, or working – encourage us to witness Amina’s transformation into the mother she needed at her daughters age. 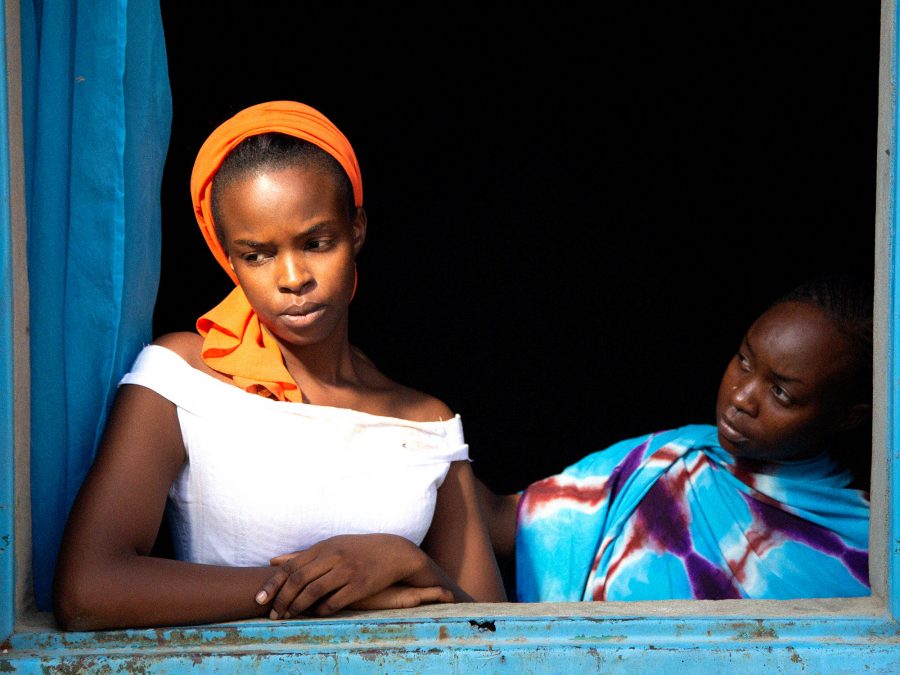 As the narrative advances and Amina has all-but-exhausted the options available to obtain an abortion for Maria, her estranged, monied sister Fanta shows up unexpectedly. Desperate to prevent her own daughter from an FGM procedure that her husband insists on, Fanta and Amina become co-conspirators, and the importance of whisper networks between women rise to the foreground. But any jubilation is in secret, as the women collude for better lives covered by the hum of street markets and city traffic, obtaining their procedures behind closed doors and in eerie silence.

A sequence towards the end of the film, where Amina and Maria try to find their way out of the narrow, maze-like backstreets in their neighbourhood, makes for a compelling horror sequence. The claustrophobic alleyways, with their high walls and false exits – mirror their journey and, in fact, the role society plays in keeping women walled in.

With Lingui, Haroun has created a quiet ode to the women who honour their sacred bonds to one another. By centering a mother and daughter united, instead of characters in opposition, he is able to underline the ways we can support each other in the face of patriarchal tyranny. Maybe this approach is Haroun emphasising that the tyrant doesn’t need another megaphone, or a compelling face or backstory, because when we – in art and in life – look to them, we aren’t looking to each other.

The film has been doing the festival rounds since its premiere in Cannes.

One of the best films of the year – astonishingly realised and lingers with you long after. 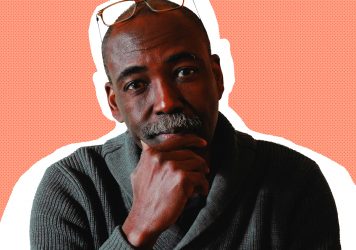 Mahamat-Saleh Haroun: ‘How would the female body exist without the pressure of patriarchy?’

The legendary Chadian director speaks candidly about reproductive rights in his home country and supporting the next generation of filmmakers. 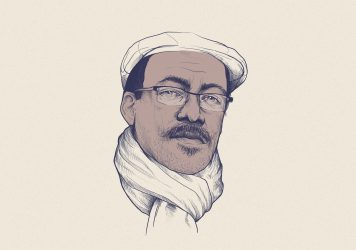 Mahamat-Saleh Haroun: ‘I wanted to give another face to the stranger’

The celebrated Chadian filmmaker on A Season in France and his humane approach to depicting migrants.