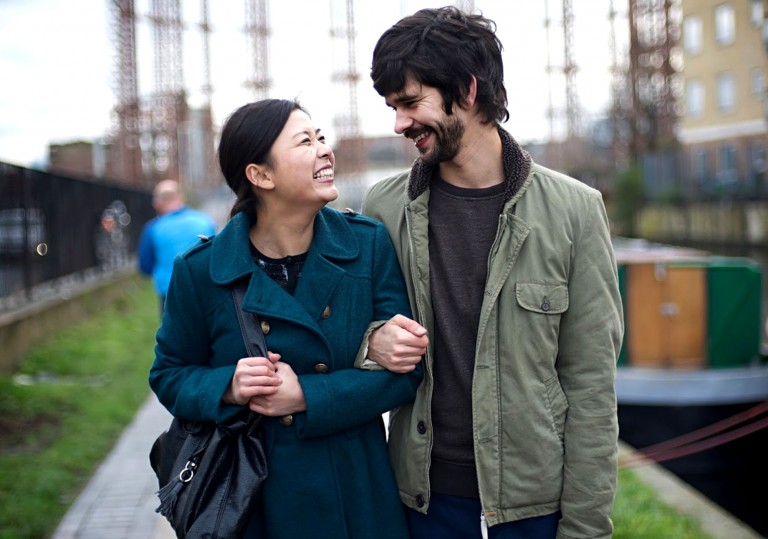 Funded by Microwave, Film London’s scheme for first-time filmmakers — definitely worth a look.

A thoughtful film whose lilting tones occasionally border on the listless.

Admired from a distance, this is a promising debut from Hong Khaou.

“Do you know how it feels to be locked up by your own son, like a pet?” This is the accusation administered by an elderly mother to her only child early on in director Hong Khaou’s Lilting, a distinctive and heartfelt debut feature.

Audience members not fluent in Mandarin will read her words in subtitles, since Junn, the mother in question (played by famed Chinese actress Cheng Pei-pei), despite having moved to London decades ago, has never mastered English. She has, however, managed the odd F-word. Her son, Kai, torn between filial duty and the impossibility of revealing that Richard (Ben Whishaw), the “best friend” that he lives with, is more than just that, has opted to place his widowed mother in the most pleasant care home he could find, rather than take her under his own roof.

We soon realise that these early scenes lie somewhere between flashback and heightened memory; for Kai has died suddenly, leaving both Junn and Richard reeling at the loss of the person they both love the most. Richard, in an effort to come to terms with the tragedy (and to maintain his only living link with Kai) begins visiting the reluctant Junn, and even hires a translator to facilitate a late-autumn courtship between her and an English co-resident.

So begins a tentative, delicate dance between Junn and Richard, who continues to tip-toe around the true nature of his relationship with Kai. It’s very much a case of one step forwards, two steps back, as Richard does his best to respect the fact that — bereft of her family and her native culture — Junn’s grief is the most precious thing she has left.

Ageing, bereavement, prejudice, social dislocation, language barriers — Khaou meshes together an ambitious selection of themes, and his success belies the film’s simple set-up and understated tone. The flashback-heavy structure, aided by Stuart Earl’s ghostly, ambient score, creates a dreamlike, almost atemporal atmosphere. Yet Khaou seems so concerned with emotional landscapes over narrative momentum that at times the film risks simply dissolving into nothing.

That said, he commits to his aesthetic with great conviction. As with the soundtrack, Miren Marañón’s elegant, faintly triply production design (Junn’s care home is steeped in retro décor, supposedly designed to make its elderly inhabitants feel more at ease) and Urszula Pontikos’s fine cinematography (following her recent stand-out work on Weekend, by another emerging Brit talent, Andrew Haigh) lend the film a fragile beauty perfectly attuned to its subject matter.

To leaven the intensity, there are also fragments of gentle comedy in watching Junn and her gentleman friend come to realise that sometimes sweet nothings sound better left in foreign tongues. There are also tender observational details — like how Richard, having picked up Kai’s habits, not only cooks his bacon with chopsticks, but can’t remember how he ever managed a fry-up without them. Clearly a passion project for Khaou, Lilting is a lovingly composed mood piece, just not one that ever fully achieves dramatic lift-off.

Funded by Microwave, Film London’s scheme for first-time filmmakers — definitely worth a look.

A thoughtful film whose lilting tones occasionally border on the listless.

Admired from a distance, this is a promising debut from Hong Khaou.