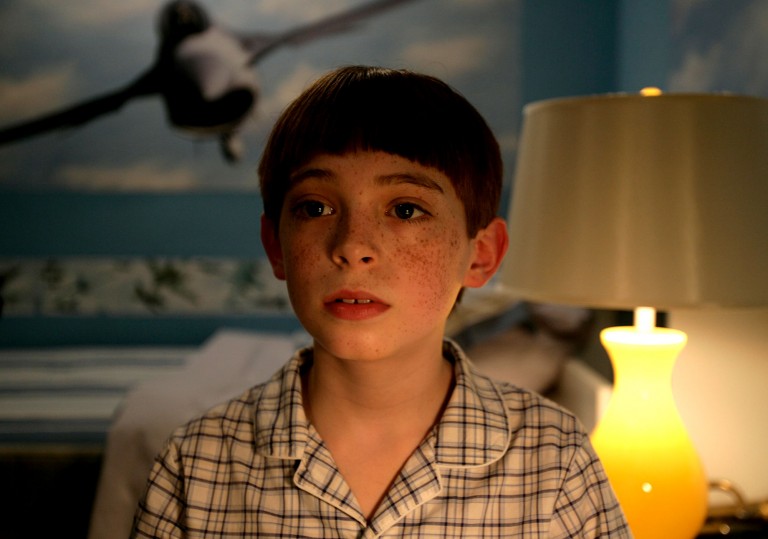 Todd Solondz returns, but has his form followed?

Just like any family reunion: forced, painful and underwhelming.

Planning another get-together? Never would be too soon.

Todd Solondz family reunion is just like any other: forced, painful and underwhelming.

In 1998 Todd Solondz shattered the outer layer of the indiesphere with his savagely dark exploration of American suburbia, Happiness. Provocative, tragic, yet starkly tender, Solondz set a benchmark for smart cinema that has rarely been matched and never bettered – indeed, the New Jersey native has struggled to fill his own shoes. Ten years and only two films on, he returns to his roots and the family that helped secure his cult status. The question is, has he rediscovered his incendiary touch?

From the outset it’s hard to ignore how lazy and confused Life During Wartime feels. Picking up a decade after our deviant ensemble were left rotting in their own desolation, the opening scene is a near shot-for-shot rehash from Solondz’s late ‘90s original, with Joy (Shirley Henderson) and now-husband Allen (Michael K Williams) engaged in the most awkward of dinner dates. Once again Joy takes her place as the film’s fragile mainmast; rocked by her partner’s former ‘afflictions’ and splintered by apparitions of former lover Andy (Paul Reubens).

Seeking escape, she visits her estranged sisters, but finds Helen (Ally Sheedy) suffering from her own self-inflated celebrity, after moderate success as a screenwriter; and Trish (Alison Janney) buckling under the strain of single-motherhood. Meanwhile, Trish’s ex-husband Bill (Ciarán Hinds) is finding rehabilitation hard following his release from prison, as he tries to reconnect with the world he left behind. Once again it’s a depressing state of affairs, but the real tragedy is how fruitlessly the foundations have been rocked.

The sharp-eyed cineaste will no doubt have picked up on a few cast changes. In fact, every character has undergone a very literal transformation, with results ranging from logical (Henderson’s Joy is a fitting reincarnation) to incongruous (Williams replaces the altogether paler Philip Seymour Hoffman). Regardless of whether this recasting works or not – and for the most part it does – it ultimately detracts focus from the narrative, as Solondz transcends sequeldom and enters the spectrum of the part-remake/part-variation.

While strong central performances go some way towards making amends for a wearisome plot, Solondz’s insipid script lacks the subtlety required when handling such sensitive material. Where Happiness shocked in measured spurts of excruciating, gripping dialogue, Wartime is wasteful; squandering genuine dramatic tension with profanity for the sake of shock value. Tact was never on the agenda, but it was the shrewd exposure of the former film’s razor-sharp edges that allowed the cuts to sink so deep.

This is a tired turn from a filmmaker whose perspective has clearly become jaded. Yes it’s audacious, but it’s also ignorantly constructed; alienating newcomers while instantaneously betraying fans. Perhaps it was wrong to expect more from a filmmaker whose artistic vision has gone askew in recent years. In any case, it’s sad to see a once acerbic master of suburban spotlighting disregard poignancy and sincerity as spoils of a premise that has clearly overplayed its strengths.

Todd Solondz returns, but has his form followed?

Just like any family reunion: forced, painful and underwhelming.

Planning another get-together? Never would be too soon. 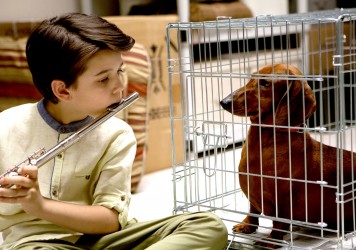 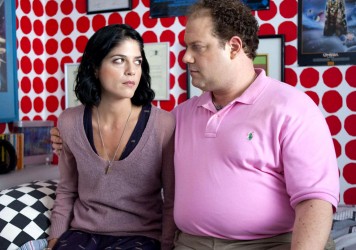