Lek and the Dogs 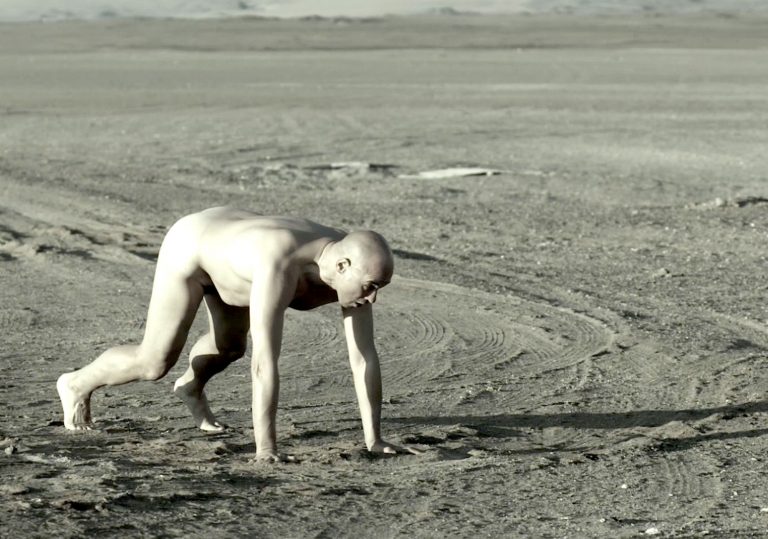 A tough but highly absorbing watch.

Lek’s story is a haunting one.

Lek and the Dogs opens on a desolate landscape, completely empty except for the naked figure we see scrambling across the ground on all fours. Is he man or beast? At this point in Lek’s life, he doesn’t seem to fit comfortably in either world.

This new film by British maverick Andrew Kötting is a loose adaptation of the acclaimed play ‘Ivan and the Dogs’ by Hattie Naylor, which was inspired by the true story of Ivan Mishukov. In 1996, four-year-old Ivan walked out of his family home in Moscow, away from the clutches of his mother’s drunken and abusive boyfriend. He lived on the streets for the next two years, befriending a pack of wild dogs with whom he could scavenge and sleep. These animals offered him a greater sense of companionship and protection than he had ever experienced with his family, and he would flee with them whenever the police attempted to bring him back to the human world.

Ivan eventually did return to human life, re-learning speech and going on to live a relatively ordinary life, but the protagonist of Kötting’s film has chosen to resume his existence with his canine friends, finding people too much to bear. “Safety is under the surface,” Lek decides, before sharing his story from his dark subterranean den, muttering into a tape recorder with his bald head looming out of the shadows like Marlon Brando’s Kurtz.

Lek is played by Xavier Tchili, the French performance artist who previously appeared as characters with the same name in Kötting’s This Filthy Earth and Ivul, and these films now feel like a loose thematic trilogy about society, family and our relationship with the landscape. Andrew Kötting is a difficult artist to pin down, working prolifically and eclectically across a variety of media, but Lek and the Dogs feels like one of his most accomplished and fully realised works.

It’s a remarkable audio-visual experience. While Lek’s soliloquy gives the film its spine, Kötting layers multiple voiceovers on to the soundtrack; a body psychotherapist and a child psychologist give us an insight into the behaviour and emotional makeup of men and dogs, while a recording of Lek’s wife – who he abandoned when she refused to join him underground – shades in his brief and unsuccessful attempt to re-enter society.

Kötting’s regular cinematographer Nick Gordon Smith evokes Tarkovsky’s Stalker with his stark images of Lek wandering through the wastelands, but it’s the director’s imaginative use of archive footage that really impresses, as he skilfully uses it to illustrate Lek’s experiences and to create a vivid portrait of the broken society he emerged from. Lek and the Dogs is a dense and challenging film, but it’s also a rewarding one that carries a powerful emotional charge thanks to Tchili’s spellbinding lead performance.

The film is about the legacy of childhood trauma, and how it can scar and warp an entire life, and as played by Tchili, Lek appears to be a genuinely tormented soul; it’s as if each memory he retrieves for us is causing him physical pain. By the end of the film we understand why Lek has chosen to live this way, rejecting his own species and finding solace with another. “My dogs have never left me,” he weeps, “but humans… they never hear.”

A tough but highly absorbing watch.

Lek’s story is a haunting one. 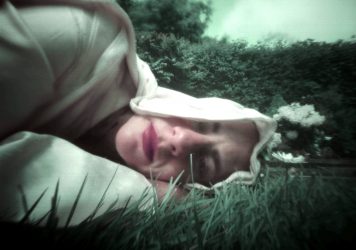