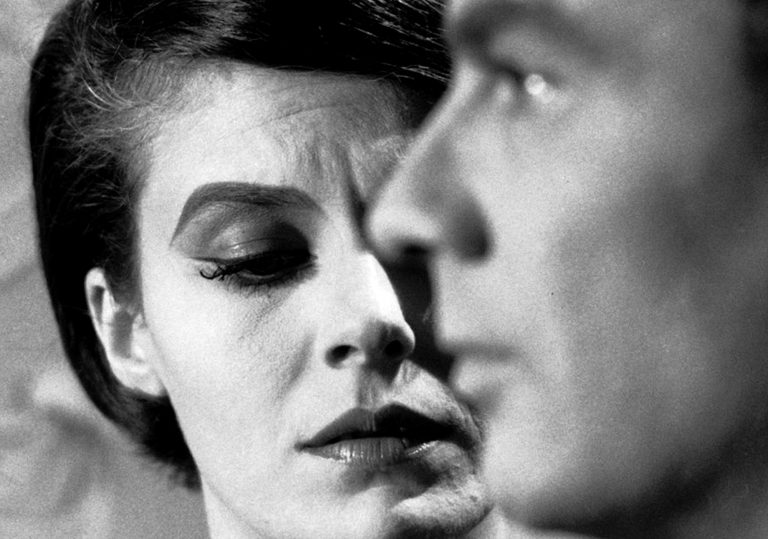 Alain Resnais’ 1961 classic gets better with every viewing.

As elegant in its symmetries as it is perplexing in its paradoxes.

Here’s a riddle: if you took the horror out of The Shining and Triangle, the comedy out of Groundhog Day, the science-fiction out of Inception and Source Code, or the stop-motion grotesquerie out of The PianoTuner of EarthQuakes, what would be left?

The answer is Last Year at Marienbad, an enigmatic mind-melt that sends characters and viewers alike on a chronology-confounding loop down labyrinthine corridors – and up garden paths – in pursuit of a (re)solution that, even after it has been found, remains elusive and ambiguous in its meaning.

There is the passion and pain of a classic love triangle, the intrigue of a mystery, there are even hints of a rape and possibly a murder – but all these sensationalist thrills are buried deep beneath a calmly reflective surface of staid, chilly perfection. Here, the pleasures of genre remain tantalisingly out of reach, even if one or two of the characters yearn for something, anything, to break all the ice.

In a baroque hotel, as guests gossip in hushed tones about a past scandal and last summer’s impossibly frosty weather, an intensely earnest man (Giorgio Albertazzi) woos an elegant, languorous woman (Delphine Seyrig), repeatedly insisting that they had not only met in a previous year, but also fallen in love, and even planned to leave together.

At first she denies remembering him or an affair, but over the course of what might be days, weeks, years or an eternity, his words draw her out of her oblivion into complicity with his memory – or is it fantasy? Meanwhile, the woman’s cadaverous husband or guardian (Sacha Pitoëff) observes this courtship with grave resignation – when, that is, he is not challenging all comers to an absurd game of wits that he seems always to win.

As the woman is both confused and gradually seduced by a suitor who seems all at once mesmerist, abuser, Theseus-like rescuer and Orpheus-like resurrector, we too become lost – not just in the maze-like hallways and trompe l’oeil perspectives that Sacha Vierny tracks in his exquisitely fluid cinematography, but also in the web of echoing words and recurring scenarios that make the screenplay (the first by Alain Robbe-Grillet, pioneer of the nouveau roman) such a dizzying modernist construction.

Heavily laden with décor from the past, peopled with stuffy haute bourgeoisie (whose discourse and gestures are on occasion literally frozen), and stuck in a 1920s that apparently never ends, Alain Resnais’ rococo resort is a monument to the claustrophobic trappings of cinéma de papa.

Unlike, however, his fellow surfers of the French New Wave, who were breathlessly demolishing every received value of filmmaking, Resnais prefers a more nuanced approach to cinema’s heritage. For, his film suggests, those who simply forget the past are doomed to repeat it; set adrift, like his undead characters, in a haunted hall of mirrors where nothing new ever happens. It is a nightmare of entrapment, but nightmares are rarely so graceful, so stately and so utterly ludic.

Alain Resnais’ 1961 classic gets better with every viewing.

As elegant in its symmetries as it is perplexing in its paradoxes. 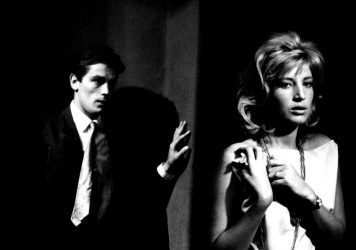