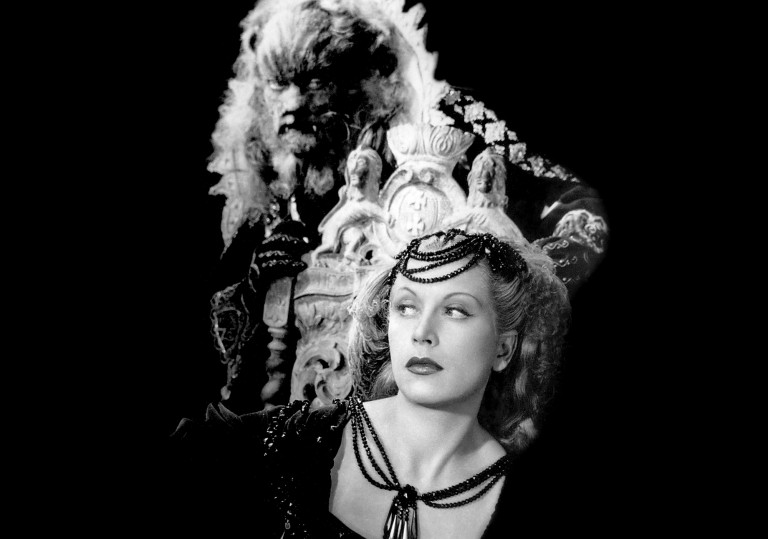 Fairy tale cinema at its most subversive and magical.

“Children believe what we tell them. They have complete faith in us.” These fateful words, written in chalk during the opening sequence of Jean Cocteau’s La Belle et la Bête, preface the kind of powerful fairy tale rhetoric found in many a fable. We the audience must suspend our disbelief and see the following story through eyes of an innocent. The irony in this request is that Cocteau ends up using the magic found in such traditional narratives to indict the greedy contempt of grown children eager to sacrifice family in order to fulfil their basest desires.

Potential for brutality and violence is immediately clear in La Belle et la Bête, a sly and dark spin on the classic story of a cursed Beast (Jean Marsais) who becomes even more tormented after forcing a lovely damsel to hold up in his fantastical abode. During one early moment involving some misguided archery practice, an errant arrow flies through one open window almost skewering a lap dog. The threat of death is always but a few inches away. What follows is an explosion of bickering, accusing, and backstabbing that has become a familiar trait for Belle’s (Josette Day) dysfunctional family.

While her abrasive sisters prepare for a posh party across town, her deadbeat brother and his brute of a friend Avenant (also played by Marsais) lounge around the house causing trouble. Even worse, her impotent and flailing businessman of a father (Marcel André) is slowly being suffocated by his family’s self-destructive ways, quietly waiting to see who will ruin him first, the children or the debt collectors. It’s this desperation that leads the broken patriarch (and eventually Belle herself) into the Beast’s clutches.

If the first act of La Belle et la Bête showcases familial insecurity in all its ferociousness, the second part, which actually involves a monster, is amazingly peaceful, full of surrealist cinema tricks and haunting imagery. As Belle makes her way through the extensive hallways of the Beast’s house, billows of smoke seem to follow her every move. Hands jet out from the walls holding chandeliers, their light fading in and out as this gorgeous woman glides through the ornate space.

The Beast watches closely, visiting Belle at the stroke of seven to ask for her hand in marriage. But unlike the 1989 Disney version, this plot device is supposed to portray a suffering sense of longing that will never be quelled. We see this isolation in a shot of the Beast lapping up water from a pond, passing the day as a man who has long embraced his animalistic curse when alone.

Herein lies Cocteau’s core dichotomy, the idea that both monstrosity and beauty can be concealed skilfully from the naïve eye, but will eventually spill out like a cup brimming with too much water. It’s what makes La Belle et la Bête such a lasting lesson for the spoiled children (both young and old) who think they can live without living well.

Fairy tale cinema at its most subversive and magical.