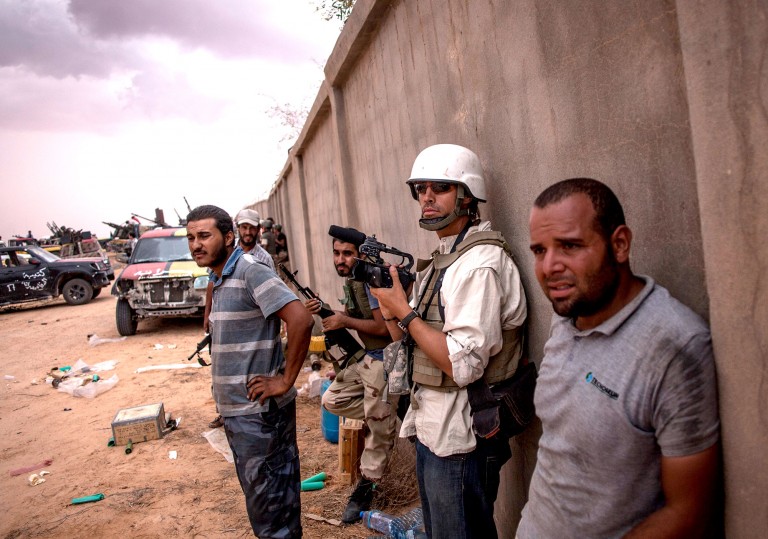 The first full-length exploration of James Foley’s life – directed by one of his closest friends.

An emotive portrait of the impact Foley had on the people he left behind.

An important reminder of why we need conflict journalists – and the dangers they face.

Seek out this troubling study of a man who sacrificed his life to take pictures in highly dangerous locations.

In 2014, American journalist James Foley was kidnapped by ISIS militants in Syria. After a period of imprisonment and torture, he was executed on camera. The image of Foley in an orange jumpsuit, a hooded figure looming over him, has become permanently etched in our collective consciousness. For many who had never heard of Foley prior to his death, his life was defined by that terrible act. Director Brian Oakes seeks to remedy that.

Jim: The James Foley Story isn’t a hard-hitting piece of journalism. It doesn’t need to be. Although Foley’s reports from Libya and Syria are included throughout, much of the running time is devoted to interviews with Foley’s family and colleagues. They paint an intimate portrait of a restless figure, one who struggled with the banality of ordinary life in suburban New Hampshire. His friends in the field underline Foley’s work ethic and empathy: his determination to shine a light on atrocities in conflict zones; his difficulty coming to terms with the boundaries of journalistic distance; his occasional tendency towards macho aggression. His death made him into a political martyr. This documentary is a poignant attempt to articulate and reclaim that loss.

The second half of the documentary focuses on the photojournalists held captive alongside Foley in Syria. The filmmakers emulate the dimly lit, oppressive spaces in which they were imprisoned. The former inmates talk about their experiences trying to establish some semblance of a life – playing games, celebrating Christmas – amid the worst possible conditions. Their testimonies are interspersed with shadowy re-enactments of the torture they endured, made all the more distressing by the fact that we never see any violence in detail, leaving us to imagine the worst. Unsurprisingly, this is the most harrowing part of the documentary. But equally, as they talk about the strength they drew from Foley’s presence, it also manages to be its most moving.

The first full-length exploration of James Foley’s life – directed by one of his closest friends.

An emotive portrait of the impact Foley had on the people he left behind.

An important reminder of why we need conflict journalists – and the dangers they face. 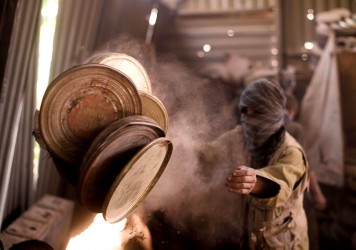 This documentary on the decimation of the Afghan Film Archive tells a wider tale about global cultural terrorism.